Pictures of a elaborately designed miniature setting of a forest, were filmed solitary and combined with 3D animations of firebugs and gardenspiders in post-production. Accompanied with sound effects and appropriate electronic music the bugs are taking action… 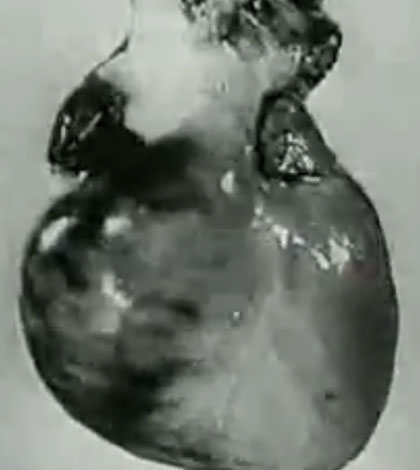 An experimental medical procedure breathes life into a severed dog head in this 1940 film Soviet documentary.

Experiments in the Revival of Organisms is a 1940 film documenting Soviet research into the resuscitation of clinically dead tissue.

The film shows the use of a heart-lung apparatus called the autojektor to revive a heart, a lung, and a severed dog head. It then shows a severed dog head connected to the machine, and it seems to be alive. After that, a dog is slowly brought to clinical death by draining its blood, and then revived.

According to the film, the dog recovered and continued to live a healthy life.

The film states that several dogs were resuscitated in the same way, including one which was the offspring of parents who were both also resuscitated.

British scientist J. B. S. Haldane appears in the film’s introduction and narrates. The operations are credited to doctors Boris Levinskovsky and Sergei S. Bryukhonenko.

Before he invented the telephone, Alexander Graham Bell created a device that recorded sound using a dead man’s ear.