Jesus is coming. Get your guns.

In the wake of yet another devastating school shooting, the Sanctuary Church and Rod of Iron Ministries in Pennsylvania is planning to hold a ceremony next week during which Reverend Sean Moon will bless guns owned by members of the congregation, WNEP/ABC Newswatch 16 reported.

“This will be a big thing for us,” a member of the church said. “It’s a new stage for us because it incorporates the rod of iron, as it is in Revelations. Revelations talks about the returning Christ ruling with the rod of iron.”

The rod of iron, he elaborates in the interview, is the AR-15.

The wrathful God of the Old Testament definitely would have loved the modern American attitude, that we all have the inalienable right to weapons designed for the singular purpose of mowing down large swaths of humanity as quickly as possible. But it baffles me why the good lord and savior Jesus Christ or any of his flock would need secular armaments. 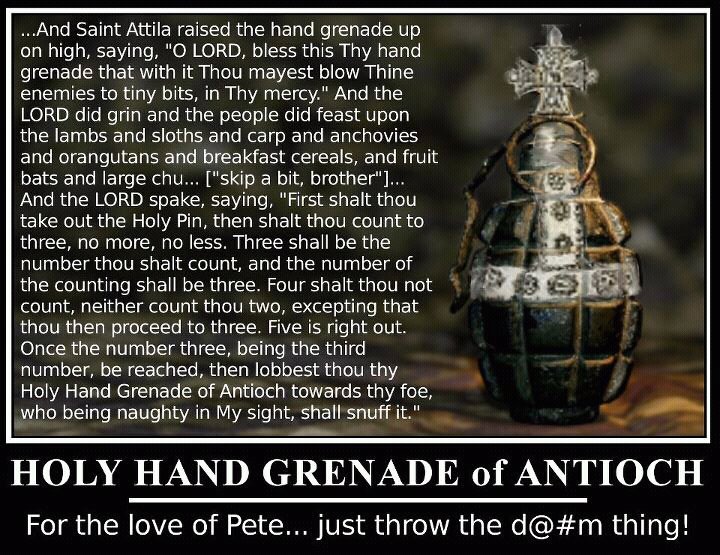 This woman is suing to get Bigfoot recognized as a species

When scientists “discover” what indigenous people have known for centuries

Some physicists think time may be slowing down

Is the fall equinox the secret to the pyramids’ near-perfect alignment?

The playboy who got away with $242m – using “black magic”

Want to live forever? You just have to make it to 2050

Vintage hearses from around the world

China cracks down on funeral strippers

Do trees talk to each other?

Homo erectus may have been a sailor

No one living in Britain is truly British

Inside the mind of Amanda Feilding, countess of psychedelic science

Is humanity ready for the discovery of alien life?

Measles is on the rise in Europe

There’s a persistent hum in this Canadian city, and no one knows why

Who needs God’s guns when you could have Satan’s toaster:

https://www.instagram.com/p/BfccQ4wgR61/?taken-by=deaddoll_muse
Tag your oddities and adventures #cultofweird to be featured! 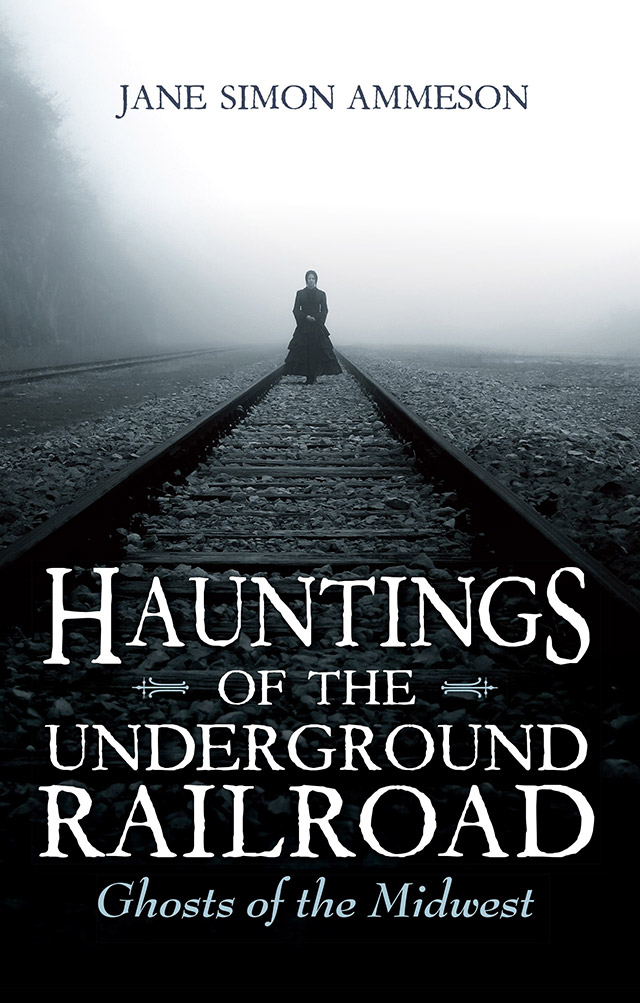 Before the Civil War, a network of secret routes and safe houses crisscrossed the Midwest to help African Americans travel north to escape slavery. Although many slaves were able to escape to the safety of Canada, others met untimely deaths on the treacherous journey-and some of these unfortunates still linger, unable to rest in peace.
BUY NOW ON AMAZON 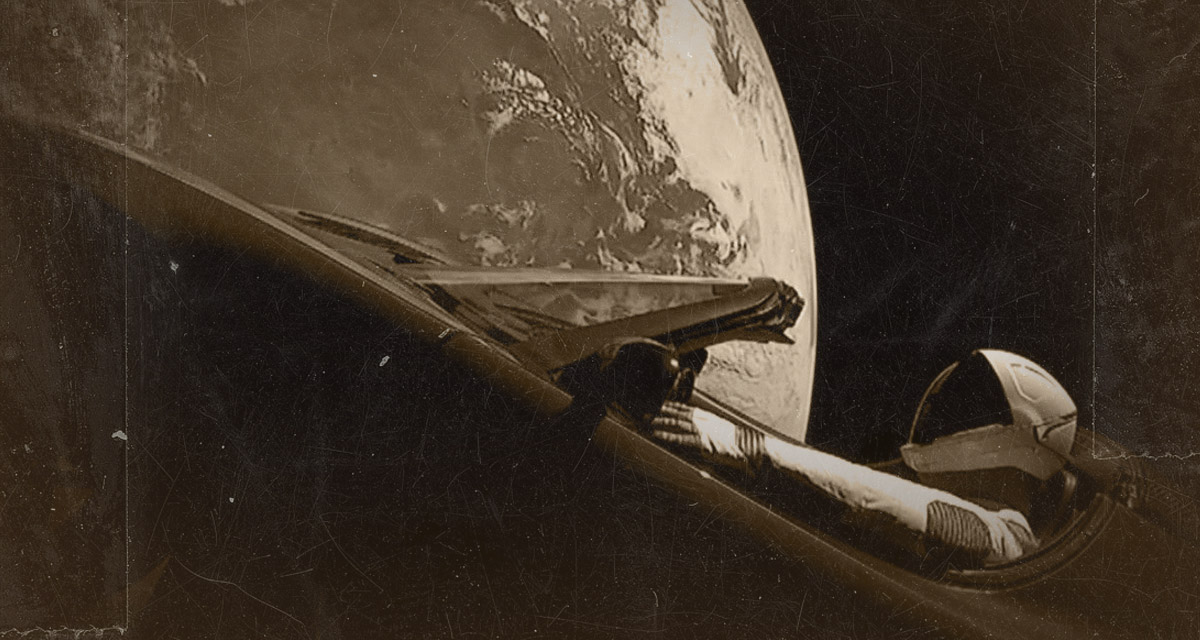 This week’s roundup of weird news includes big rockets, deep space penetration, and a man with an extraterrestrial lover.

This week Elon Musk and SpaceX made history by launching a car into space. Starman, coolly positioned in the driver’s seat of Musk’s midnight cherry red Tesla Roadster, listening to David Bowie while careening through the harsh vacuum of space, is a testament to human ingenuity and our ability to overcome. We are collectively screaming into the void that we will not let trivial things like physics keep us from propelling our junk into space.

And yeah, it was awesome. We are all lucky to have witnessed a billionaire’s enormous rocket-powered phallus shoot it’s load deep into the cosmos.

While we ponder the deeper philosophical implications of this great galactic coitus, let’s review some of the other strange (and equally perverse) news that happened right here on terra firma:

Flat Earther couldn’t get his rocket up

Screaming woman tears her own eyeballs out

This funeral home-scented cologne is perfect for date night

Off limits: Sweetheart lingerie of WWII

Love and saucers: Meet the man who has sex with aliens

Was David Bowie’s exact date of death predicted by a psychic in the 70s?

The Victorian woman who drew pictures of ghosts

What Winchester gets wrong about an American landmark

The sex toy shops that switched on a feminist revolution 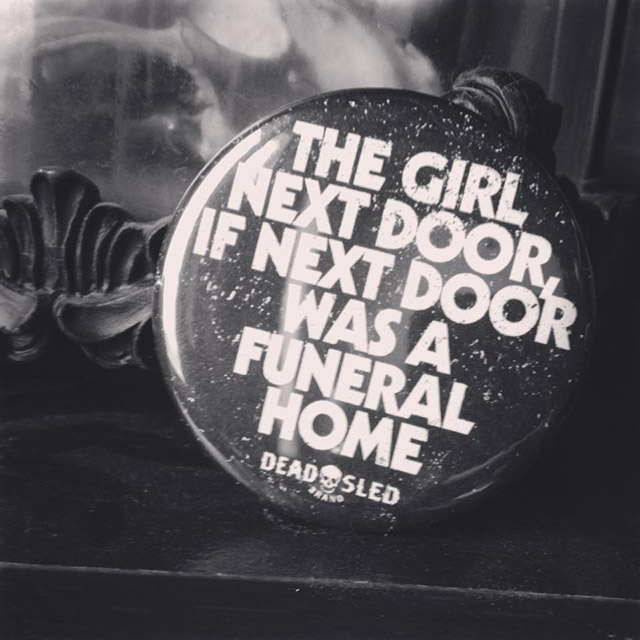 New button from our friends at Dead Sled Brand

Ladies, welcome to the 19th century, where there’s arsenic in your face cream, a pot of cold pee sits under your bed, and all of your underwear is crotchless. Unmentionable: The Victorian Lady’s Guide to Sex, Marriage, and Manners is your hilarious, illustrated, scandalously honest (yet never crass) guide to the secrets of Victorian womanhood, giving you detailed advice on what to wear, where to relieve yourself, how to conceal your loathsome addiction to menstruating, what to expect on your wedding night, how to be the perfect Victorian wife, why masturbating will kill you, and more.
BUY NOW ON AMAZON 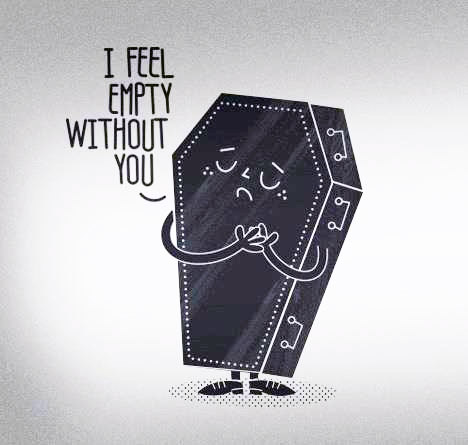