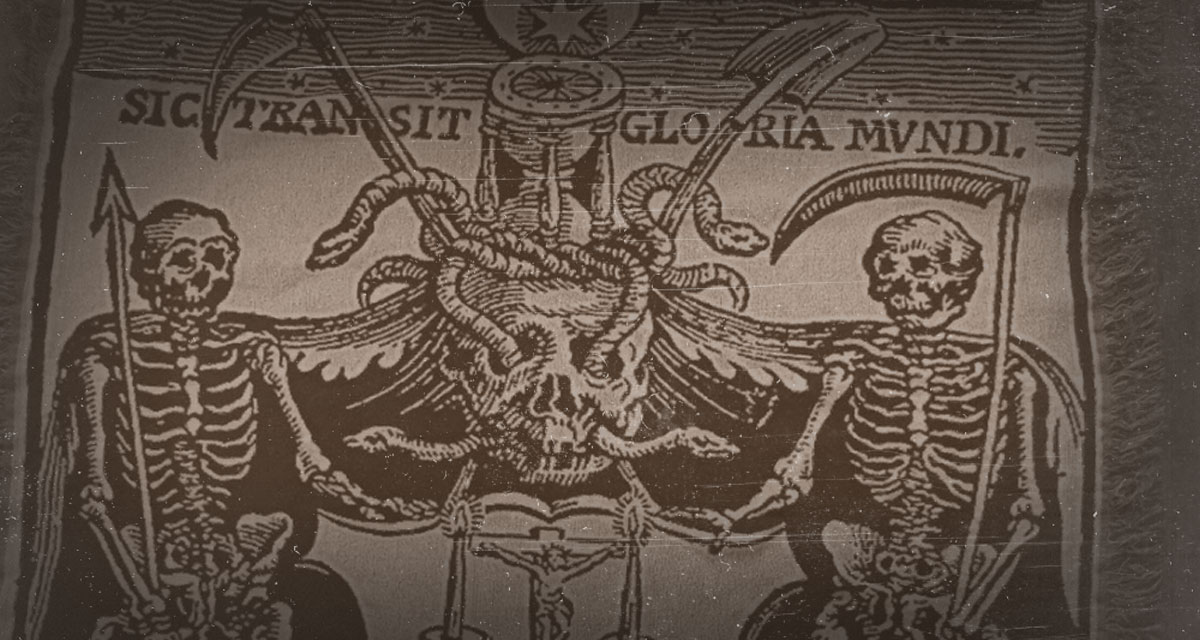 Today’s featured oddities are a collection of memento mori, a reminder to never forget the transitory nature of life. 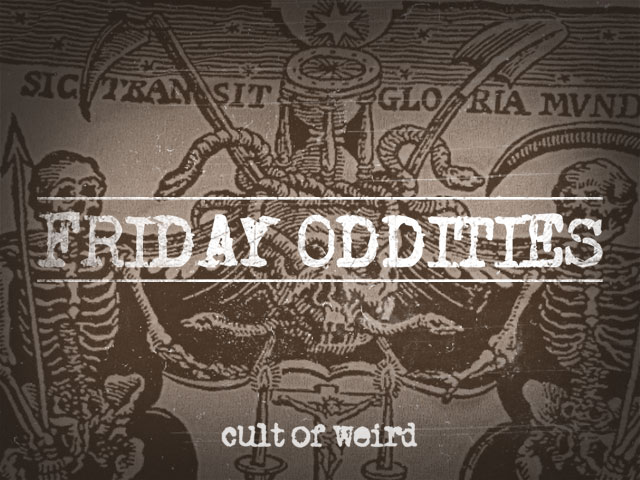 One thing in life is absolutely certain: No one gets out alive. If the wisest and wealthiest of the human race, giants like Albert Einstein, Walt Disney, Stephen Hawking, or David Bowie, cannot avoid the inevitable, what chance do those of us clinging to the bottom rungs have?

Even if Walt really is cryogenically frozen beneath Disneyland’s “Pirates of the Caribbean” attraction, awaiting some future technology capable of restoring life to his inanimate corpse, he is still currently a corpse. A spark of life that flared out long ago, like the ghost lights of long dead stars that haunt our night sky.

By the time the light reaches our eyes, the source has already burnt out. 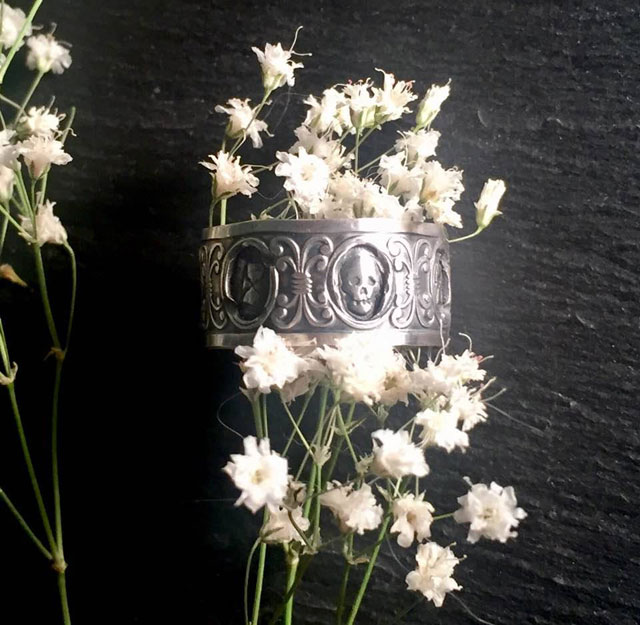 A sterling ring with skulls and hourglasses by artist Angela Kirkpatrick. Find this and other post-mortem keepsakes in Angela’s shop right here. 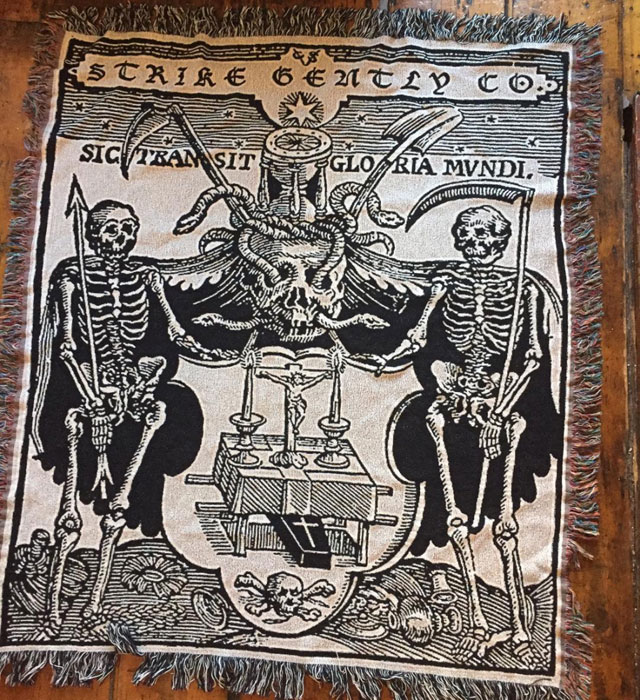 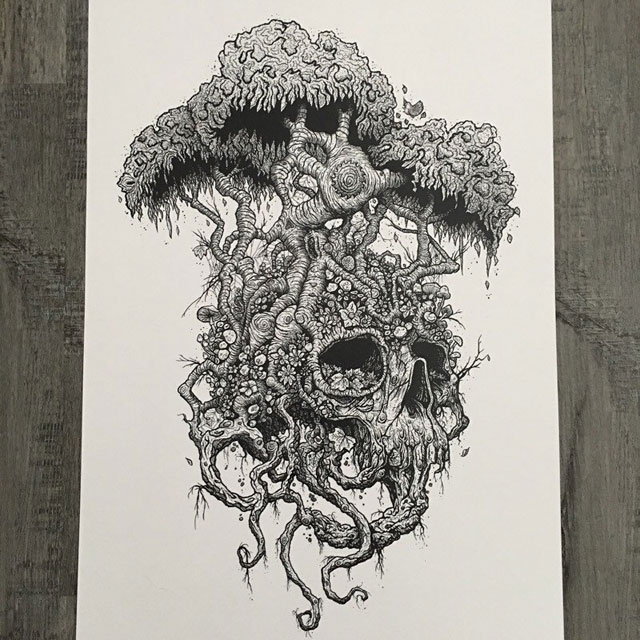 To the dust we will return. I’d rather be fodder for nature than a soupy mess inside a sealed box. This 11×17 print of an illustration by artist Kyle Awesome is available right here.

Do you have art or oddities available online that should be included in an upcoming Friday Featured Oddities?
Send photos, links, and descriptions to info@cultofweird.com 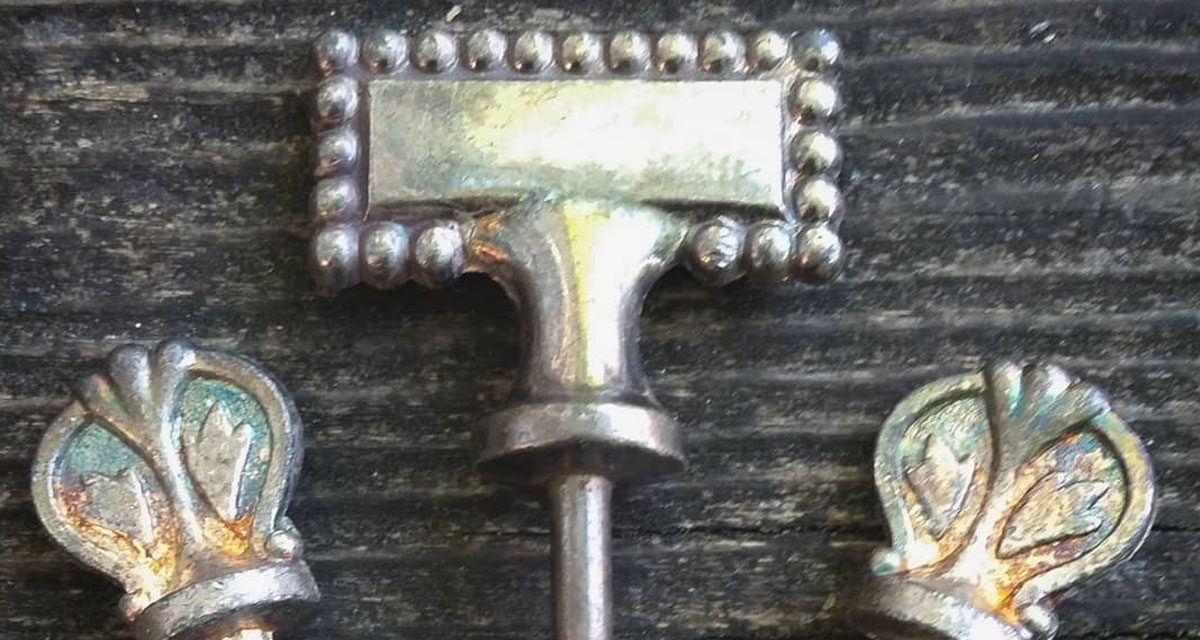 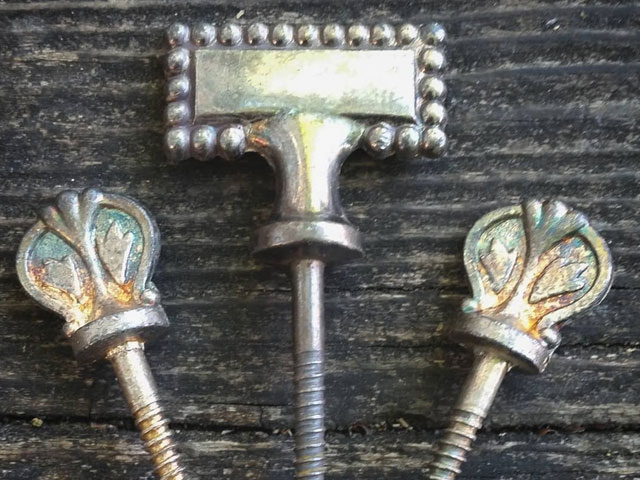 The latest additions to the coffin screw collection

I obsessively stalk ebay for coffin screws. Well, funerary items in general. There are a few Holy Grail items, several of them coffin plaques (such as the Sad Hour) that I am incomplete without. But there’s something about coffin screws that makes the dark crevices of my brain tingle.

In the Victorian era, coffin screws represented the last act before committing the dearly departed to the dirt. Short of the actual burial, there is nothing more final than manually screwing down the lid and sealing the deceased inside a wooden box.

This is not a practice used in modern funerals, of course, except in at least one culture – the Maori of New Zealand.

“We used similar screws to secure the lid on my fathers coffin in 2014,” one commenter wrote in response to my post about the history of coffin screws. “On the day of the funeral we placed the lid on the coffin and we all helped screw down the lid. This is very common practice in the New Zealand Maori culture which my brother in law is and we accepted it as quite normal.”

Interestingly, that comment and post were referenced in an ebay listing for coffin screws. So that makes me something of an authority on funerary hardware, right? An authority on an obscure niche that no one is interested in…but it’s better than nothing. I’ll take it. Even if I’m really just an obsessed collector with little actual knowledge on the subject.

I stumbled onto that listing recently while on the usual hunt for coffin screws, which resulted in the new additions pictured above. Here’s some of the other coffin hardware in the collection: 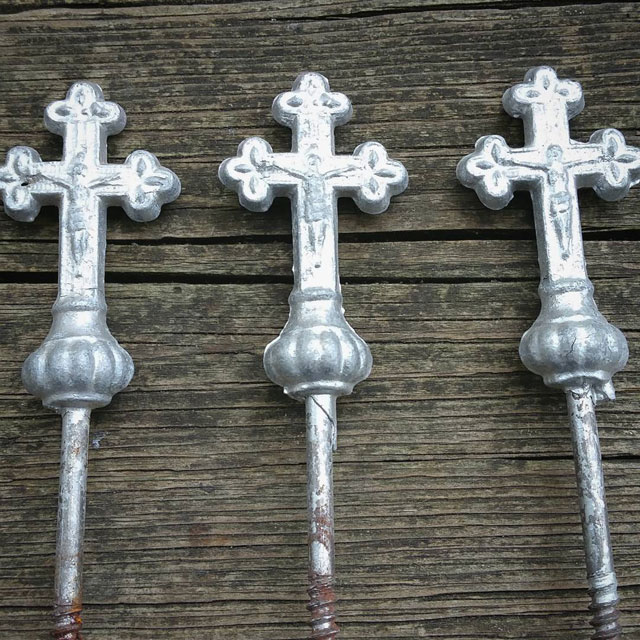 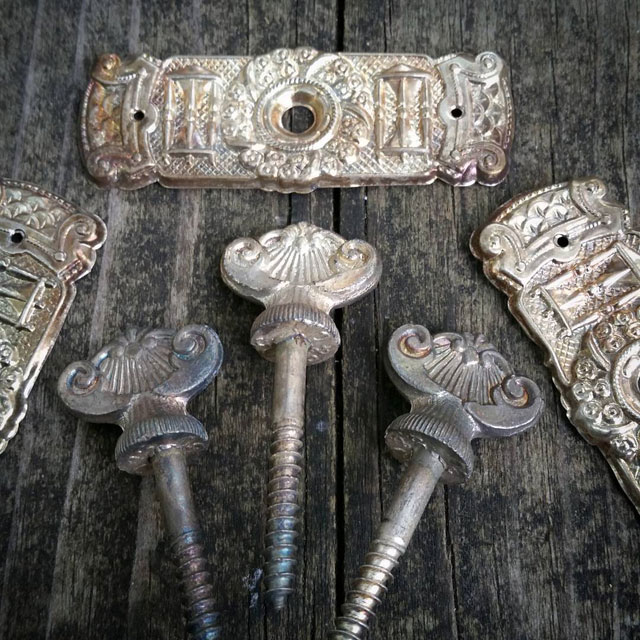 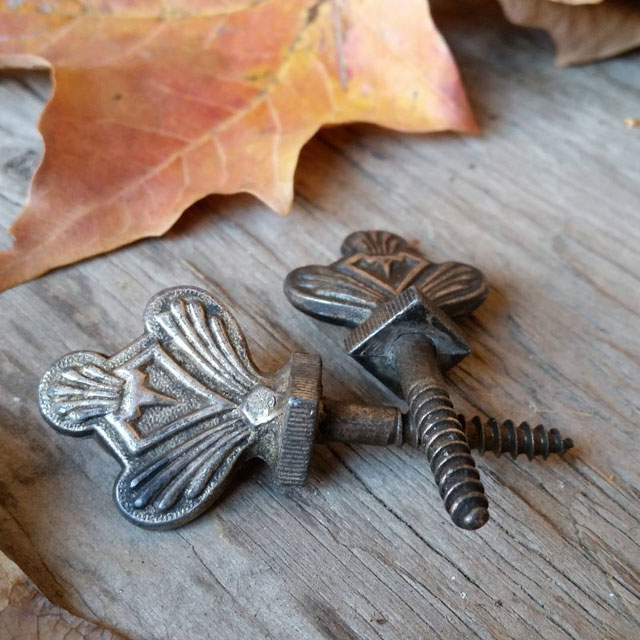 I’ve got my eye on a few more right now. Stay tuned.