Explore the scenes of some of history’s most deranged moments with these incredibly detailed and macabre dioramas by artist Lee Harper. 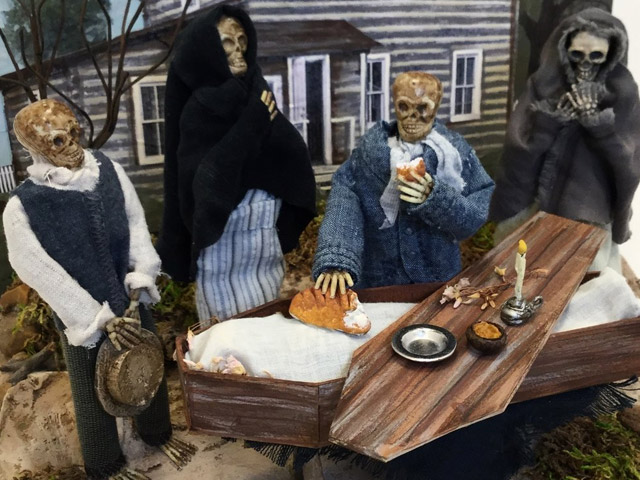 Not since the forensic crime scene models known as the Nutshell Studies of Unexplained Death have there been such deranged dioramas. Like rooms in a dollhouse inhabited by history’s greatest weirdos and psychopaths, artist Lee Harper’s History Bones project brings some of the past’s most morbid stories to life in startling miniature detail.

From barber-surgeons and sin eaters to the strange love between Carl Von Cosel and a stolen corpse, Harper digs up strange moments from history and meticulously crafts the dark scene with miniature human skeletons.

Why skeletons? Well, it started as a joke.

“I thought it would be a funny macabre version of Elf on the Shelf for the week leading up to Halloween,” Harper writes. “For the first two Halloweens his adventures were texted to my son, niece, and nephews while my husband, unbeknownst to me, was putting them on Facebook. Bones garnered his fair share of fans and the project just kept getting more elaborate each Halloween. Being a huge history nerd, I eventually thought I’d incorporate Bones into historical scenes. That change prompted what is now pretty much a year round obsession.” 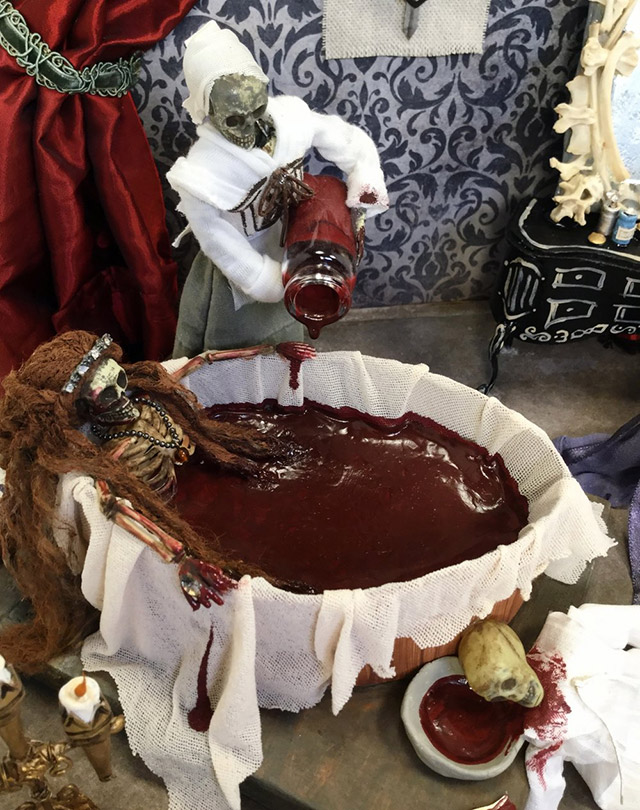 Elizabeth Bathory, the “blood countess,” bathed in the blood of virginal girls to stay young and beautiful

“There’s something beautiful about skeletons being the great equalizer,” Harper says. “They represent all of us, no matter the gender, race, or nationality.” 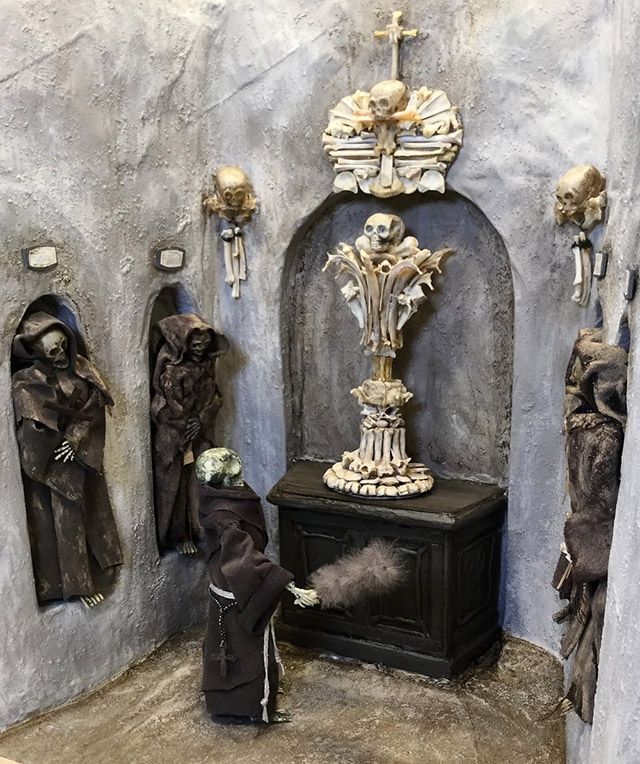 Catacombs incorporates elements from Capuchin crypts and the Sedlec ossuary 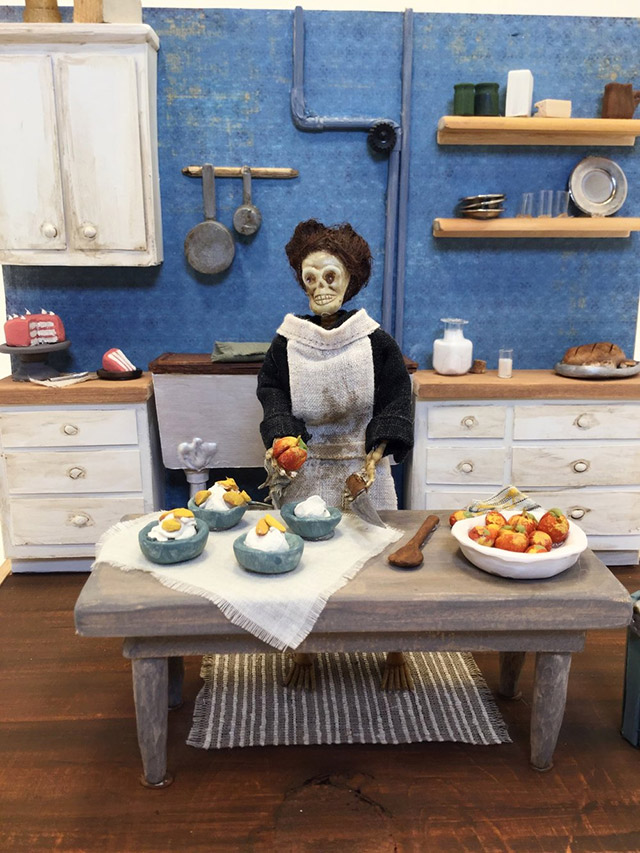 Mary Mallon, an asymptomatic carrier of the pathogen associated with typhoid fever, infected as many as 53 people, 3 of whom died, through her cooking 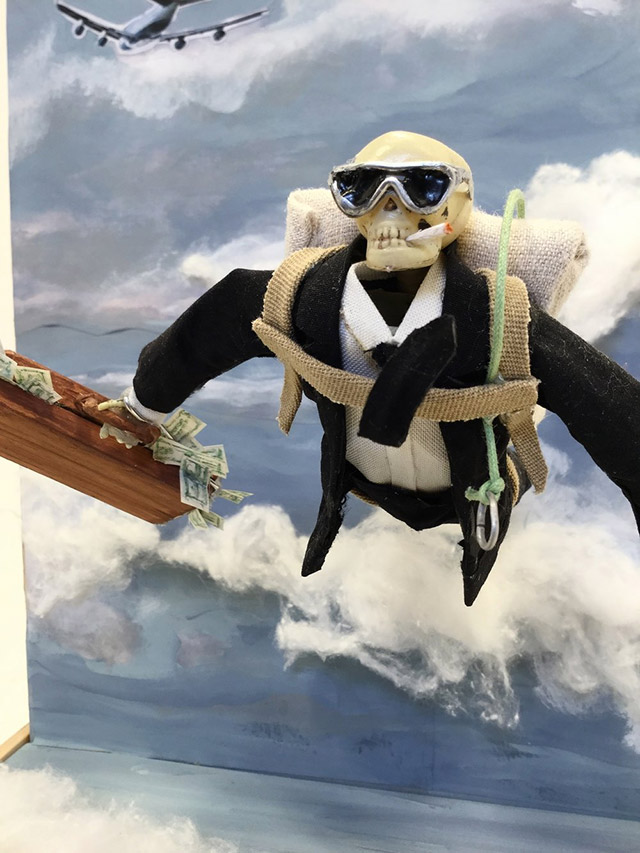 D.B. Cooper hijacked a plane, demanded $200,000, and parachuted out over the mountainous wilderness of the Pacific Northwest. Neither Cooper, nor the money, were ever found. 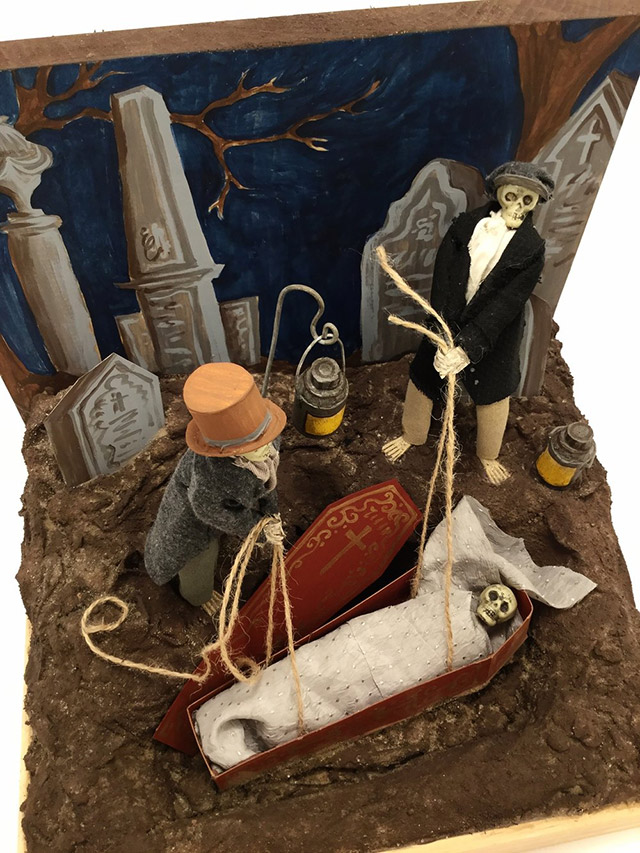 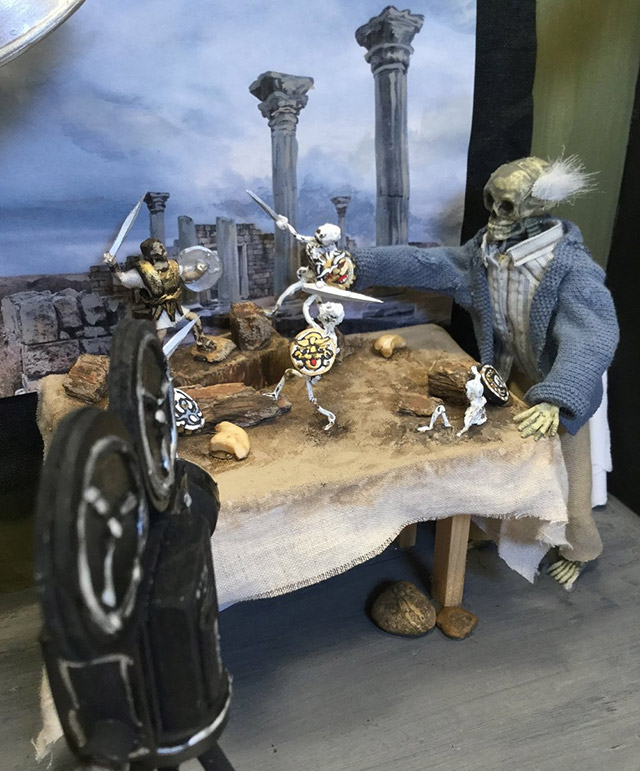 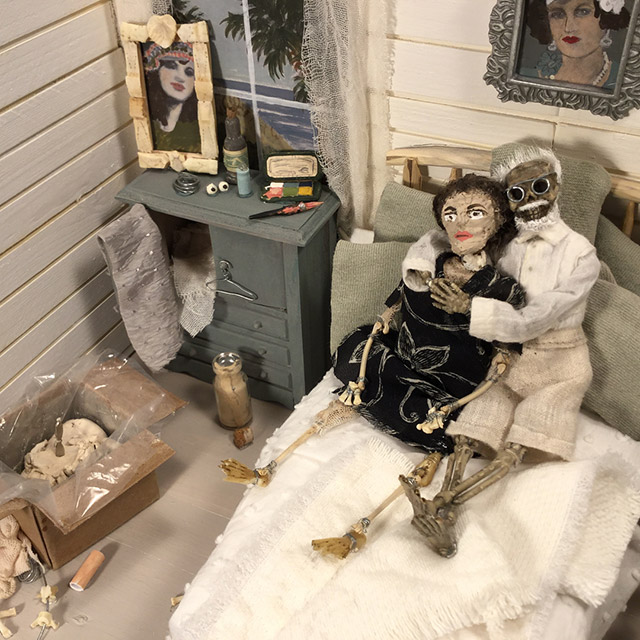 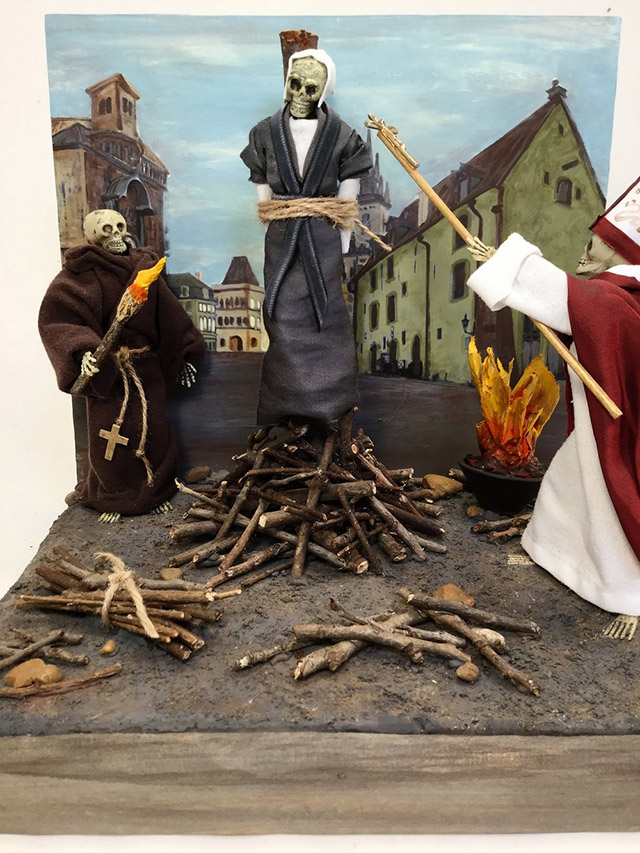 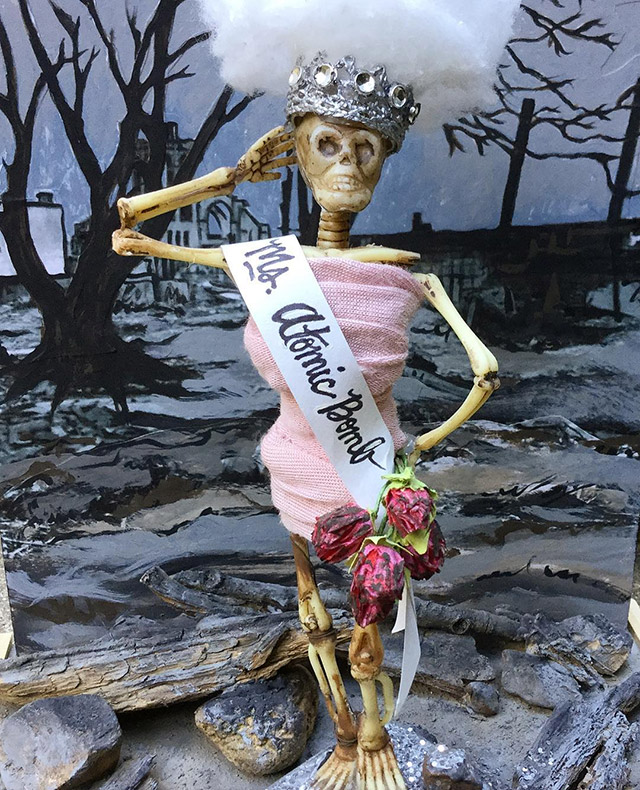 Miss Atomic Bomb pageants, complete with mushroom cloud crown, were in held Las Vegas at the height of America’s excitement over atomic energy 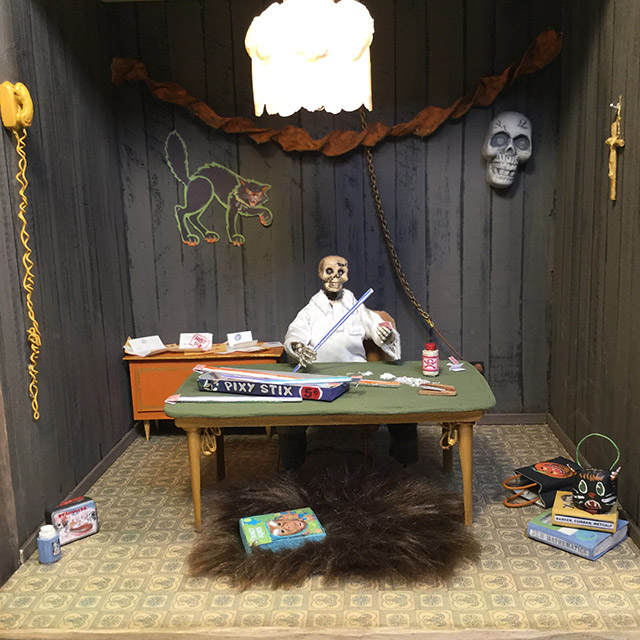 All photos courtesy of Lee Harper