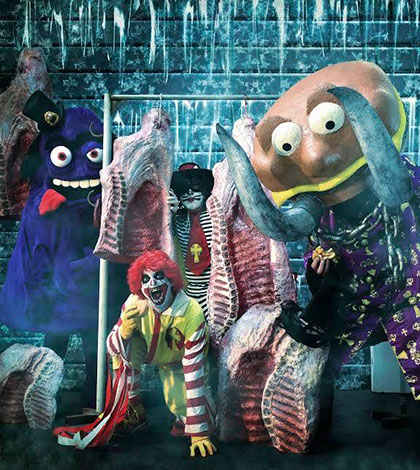 
They call it drive thru metal.

And it is a thing of rare beauty.

Having crawled from the deepest, greasiest pits of fast food hell, Ronald Osborne, Slayer Mac Cheeze, Grimalice, and the Cat Burglar have come together to bring you a super-sized order of parodied Black Sabbath songs that will leave you asking “Would you like fries with that?”

Formed in 2014, the identities of the band remain a mystery. However, Mike Odd, singer of LA-based Rosemary’s Billygoat, acts as the band’s manager. About his initial encounter with the band in the basement of a fast food restaurant, he writes:

Black Sabbath’s music, hilarious fast food lyrics, smoldering clown heads with laser eyes, a giant purple gumdrop bass player, and Tony Iommi with a giant cheeseburger head. I was confused, amazed, and dare I say it, can’t ever remember feeling so………happy! I told Ronald that yes, I would love to manage his band. It wasn’t going to be easy—nothing ever is with a disturbed clown and a band of Monsanto mutants who refuse to reveal their identities because they think they came here from a wormhole in space time direct from 1970. But whoever they are and however they got here, they’re here now and they’re ready, so pull up to the window and check your order, because I am proud to present the world’s newest concept in entertainment, the culinary disgrace that is MAC SABBATH! 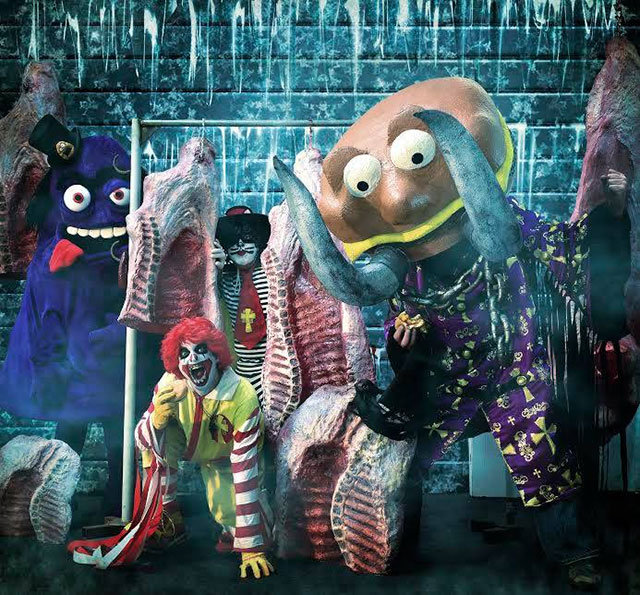 Hail Satan, and enjoy your meal.