Throne Carved Into a Tree Trunk 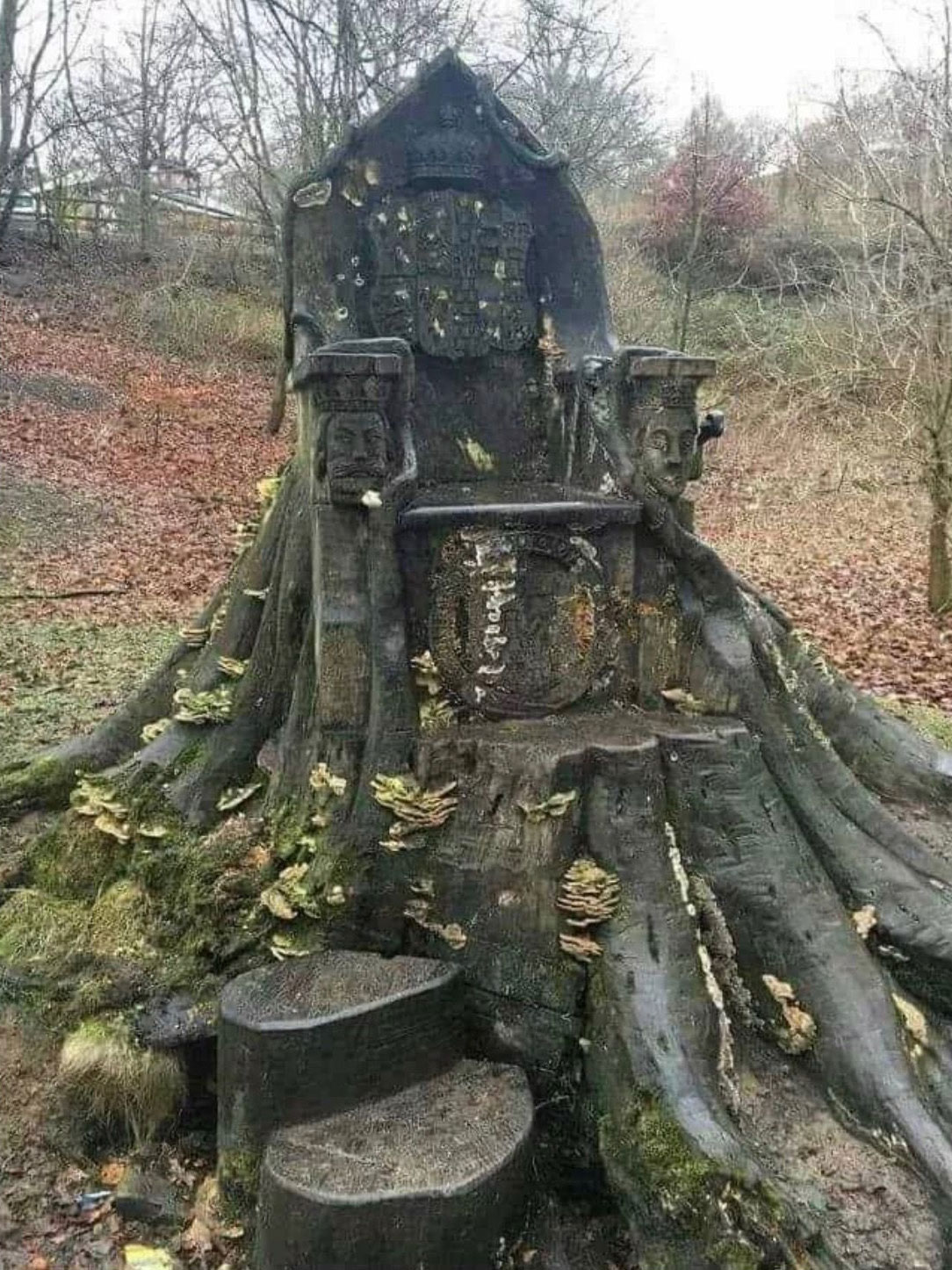 A throne carved into a tree trunk in Kendal, England. It was sculpted by artist Andy Levy in 2012 with a chainsaw and chisel into the stump of a blown down beech tree.

The intricate details represent the Parr family, including the coat of arms of Sir William Parr, who lived in Kendal Castle in the 16th century, and that of his granddaughter Catherine, who became the sixth and final queen consort of Henry VIII.

The faces in the throne are replicas of stone sculptures of a King and Queen found in the Kendal Parish Church, where the remains of William Parr rest in a black marble tomb.

I read that chairs built in grave yards are called the ‘devil’s chair’.