Was Cannibal Tom Really the Last Relic of Cannibalism in Fiji?

Who is the elusive old Fijian called ‘Cannibal Tom’ in so many old photographs and vintage postcards? 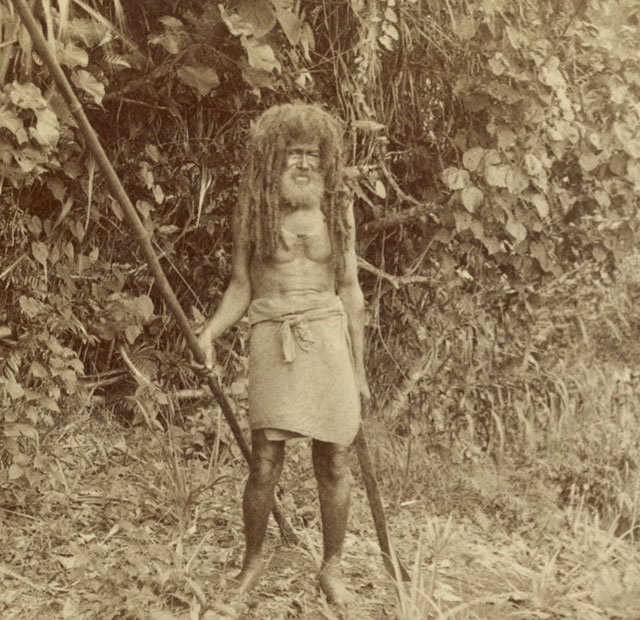 I’ve spent the last few months immersed in the history of Fiji for the upcoming Cannibal Isles box sets, which will be available in the Cult of Weird shop in July. I’ve been digging through 150 years of seaman’s yarns, missionary journals, and news articles to understand the savage culture of the Fiji islands in the 1800s, as well as the volatile politics that culminated in Reverend Thomas Baker’s gruesome demise in 1867.

One face that routinely turns up in old photos and postcards while researching Fiji’s dark past is that of an old man with long, thick dreadlocks. Some photos refer to him as “Cannibal Tom,” while others are simply captioned “an old cannibal.” The most well-known photo is an Underwood & Underwood stereoview dated 1906. In this photo, the man is wearing a civa (pearl-shell) breastplate on his chest, and a sulu, a skirt-like wrap tribesmen traded their loin cloths for when they converted to Christianity. He holds a long pole in one hand, a machete in the other. The caption says “Cannibal Tom (80 years old), the last relic of Fiji cannibalism.” 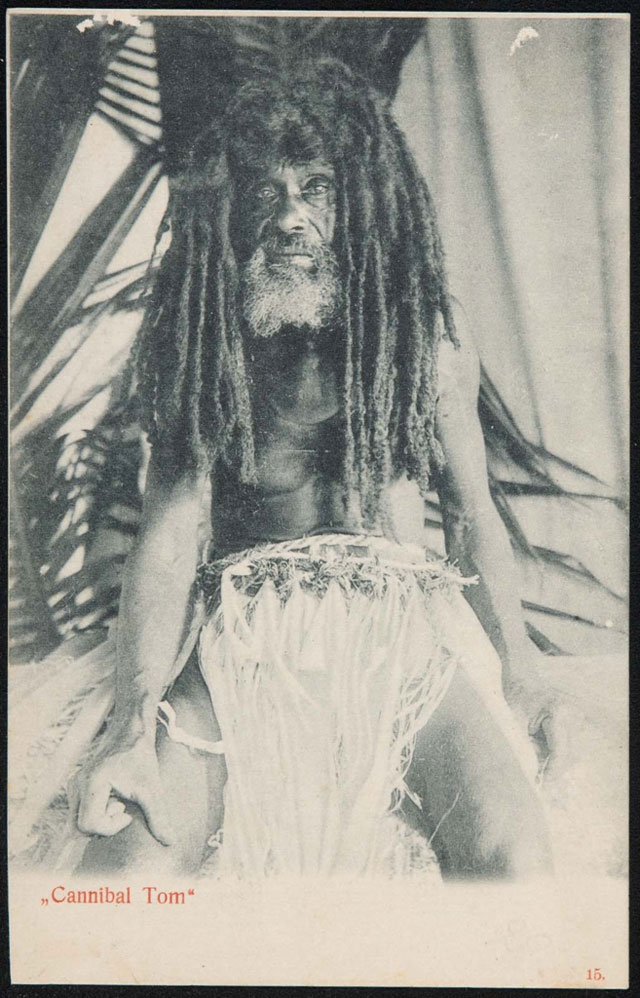 But who is this guy really? Is he a chief? A legendary warrior?

If I was going to put Cannibal Tom on your fridge, I would need to know more about him. That proved challenging, however, as there doesn’t seem to be a shred of historical references to the man in the photos.

When I came up empty handed, I decided to reach out to the Fiji Museum in The capital of Suva (which will be my first stop if I am ever able to afford a trip to Fiji) to see what they might know. To my surprise (and extreme gratitude) I received a response from the museum’s collections department. Strangely, though, it seems there won’t be any answers.

Apparently there is no official record or mention of Cannibal Tom in their archives, nothing pointing to the real identity of the man said to be Fiji’s last cannibal. Most of the photos were captured in the 1870s-80s when he appears to be 70-80 years old, so researchers believe he probably really was a cannibal as a young man in the 1840s before the early Methodist missionaries convinced the “heathens” of the Cannibal Isles to swap their war clubs for bibles. 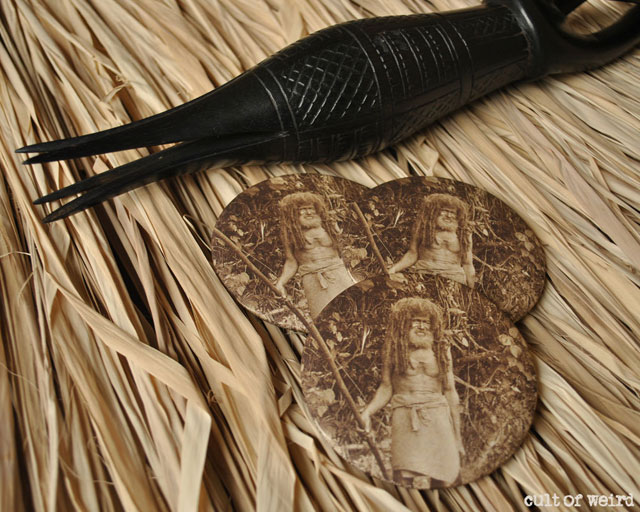 So Cannibal Tom, Fiji’s most famous (or maybe just most photogenic) cannibal, remains a mystery.

It Came from the Blog