Into the Dark, Weird and Dead of Wisconsin Dells

A journey into the frigid wastes of Wisconsin for a meeting with the mummified head of German serial killer Peter Kurten.

Last month, as the sun set and the temperatures plunged to zero, I set off into the dead of Wisconsin winter in pursuit of a new Cult of Weird project. Two hours along dark highways past the silhouettes of generations-old family farms, snow-covered fields, rural churches with neon blue crosses, and monstrous factories billowing black clouds of smoke against fading skies.

The destination: Wisconsin’s “Waterpark Capital of the World,” which is little more than a frozen ghost town this time of year. Vast acres of empty swimming pools, miles of abandoned multi-colored tubes, storefronts and lurid roadside attractions shuttered until spring.

Early French Canadian explorers called the area dalles, a word meaning “rapids” or “narrows,” to describe the sandstone gorges through which the Wisconsin River winds. Formations gouged into the earth when the Laurentide Ice Sheet moved into Wisconsin about 31,500 years ago. The same glacier that scraped the land of its nutrients in central Wisconsin, leaving the land sandy and barren for struggling farmers like the Gein family in Plainfield. The same mass of ice that tore up the land in the area known as the Kettle Moraine, where some locals believe a massive glacial deposit may be the nexus of the area’s long history of mysterious UFO activity. 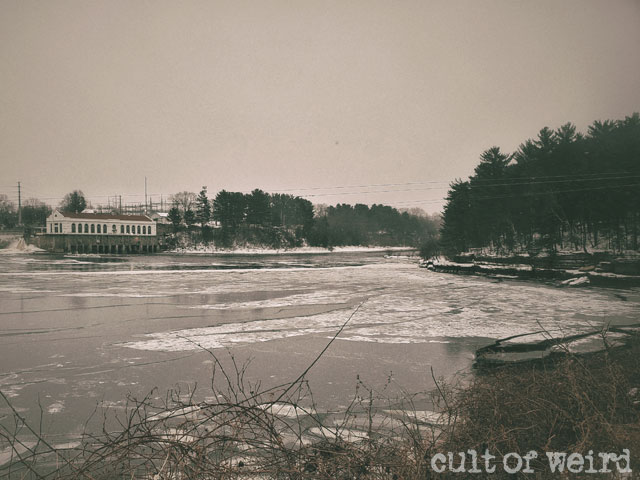 When the glacier receded some 20,000 years later, the scars it left in the land formed the scenic tourist destination known today as Wisconsin Dells.

Enterprising individuals began taking visitors on boat tours of “the Dells” along the Wisconsin River in the mid-1800s. Later, stereoscopic photos of the ravaged landscape created by H.H. Bennett and published across the country solidified the area’s reputation as the premiere Midwestern destination for sightseers around the turn of the century.

Today, Wisconsin Dells has a population of less than 3,000, but that number swells drastically when college students are flown in from Europe to staff the city’s numerous waterparks, resort hotels, and other attractions serving over 4 million tourists each summer. 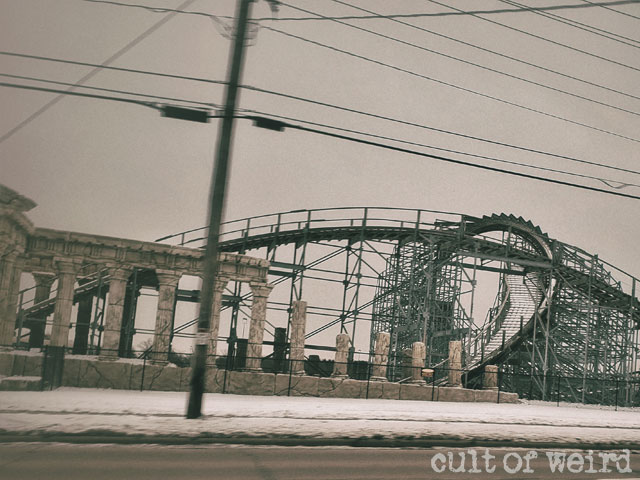 The kitschy, family-friendly facade of North Woods lodges, Native American totems, and giant axe-toting Paul Bunyans seems an unlikely place to find the severed head of a sadistic German serial killer who was deemed the “king of the sexual perverts.” The town, which attracts over 4 million visitors annually with its resorts, water slides, mini golf and go-karts, is worlds away from the 1929 streets of Dusseldorf where Peter Kurten stalked his victims, strangled them, stabbed them repeatedly with scissors or bludgeoned them with hammers, and sucked the blood from their gurgling wounds. 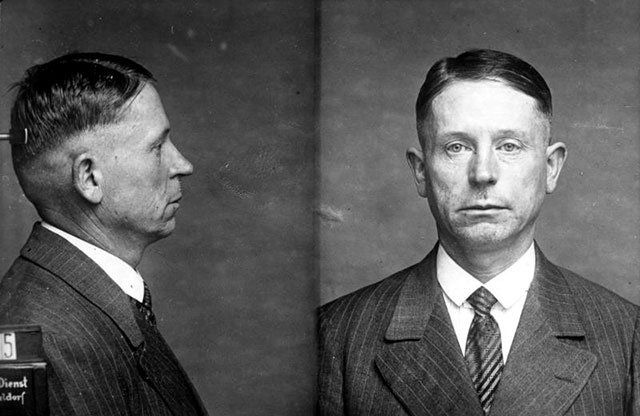 Yet it is here where his head, long separated from his body and anatomically bisected, hangs inside a cabinet shaped like a guillotine, giving visitors a clear look inside the empty cavity his brain once occupied, his eye sockets, his nasal cavity, his split vertebrae, his esophagus.

“I drank the blood from the wound and ejaculated,” Peter Kurten explained during interviews conducted by forensic medical expert Dr. Karl Berg before Kurten’s execution in 1931. “I probably drank too much blood because I vomited.”

The German word for the particular acts Kurten engaged in is lustmord, or sex murder.

VIDEO: Get a glimpse inside the mummified head of German serial killer Peter Kurten

Many visitors may think this, like much of Wisconsin Dells, is fake. The upside down White House, the massive Trojan Horse with a go-kart track passing through its belly, the crumbling arches and columns of a faux Roman Colosseum, the pneumatic ghouls and Pepper’s Ghosts that fill the haunted attractions. Zoltar giving coin-op fortunes around every corner.

Even inside the Ripley’s Believe It or Not Odditorium where Kurten’s head hangs, it’s not clear what’s real and what’s not. The skulls are most assuredly authentic, and the shrunken heads may be as well. The two-headed tortoise doesn’t appear to be a gaff. But there are plenty of sculptural representations that, while gruesome and fascinating, make the entire experience feel more like the rubber ghouls in the Haunted Mansion across the street. 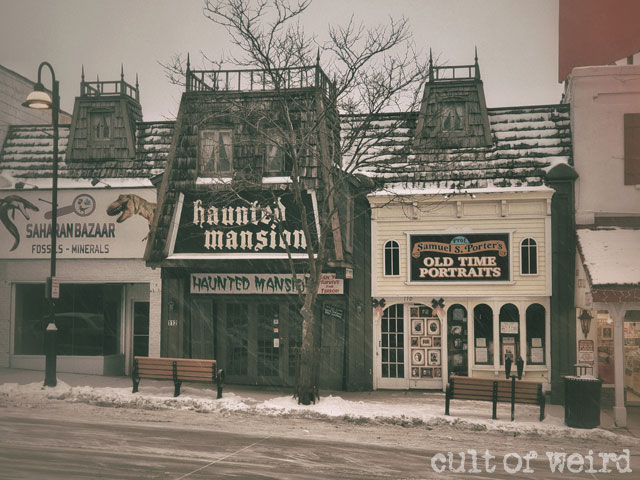 The replica of the legendary Iron Maiden of Nuremberg holds a secret passageway into a cage. Vampire trivia is inscribed on the coffin lid of a waxy-looking man with a stake through his heart. A mannequin in a bathtub near Peter Kurten’s final resting place is saturated in red light to resemble the Blood Countess Elizabeth Bathory, who bathed in the blood of young women to retain her youth. The presence of historic hoaxes like the Fiji Mermaid and vampire hunting kits may also help to disarm the fight or flight mechanism. 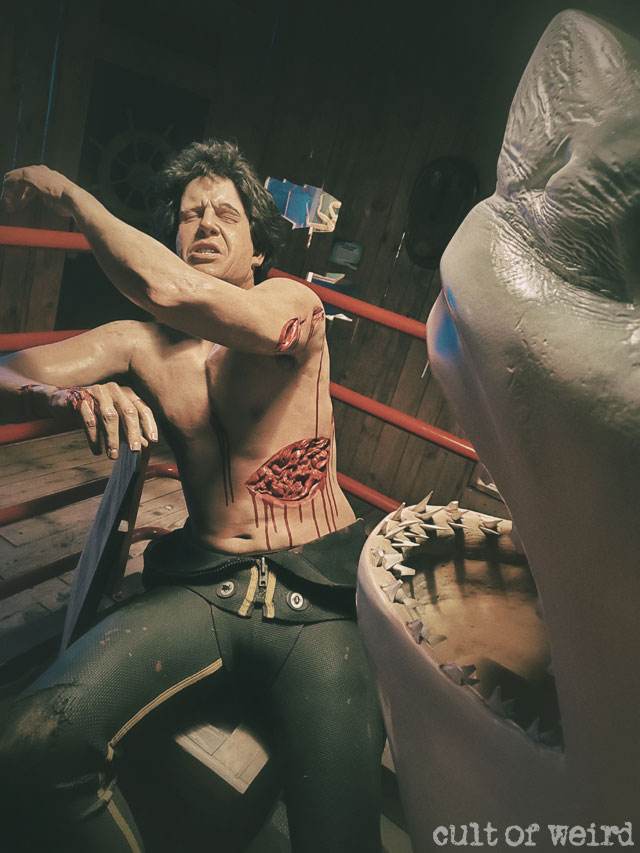 Display for the movie Jaws at Ripley’s in Wisconsin Dells

So even when you read the sign proclaiming the mummified head hanging before you as authentic, it is difficult to fathom the reality that you are looking at the actual face of a man executed by guillotine because he could only find sexual gratification in the violent and bloody assault of humans and animals.

I’m sure Ripley’s carefully cultivates that experience, as the general public prefers to keep life’s true horrors at a safe, cathartic distance.

Nevertheless, there is something uniquely Wisconsin about a deranged killer’s severed head juxtaposed against the backdrop of one of the world’s top family tourist destinations. 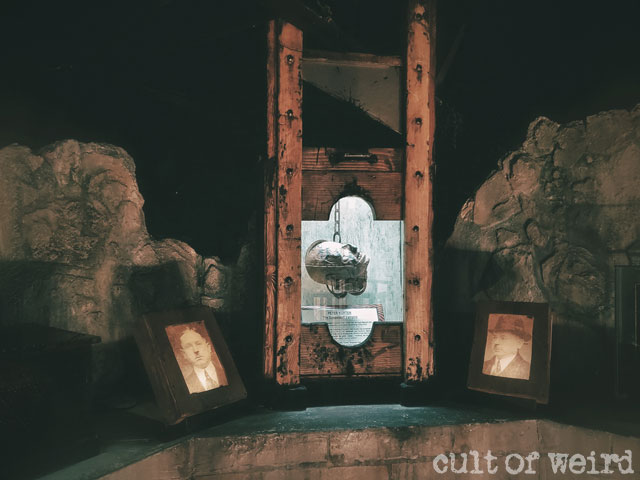 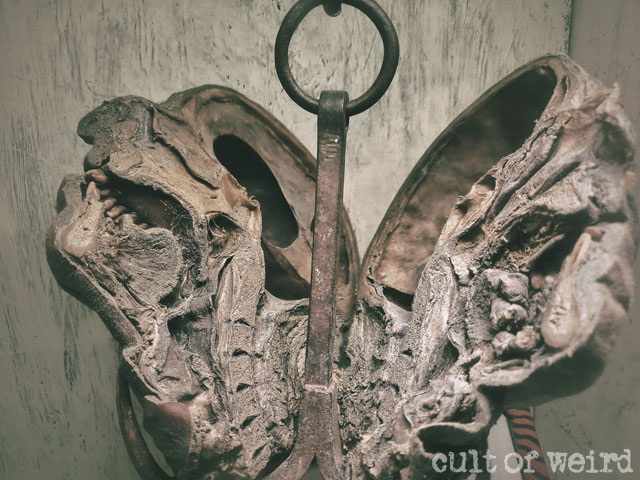 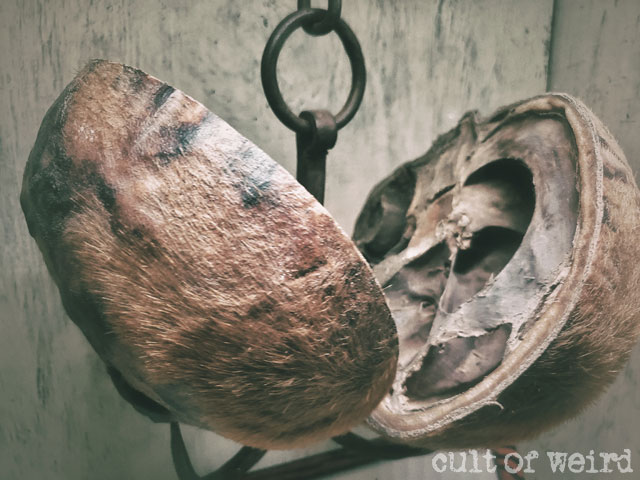 The scar is still visible on Peter Kurten’s scalp where he was struck by a piece of iron while working in a foundry, plaguing him with headaches for years. 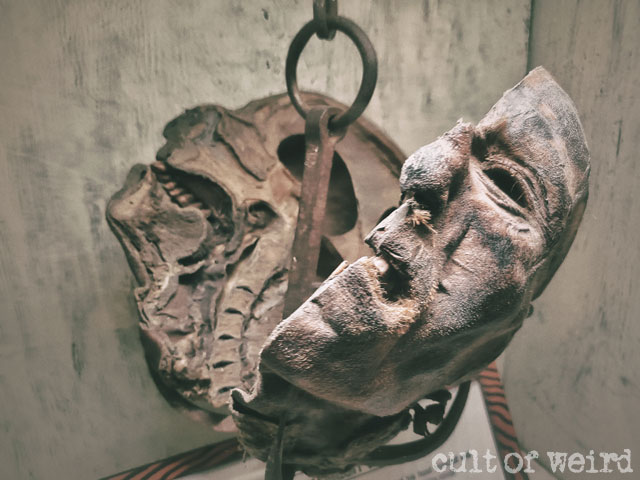 Peter Kurten’s brain and cranium were studied in hopes of finding an anatomical abnormality to explain his sadistic behavior. 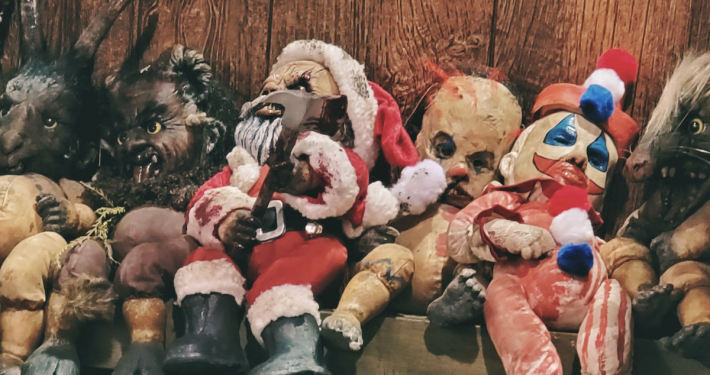