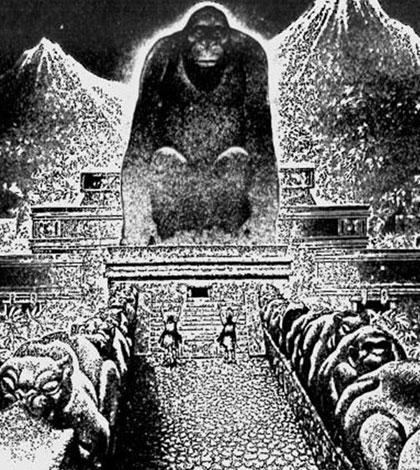 Explorers investigating the recently discovered Lost City of the Monkey God learned the truth behind the legendary curse the hard way. 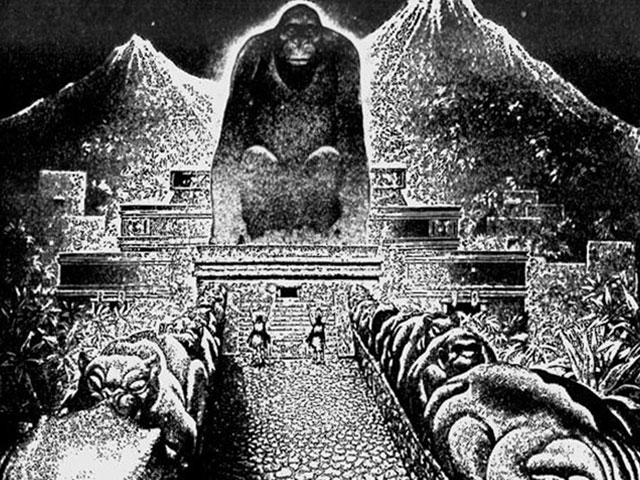 Illustration by Virgil Finlay for “Lost City of the Monkey God” by Theodore Morde, published in The American Weekly, 1940

Rumors of a forgotten city in the La Mosquitia region of Honduras have long intrigued explorers and treasure hunters. According to legend, the mythical La Ciudad Blanca, also known as the “Lost City of the Monkey God,” was abandoned long ago because it was cursed with disease, and those who found it were never seen again.

In 1940, Theodore Morde discovered the 1,500-year-old ruins of an ancient city with high walls of white stone deep in the impenetrable rainforest of Honduras. He returned to the United States with lurid tales of a civilization wiped out by a major cataclysm, a dead and overgrown metropolis, and a temple where human sacrifices were made to the gigantic idol of an ape. He also brought back thousands of artifacts, including sculptures, stone utensils, a six-note flute, and primitive razor blades. But to protect the site for future excavations, he kept its exact whereabouts secret and eventually committed suicide without revealing its location.

In 2015, a team lead by Mesoamerican archaeologist Christopher Fisher and documentary filmmakers Steve Elkins and Bill Benenson finally found what might be Morde’s city in a remote, uninhabited part of the jungle. As an added bonus, it also provided the unique opportunity to confirm the curse’s authenticity.

Using LIDAR to find evidence of man-made constructions through the dense jungle cover, the team discovered an earthen pyramid, plazas, mounds, and other structures stretching two and a half miles through an area that today is one of the last scientifically unexplored places on earth. What they found was more than a lost city – it was evidence of an entire lost civilization in the “incredibly rare” condition of being completely undisturbed, with stone sculptures and other artifacts visible poking through the earth.

The team surveyed the site and then seemingly managed to defy the curse by returning home unscathed. Months later, however, they began to notice sand fly bites that just wouldn’t heal. Eventually it was diagnosed as a flesh-eating disease known as Leishmaniasis. 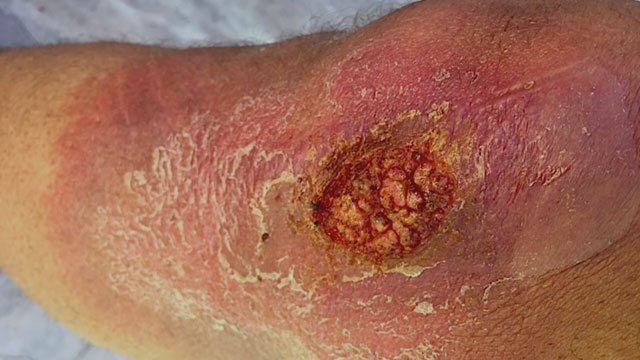 Leishmaniasis eats away at an expedition member’s leg

According to author Douglas Preston, who joined the expedition for National Geographic, “The parasite migrates to the mucous membranes of your mouth and your nose and basically eats them away. Your nose falls off, your lips fall off, and eventually your face becomes a gigantic, open sore.”

If there are two things we like most here at Cult of Weird, it’s lost cities and flesh-eating parasites. This story has both! 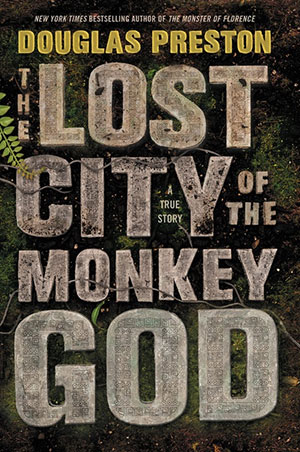 Read more about the expedition in Preston’s new book The Lost City of the Monkey God.