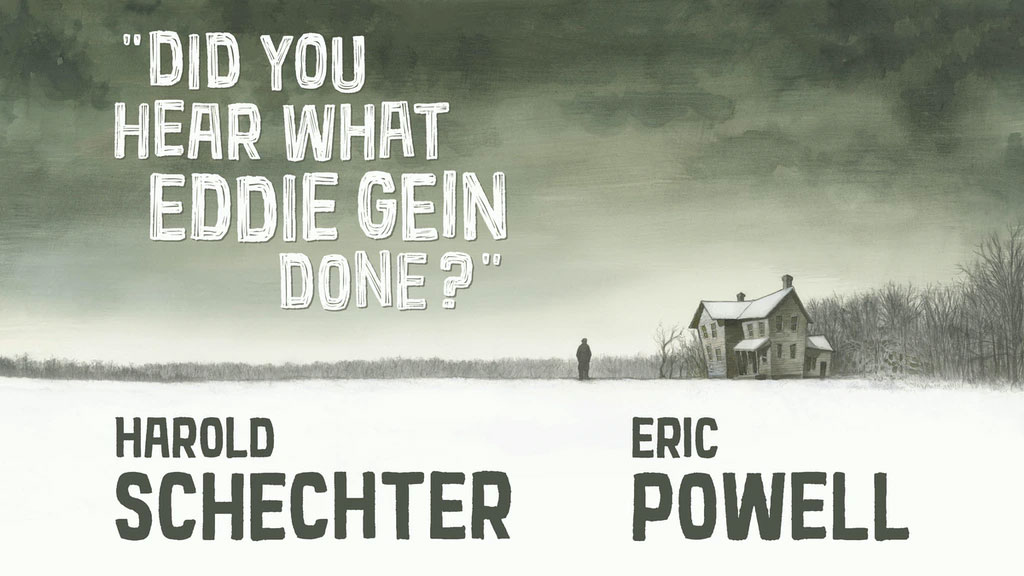 Not everyone is lucky enough to have a bonafide bogeyman in their backyard, so as a Weird Wisconsin native, I have a tendency to get excited about all things Ed Gein.

But this announcement is like getting a gift that was handcrafted by Gein himself and still stinks of the damp grave he exhumed it from:

Eric Powell, creator of The Goon comic book series, and true crime author Harold Schechter have joined forces to bring Ed Gein back to the comic book page for first time since he graced the cover of that hard-to-find Weird Trips #2 (which I’m still trying to get my hands on) in 1978.

IGN reports that Powell and Schechter teamed up to create a 200-page black and white graphic novel called Did You Hear What Eddie Gein Done? about the life and crimes of the real-life killer who inspired Psycho, The Texas Chainsaw Massacre, Silence of the Lambs and countless other films, music and art.

Who is Eddie Gein, you might ask, and what exactly has he done?

On November 16th, 1957, hardware store owner Bernice Worden vanished from her store in the small town of Plainfield, Wisconsin. The sheriff asked around town and soon learned that ol’ Eddie, who lived alone on a farm outside town, had stopped in at Worden’s for some antifreeze earlier that day.

When police arrived at Gein’s property that evening, they made a gruesome discovery: Worden’s beheaded, gutted body.

But that wasn’t all.

Gein’s house was full of human remains that he had been exhuming from the fresh graves of local cemeteries for years. 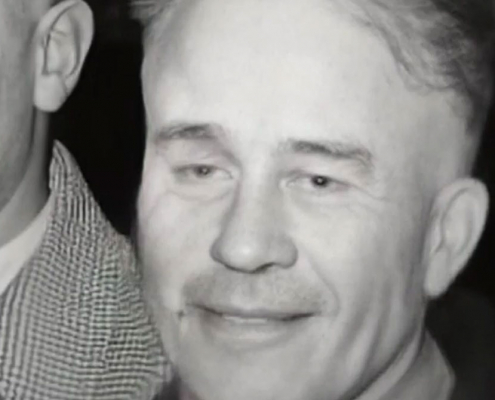 The revelation of Gein’s atrocities shocked the world in 1957, and the case remains one of the most disturbing and fascinating crimes of the 20th century more than 60 years later.

Not just because of the belt Gein fashioned out of human nipples, or the furniture he upholstered in human skin, or the lampshade that gets goosebumps. His story has endured because of the tragic upbringing that shaped his psyche into the isolated, lonely, and desperate man who murdered at least two women and dug up many more in the years after his mother Augusta’s death in 1945.

Schechter, who previously explored the Gein’s crimes in his 1998 book Deviant, says this graphic novel will be unique in the way it will explore the “bizarre inner workings” of his mind in a visual medium.

“Did You Hear What Eddie Gein Done? will not only bring the factual details of Gein’s crimes to vivid, compelling life,” Schechter said, “but draw the reader into the phantasmagoric realm of his uniquely deranged psyche.”

“This story is not just about Gein and his crimes,” Powell added, “but also how a society tried to deal with the shocking facts of these crimes and the idea that the quiet neighbor next door could be a real life bogeyman. The after effect it had on our culture, especially pop-culture, cannot be overstated.”

Powell illustrated the book and shared writing duties with Schechter.

Did You Hear What Eddie Gein Done? is being published by Albatross Funnybooks and will be available in comic shops on July 14, 2021 and bookstores later on July 27.

For exclusive editions, art prints and other extras check out the Kickstarter right here. 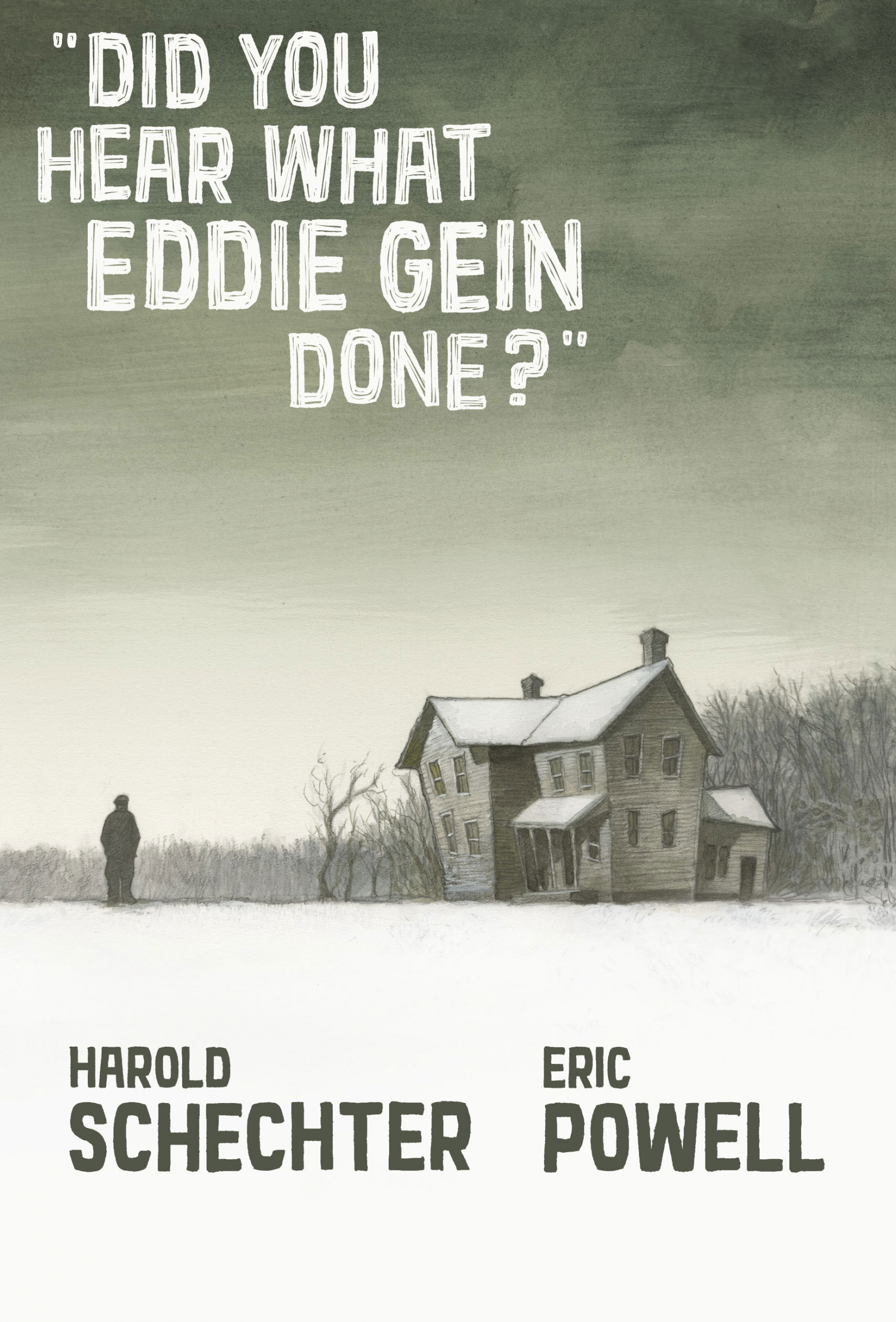 Well, now that I know it might exist, I’m going to go digging for this.