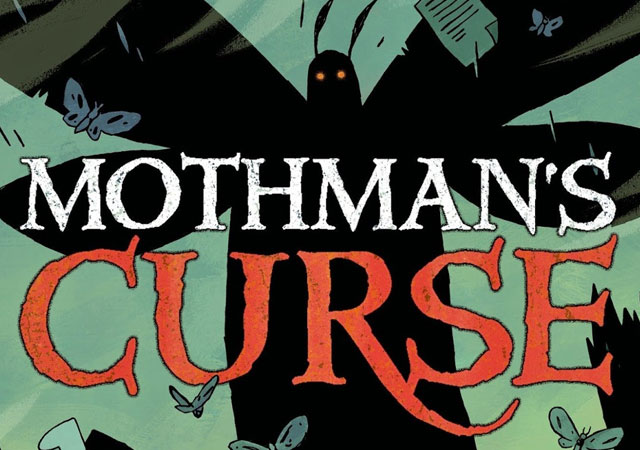 There was a rash of sightings of a creature that become known as the Mothman in Point Pleasant, West Virginia in 1966-67. Encounters with the creature, described by numerous witnesses as a large flying man with ten-foot wings and glowing red eyes, seemed to correlate with other bizarre events in the area, culminating in the collapse of the Silver Bridge on December 15th, 1967. 37 vehicles caught in rush-hour traffic plunged into the icy waters of the river beneath, killing 46 people.

Reports of the mothman ceased in the aftermath of the disaster.

But now he’s back…

…In a new book for young readers by Christine Hayes called Mothman’s Curse. 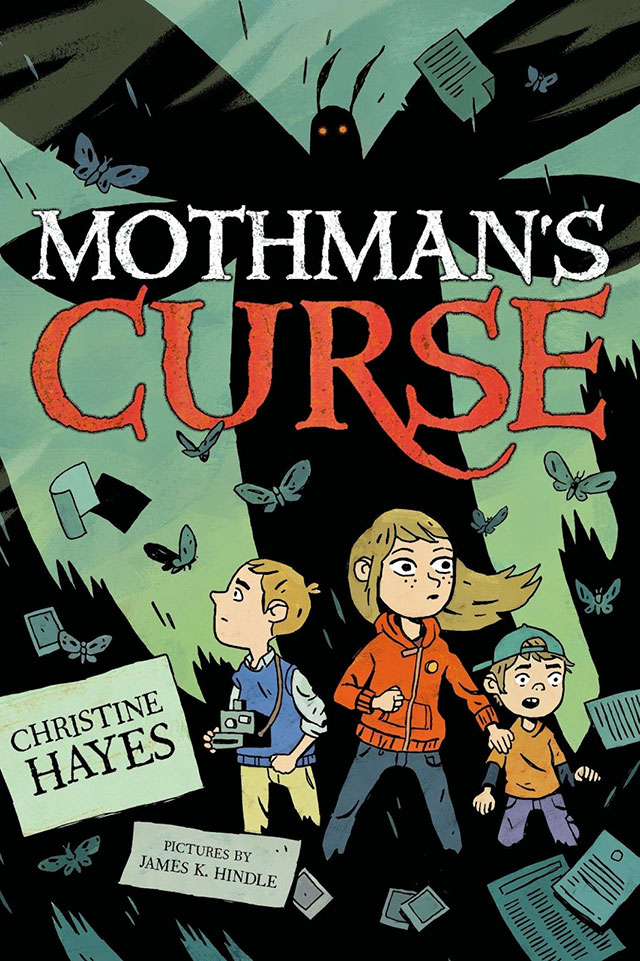 When Josie and her brothers uncover a haunted camera, the Mothman legend becomes a terrifying reality that threatens their entire town in this spooky and action-filled novel.

Josie may live in the most haunted town in America, but the only strange thing she ever sees is the parade of oddball customers that comes through her family’s auction house each week. But when she and her brothers discover a Polaroid camera that prints pictures of the ghost of local recluse John Goodrich, they are drawn into a mystery dating back over a hundred years. A desperate spirit, cursed jewelry, natural disasters, and the horrible specter of Mothman all weave in and out of the puzzle that Josie must solve to break the curse and save her own life. 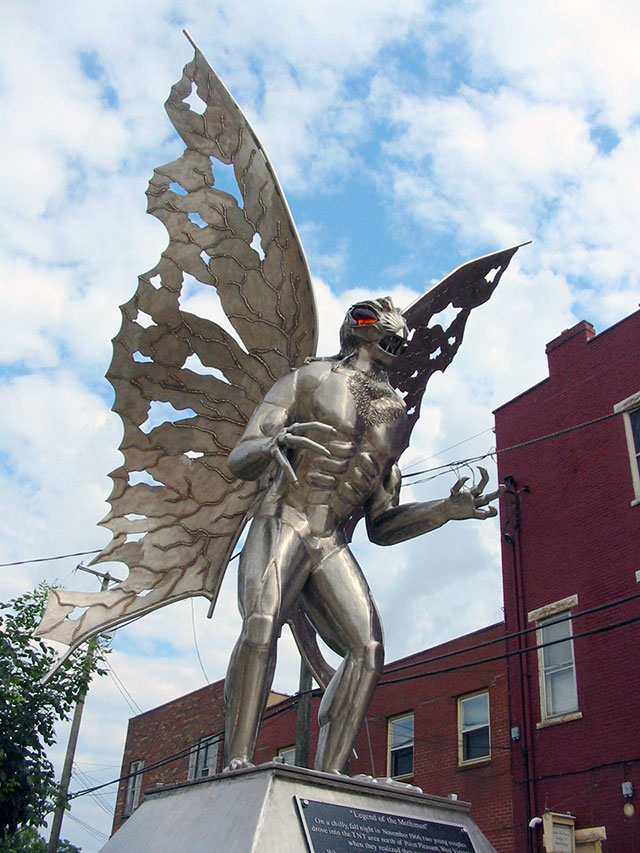