Here is a selection of highly anticipated books coming out this year from some of our favorite authors, from the bizarre true history of books bound in human skin, cursed objects and the country’s strangest unsolved mysteries, to the fictional tale of Southern style vampire hunting. 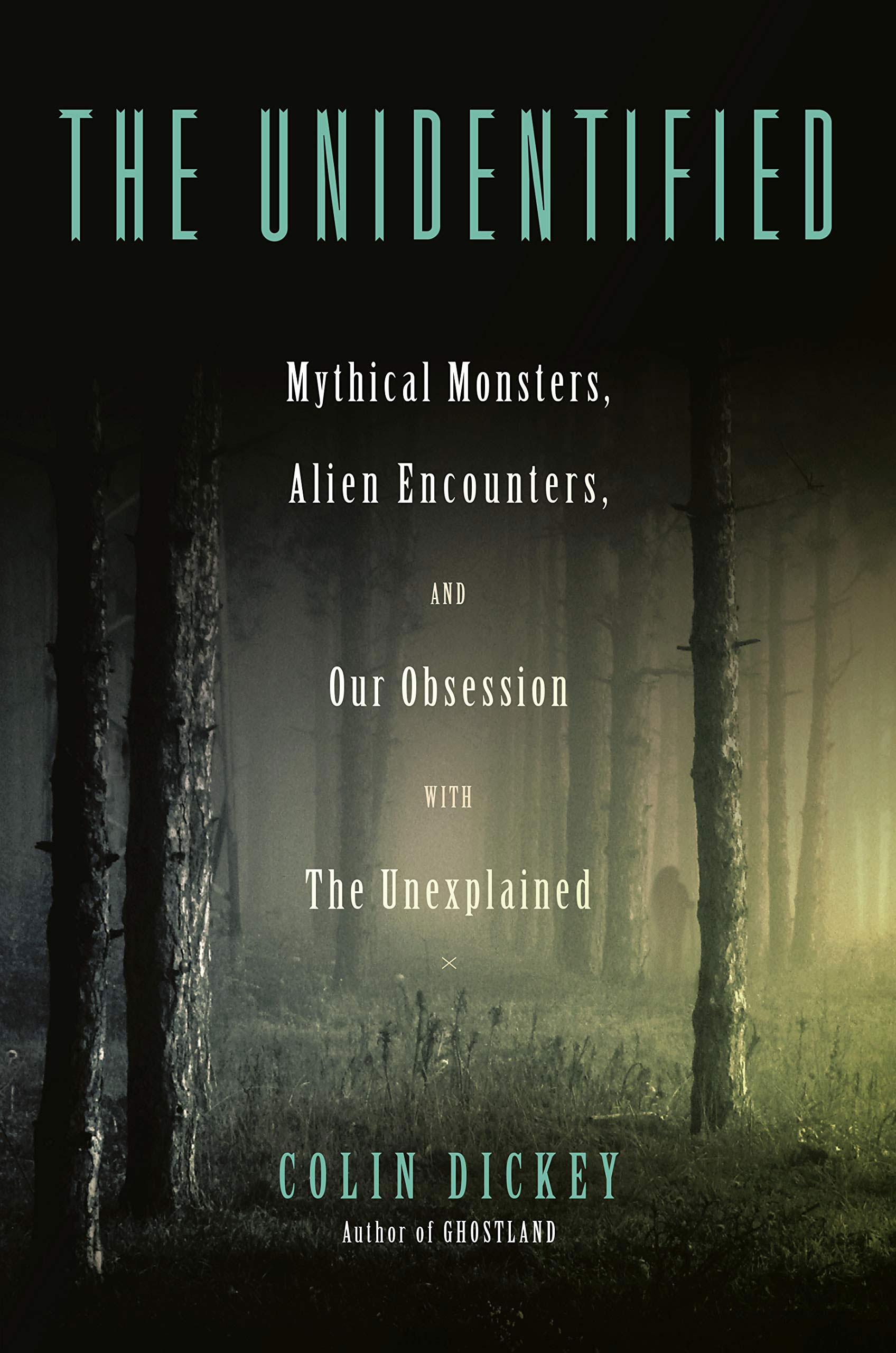 In a world where rational, scientific explanations are more available than ever, belief in the unprovable and irrational–in fringe–is on the rise: from Atlantis to aliens, from Flat Earth to the Loch Ness monster, the list goes on. It seems the more our maps of the known world get filled in, the more we crave mysterious locations full of strange creatures.

Enter Colin Dickey, Cultural Historian and Tour Guide of the Weird. With the same curiosity and insight that made Ghostland a hit with readers and critics, Colin looks at what all fringe beliefs have in common, explaining that today’s Illuminati is yesterday’s Flat Earth: the attempt to find meaning in a world stripped of wonder. Dickey visits the wacky sites of America’s wildest fringe beliefs–from the famed Mount Shasta where the ancient race (or extra-terrestrials, or possibly both, depending on who you ask) called Lemurians are said to roam, to the museum containing the last remaining “evidence” of the great Kentucky Meat Shower–investigating how these theories come about, why they take hold, and why as Americans we keep inventing and re-inventing them decade after decade. The Unidentified is Colin Dickey at his best: curious, wry, brilliant in his analysis, yet eminently readable. 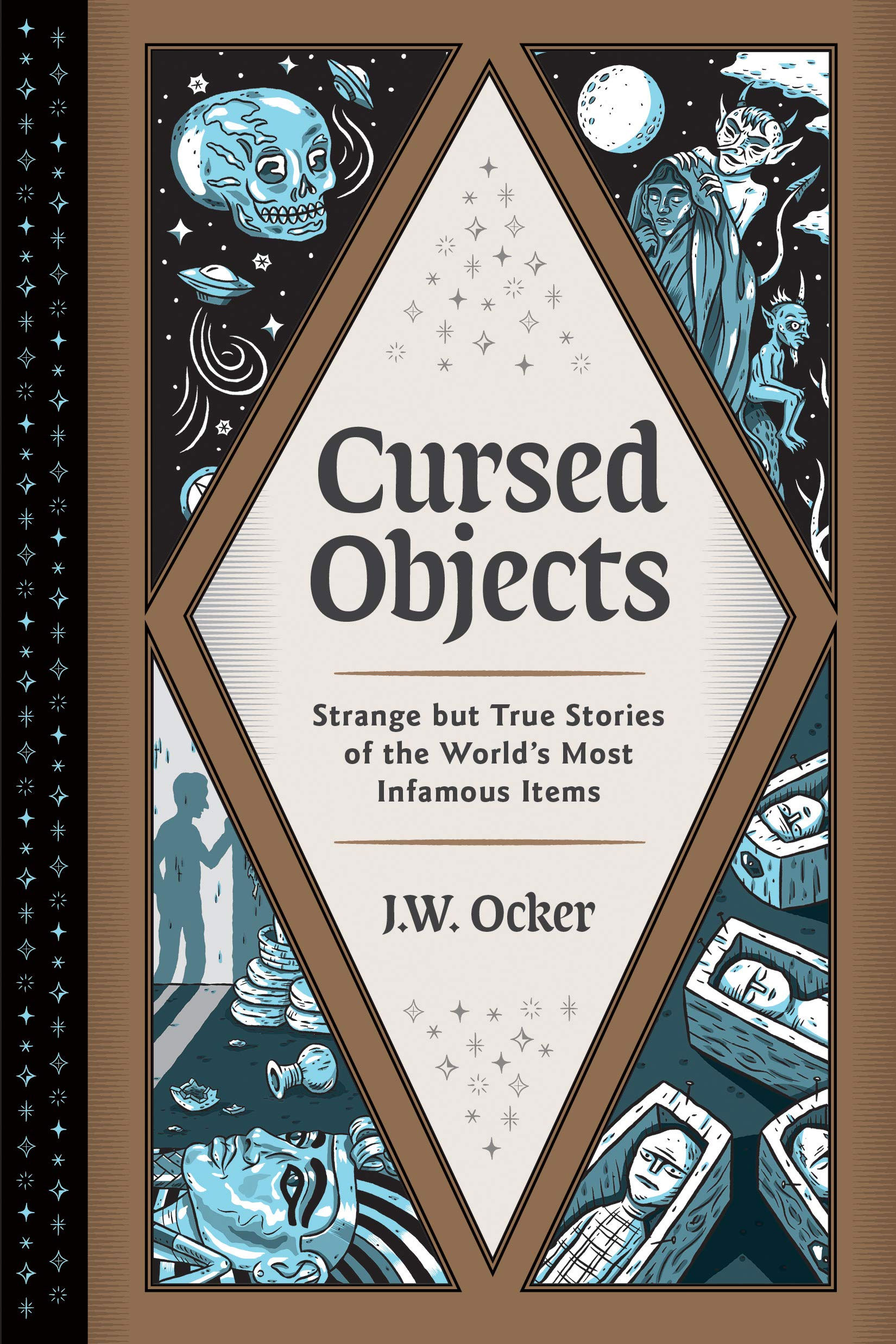 Cursed Objects: Strange but True Stories of the World’s Most Infamous Items

An illustrated compendium that reveals the true stories behind the most infamous, creepy, and bizarre real-life cursed objects throughout history. Spanning decades and continents, subjects range from the opulent Hope Diamond to the humble Busy Stoop chair.

They’re lurking in museums, graveyards, and private homes around the world. Their stories have inspired countless horror movies, reality TV shows, campfire tales, books, and even chain emails. They’re cursed objects, and in order to unleash a wave of misfortune, all they need…is you. As a culture, we can’t seem to get enough of cursed objects. But never before have the true stories of these infamous real-life items been compiled into a fascinating and chilling volume.

• Annabelle the Doll, a Raggedy Ann doll which inspired the acclaimed horror franchise The Conjuring
• The Tomb of Tutankhamen, the discovery of which kicked-started media hysteria over a rumored “Curse of the Pharaohs”
• The Ring of Silvianus, a Roman artifact believed to have inspired J. R. R. Tolkien’s The Hobbit
• The Hope Diamond, which was owned by kings and inspired the Heart of the Ocean in James Cameron’s Titanic
• The Dybbuk Box, which was sold on eBay and inspired the horror film The Possession

Whether you believe in curses or not, the often tragic and always bizarre stories behind these objects will fascinate you. Many of them have intersected with some of the most notable events and people in history. But beyond Hollywood and beyond the hysteria, author J. W. Ocker suggests that cursed objects are simply objects which have been witness to great human tragedy, and thereafter operate as mechanisms for remembering and retelling those stories. Cursed Objects will be equally appealing to true believers as well as history buffs, horror fans, and anyone who loves a good spine-tingling tale. 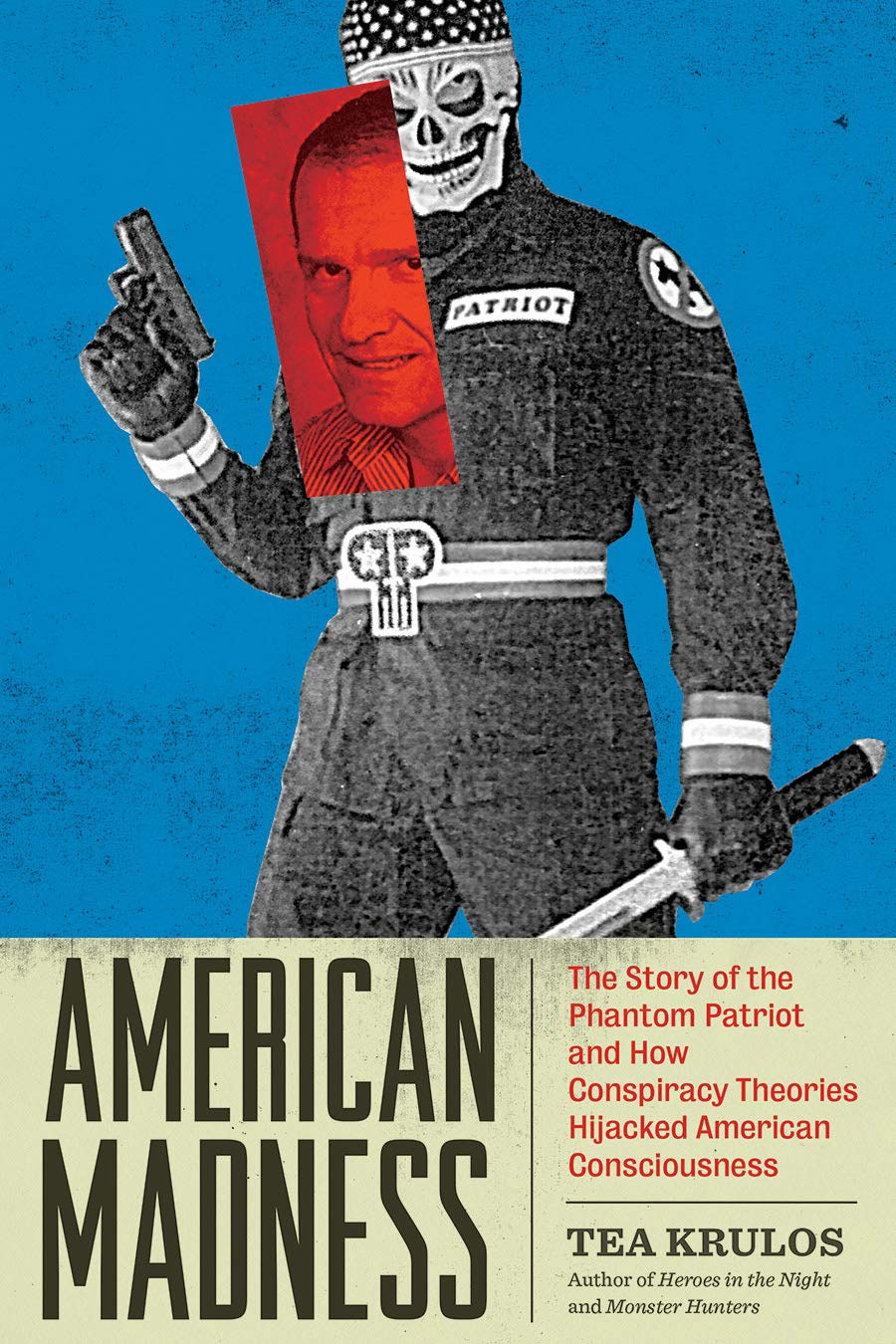 American Madness: The Story of the Phantom Patriot and How Conspiracy Theories Hijacked American Consciousness

The mainstream news media struggles to understand the power of social media while conspiracy advocates, malicious political movements, and even foreign governments have long understood how to harness the power of fear and the fear of power into lucrative outlets for outrage and money. But what happens when the harbingers of “inside knowledge” go too far?

Author Tea Krulos tells the story of one man, Richard McCaslin, who’s fractured thinking made him the ideal consumer of even the most arcane of conspiracy theories. Acting on the daily rants of Alex Jones and his ilk, McCaslin takes matters into his own hands to stop the unseen powers behind the world’s disasters who congregate at conspiracy world’s Mecca- The Bohemian Grove. It all goes wrong with terrible consequences for the man who styled himself-The Phantom Patriot.

McCaslin is not alone, as conspiracy-driven political action has bubbled its way up from the margins of society to the White House. It’s no longer a lone deranged kook convinced of getting secret messages from a cereal box, now its slick videos and well-funded outrage campaigns ready to peddle the latest innuendos and lies in hopes of harnessing the chaos for political gain. What is the long term effect on people who believe these barely believable stories? Who benefits, and who pays the price?

Krulos investigates and explains the power of conspiracy and the resulting shared madness on the American psyche.

Tea Krulos is a Milwaukee-based writer who documents the underground world of fringe sub-cultures. His previous books, Apocalypse Any Day Now-Deep Underground with America’s Doomsday Preppers and Heroes in the Night-Inside the Real Life Super Hero Movement explored the driving beliefs and lives of the people who choose to reject accepted reality and substitute their own. 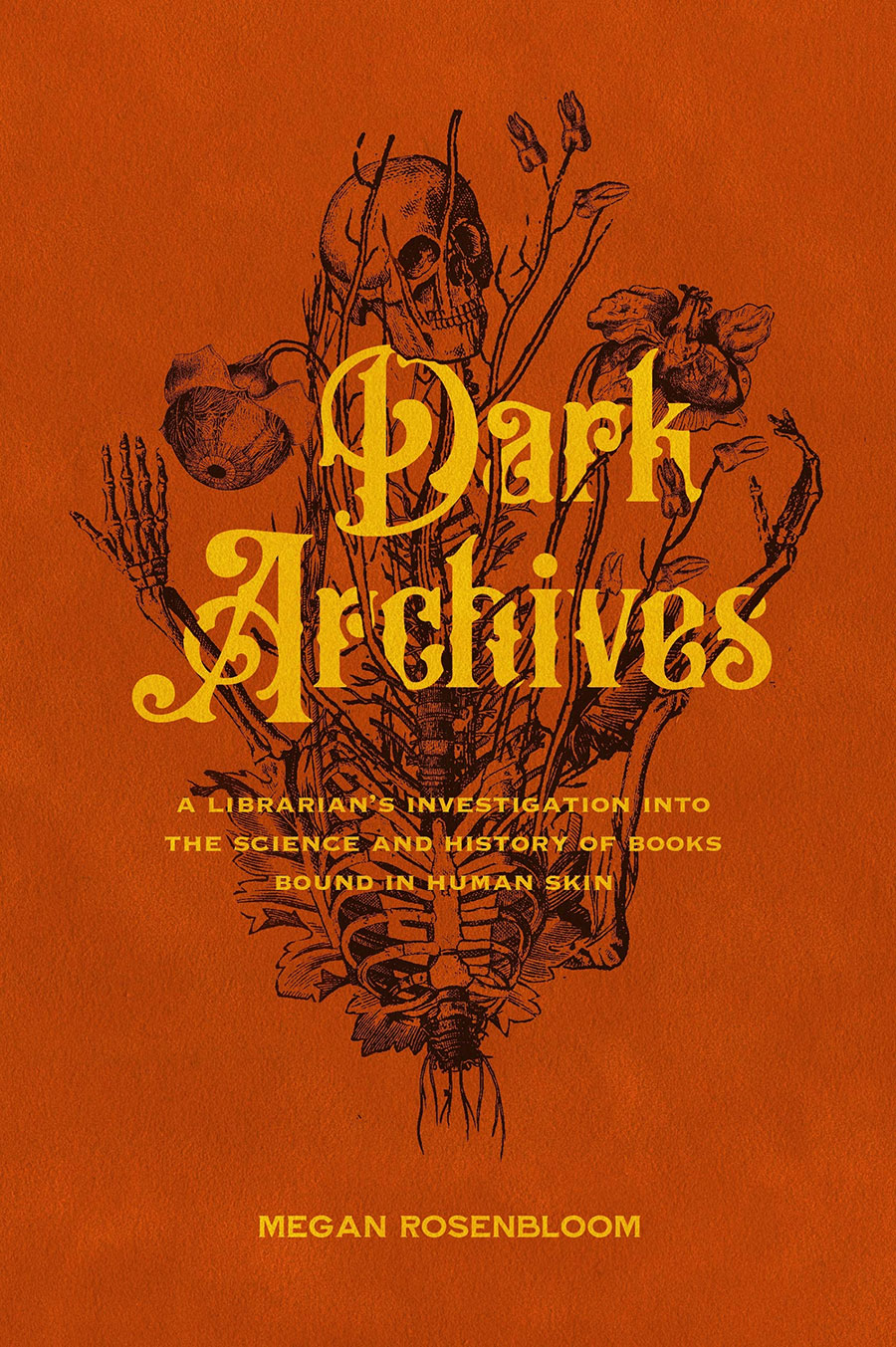 Dark Archives: A Librarian’s Investigation into the Science and History of Books Bound in Human Skin

A fascinating, terrifying look at the rarest books?bound in human skin?and the stories of their creation

There are books out there, some shelved unwittingly next to ordinary texts, that are bound in human skin. Would you know one if you held it in your hand?
In Dark Archives, Megan Rosenbloom, a medical librarian and a cofounder of the Death Salon, seeks out the historic and scientific truths behind anthropodermic bibliopegy. Dozens of these books still sit on the shelves of the world’s most famous libraries and museums. What are their stories?

Dark Archives exhumes their origins and brings to life the doctors, murderers, women, and indigents whose lives are bound together in this rare, scattered, and disquieting collection. It also tells the story of the scientists, curators, and librarians like Rosenbloom–interested in the full complicated histories behind these dark artifacts of nineteenth-century medicine–are developing tests to discover these books and sorting through the ethics of custodianship.

A whip-smart and witty writer, Rosenbloom has crafted a narrative that is equal parts detective work, academic intrigue, history, and medical curiosity. Thrilling, captivating, and macabre in all the right ways, Dark Archives encourages us to take another look at the very serious ways in which the powerful have objectified people over time–perfect for fans of Mary Roach, Lindsey Fitzharris, and the art of collecting. 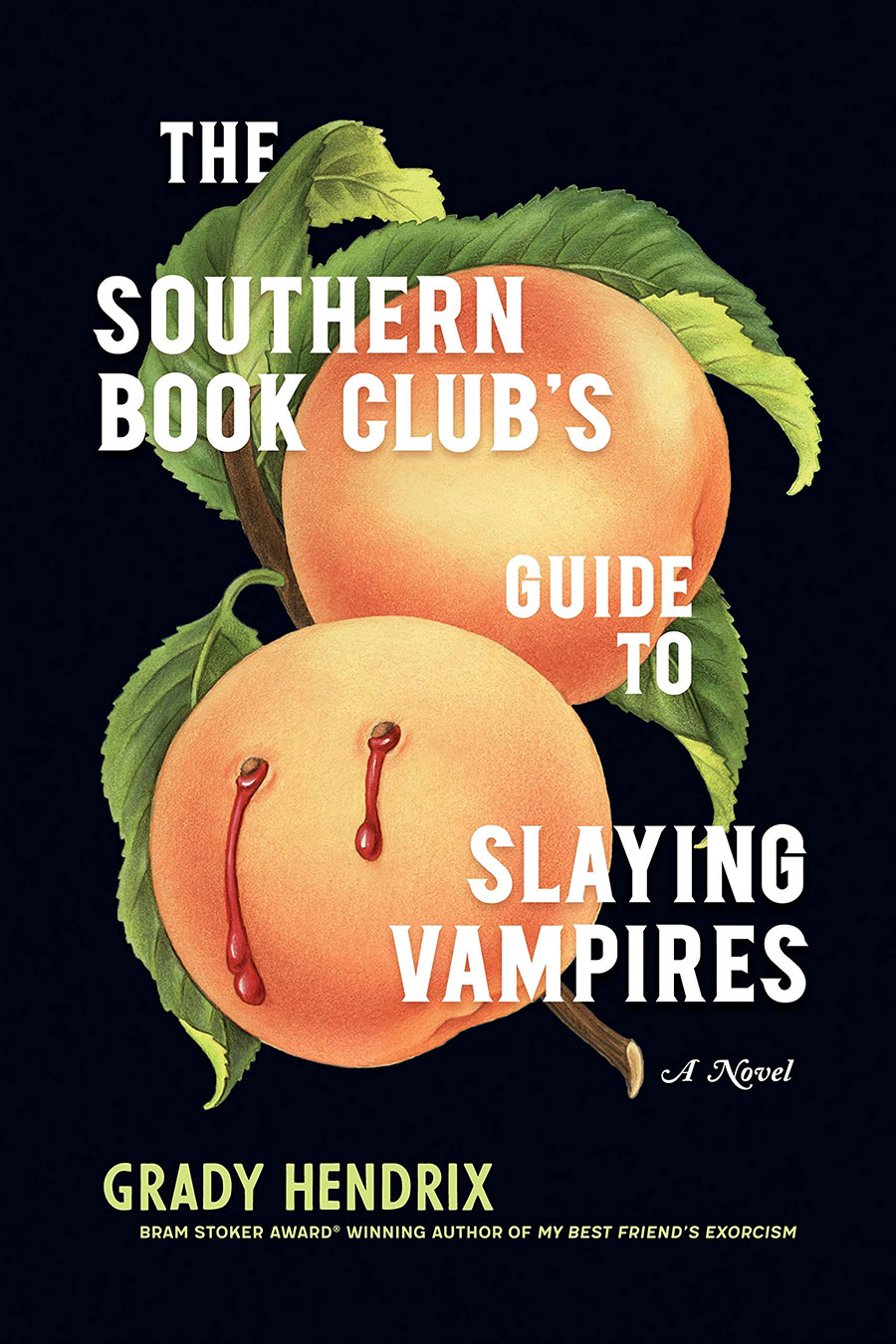 The Southern Book Club’s Guide to Slaying Vampires: A Novel

Steel Magnolias meets Dracula in this ’90s-set horror novel about a women’s book club that must do battle with a mysterious newcomer to their small Southern town, perfect for murderinos and fans of Stephen King.

Patricia Campbell’s life has never felt smaller. Her husband is a workaholic, her teenage kids have their own lives, her senile mother-in-law needs constant care, and she’s always a step behind on her endless to-do list. The only thing keeping her sane is her book club, a close-knit group of Charleston women united by their love of true crime. At these meetings they’re as likely to talk about the Manson family as they are about their own families.

One evening after book club, Patricia is viciously attacked by an elderly neighbor, bringing the neighbor’s handsome nephew, James Harris, into her life. James is well traveled and well read, and he makes Patricia feel things she hasn’t felt in years. But when children on the other side of town go missing, their deaths written off by local police, Patricia has reason to believe James Harris is more of a Bundy than a Brad Pitt. The real problem? James is a monster of a different kind—and Patricia has already invited him in.

Little by little, James will insinuate himself into Patricia’s life and try to take everything she took for granted—including the book club—but she won’t surrender without a fight in this blood-soaked tale of neighborly kindness gone wrong. 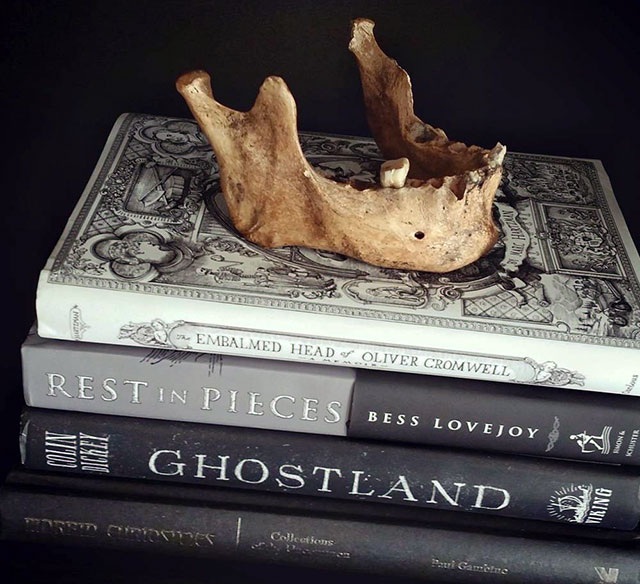