The Bonnie and Clyde car, a bullet-riddled and blood-stained Ford the notorious bank robbing couple were driving when they were killed, has been a morbid sideshow exhibit for years. 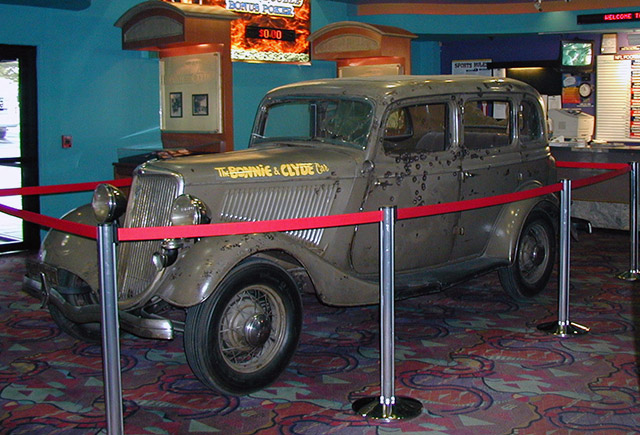 The Bonnie and Clyde death car on display at Whiskey Pete’s Hotel and Casino in Primm, NV.

On May 23rd, 1934, Bonnie and Clyde were gunned down in their stolen 1934 Ford Model 730 Deluxe Sedan. A posse of police officers ambushed the couple and unloaded 167 bullets into the car on a rural road in Bienville Parish, Louisiana.

“Each of us six officers had a shotgun and an automatic rifle and pistols. We opened fire with the automatic rifles. They were emptied before the car got even with us. Then we used shotguns,” officers Ted Hinton and Bob Alcorn stated afterwards. “There was smoke coming from the car, and it looked like it was on fire. After shooting the shotguns, we emptied the pistols at the car, which had passed us and ran into a ditch about 50 yards on down the road. It almost turned over. We kept shooting at the car even after it stopped. We weren’t taking any chances.” 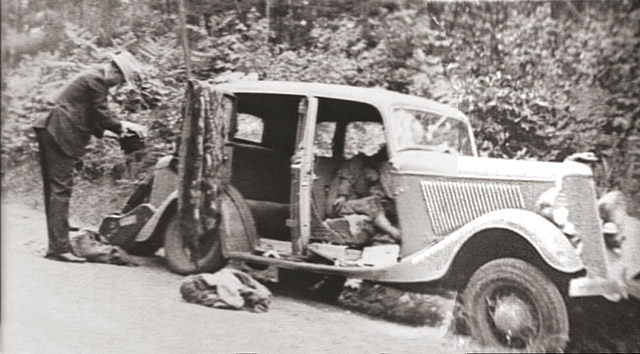 The coroner’s report listed 17 separate entrance wounds in the body of Clyde Barrow and 26 in Bonnie Parker’s. There were reportedly so many bullet holes that the undertaker had difficulty embalming their bodies.

The car was returned to owner Ruth Warren, who almost immediately leased it out to tour the country as a gruesome sideshow attraction. 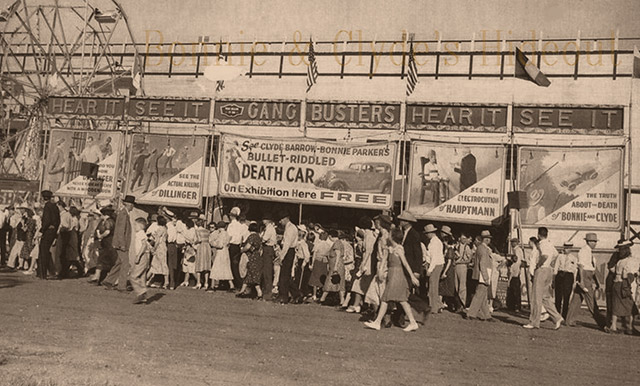 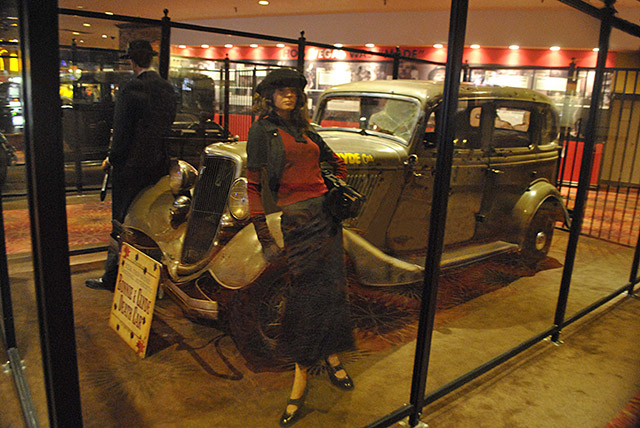 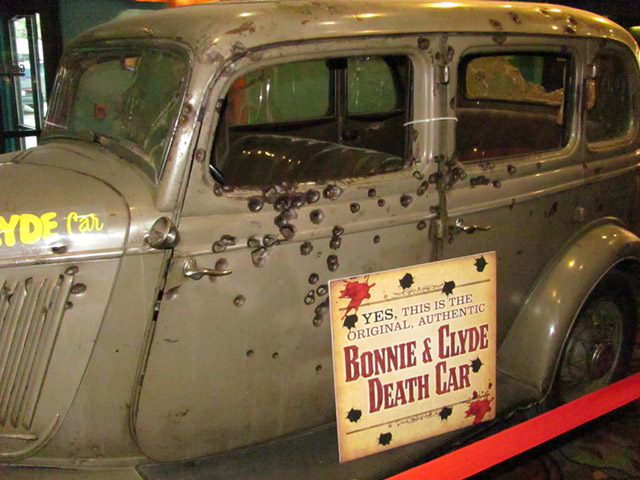 Today, the actual Bonnie and Clyde death car can be seen on display at Whiskey Pete’s Hotel and Casino in Primm, NV. 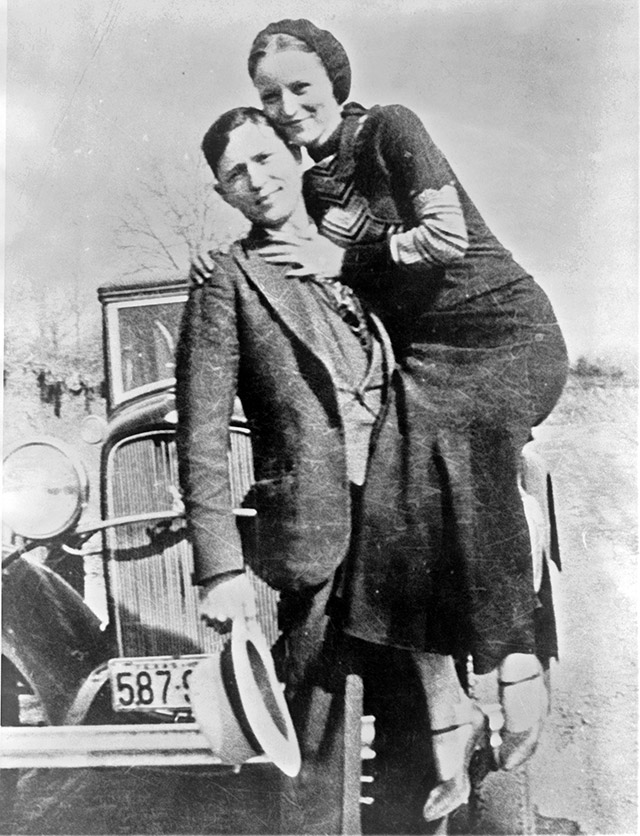 Bonnie and Clyde deserved NOTHING! Their ‘claim to fame’ was that they were thieves, robbers and cold blooded murderers. The ONLY way to stop their murderous crime spree was to shoot and shoot a LOT first!
How many more that would have been killed, in an effort to capture them alive, will thankfully remain a mystery and one way or another killing them was the ONLY option!
As for which car is the ‘real’ death car, does it really matter?!? Over the years a LOT of money has been made, from cars that SHOULD have been crushed decades ago!

Bonnie and Clyde’s were murdered in cold blood. They were never convicted of killing anyone. That makes them enasent .

Although there are a lot of fake Bonnie and Clyde death cars out there, this one is without question the actual car, all the bullet holes match up perfectly with the 1934 photos taken at the scene of the shooting

I shot the sherriff

This is the original….the FBI were paid by Primm, Nevada owners to prove to everyone, and so they did a comparison of the ones that said they were the original, and this turned out to be the original one, and the one in the video….and anyone that needs more proof than that can compare the bullet holes in the original film, and if you think that is a conspiracy, then you need mental heath care and need to be beamed up to your original planet of coo coo bird……and now that we have that out of the way – I… Read more »

“Gunned down” is right, they hid in the bushes like hyenas and ambushed them.

This was neat I enjoyed seeing the pic and the story

Presuming the YouTube video ‘Bonnie and Clyde’s Death Actual Footage’ is legit, can’t the ‘which car’ controversy be resolved by comparing the bullet holes in today’s preserved cars with the bullet holes visible in the video?

There’s a guy by the name of Massey, that says he has the original car… That can’t be true, right???