VR game will let you experience the macabre secrets of H.H. Holmes while evading the killer himself in the hotel he built for murder. 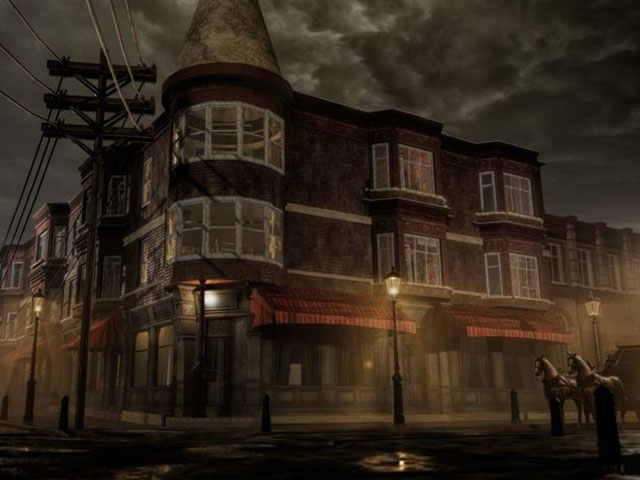 The murder castle recreated in The Horror of H.H. Holmes game

Holmes claimed he ended more than 200 lives in the building, though the exact number remains unknown. And many of Holmes’ secrets were lost when the building burned in 1895 while the killer was in prison awaiting execution.

But soon, thanks to the twisted mind behind 2015’s hilariously campy creature feature Insectula!, it will be possible to step back in time into a virtual recreation of Holmes’ notorious Murder Castle.

“I always loved secret passageways and thought what if you could go through his castle, how cool and creepy it would be,” said Mike Peterson—filmmaker, visual effects designer, and Holmes aficionado—of his upcoming game The Horror of H.H. Holmes. “So that is basically the reason behind it, so people can explore the castle as realistic as I can make it.” 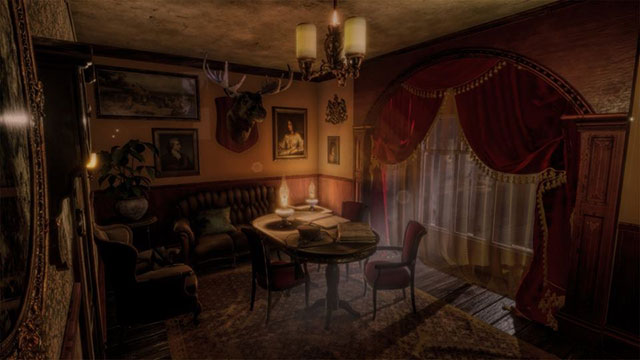 “I’m trying to be as accurate as possible,” he said. “I’ve read virtually every book on him (certainly any that matter), and even these vary wildly. Newspaper accounts at the time were very sensational, and Holmes himself was a notorious liar, even lying at his hanging.”

Mike said H. H. Holmes: The True History of the White City Devil by Adam Selzer was instrumental in sorting fact from myth.

But there are no photos of the building’s interior, so many of the details are unknowable. 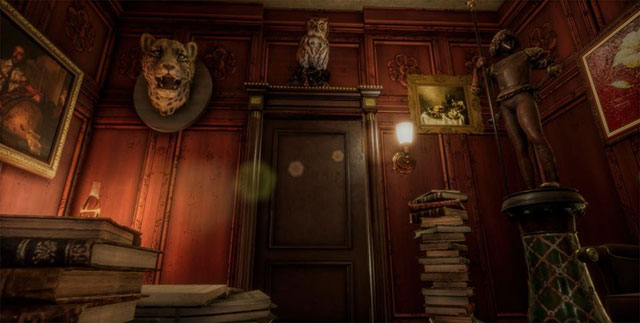 “There is of course a certain amount of guesswork,” Mike said. “I’ve studied how Victorian rooms were decorated and I keep rechecking scale to make sure it is reasonable. Knowing Holmes was wealthy but incredibly cheap has to be kept in mind, however, he also made his money buying expensive things and swindling his way out of paying.”

For Holmes, it was all about appearances.

“I figure the larger rooms closer to the front would have been decked out with his show items,” Mike said of the Castle’s interior design in the game, “and as you move to the back of the castle, the rooms become sparser. Some rooms are described by witnesses, which give me a better clue as to how they looked.”

While Holmes’ vaults and stoves (big enough to hold people) will be in the game because they were described by witnesses during the trial, Peterson said myths such as a stretching rack for torture will not be included. 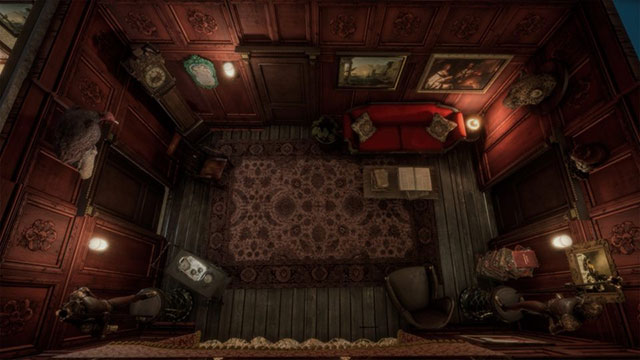 The Horror of H.H. Holmes will be an elaborate maze game in which players will have to search the Murder Castle for evidence of Holmes’ crimes while trying to evade the killer himself. If you’re not careful, you may find yourself Holmes’ next victim as you dodge squeaky floorboards, rooms wired with alarms, and other obstacles. But you can find clues that may help you avoid the basement dissection table.

“The vaults will have a combination you need to find (which is indeed the actual combination), which will allow you to hide in them where Holmes can’t hear you,” Mike said. “However the clues will change places every start of a new game.”

But what if you are terrible at video games like I am? Players will have the option to turn off the game portion and simply explore the Murder Castle. In all it’s gloriously morbid VR glory, of course. 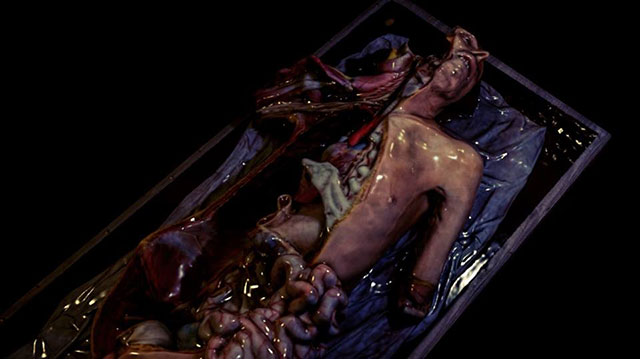 The game doesn’t have a release date yet, but Mike plans to have it done and available on Steam before Leonardo DiCaprio and Martin Scorsese’s The Devil in the White City series, adapted from the book by Erik Larson, is released on Hulu.

when will it come out?