50 years after the first sighting, a Point Pleasant man believes he captured a photo of the notorious creature.

Has mothman resurfaced in Point Pleasant? WCHS Eye Witness news in West Virginia is reporting that a man who recently moved to Point Pleasant and claims to have been unaware of the notorious legend captured a photo of something that looks similar to Mothman Sunday evening.

The first sighting of Mothman occurred 50 years ago on November 12, 1966. Five men digging a grave in a cemetery near Clendenin, West Virginia saw what they described as “a brown human being” fly low over their heads from some nearby trees. Several days later on November 15 two couples driving in a place outside of town known as the TNT Area were followed by a “large flying man with ten-foot wings” and glowing red eyes.

Sightings of the creature, as well as UFOs and men in black, continued throughout the next year. The bizarre phenomena seemingly culminated in the December 15, 1967 when the Silver Bridge collapsed, plunging rush hour traffic into the frigid waters of the Ohio River. The disaster killed 46 people. Afterward, the strange happenings stopped and Mothman was never seen again.

The man, who wanted to remain anonymous, was driving along State Route 2 when he saw something jump from tree to tree. He stopped on the side of the road to get some photos, catching what appears to be a winged figure with long legs flying through the air.

According to the report, it seems locals such as Carolin Harris, owner of The Mothman Diner, believe the photos could be of Mothman. 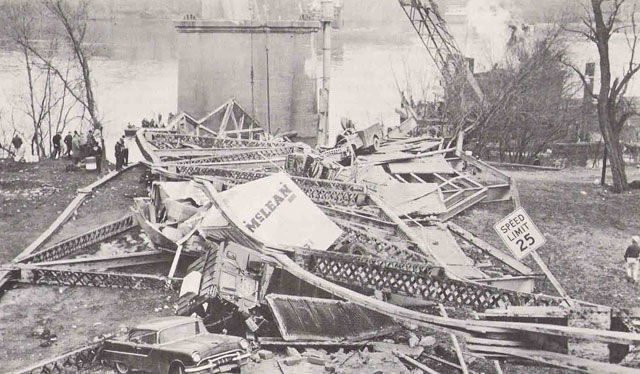 Wreckage of the Silver Bridge

Due to the Silver Bridge collapse, Mothman has come to be viewed as a bad omen who either appears to warn of impending disaster, or is the cause of it. If this is Mothman, what doom does his presence portend? 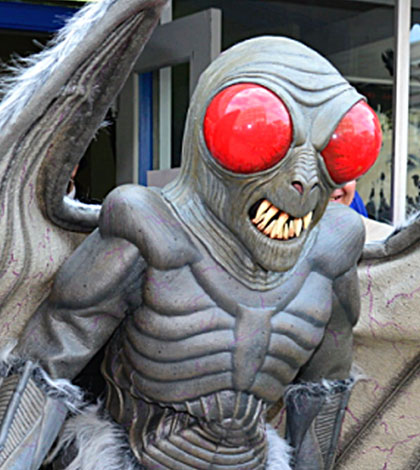 Celebrate the Bizarre in Point Pleasant at the Annual Mothman Festival 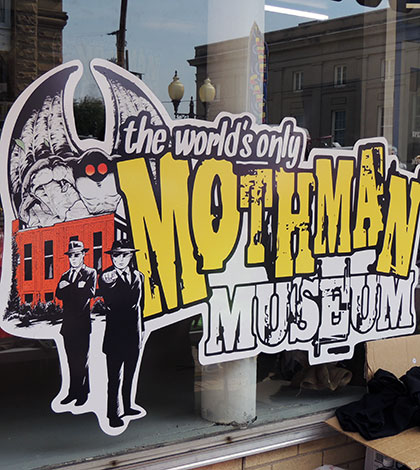