Artist Ken Walker created a taxidermy replica of Bigfoot as seen in the 1967 Patterson-Gimlin film and debuted it to curious crowds at the 2015 World Taxidermy Championships in Springfield, Missouri. It is the subject of the documentary Big Fur. 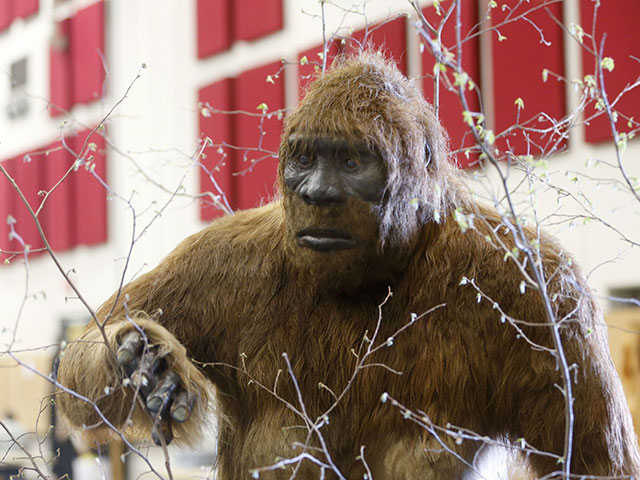 Crowds gathered at the 2015 World Taxidermy and Fish Carving Competition in Springfield, Missouri to get a glimpse of Bigfoot. Standing over six feet tall and covered in thick fur, the lifelike replica of Sasquatch was created by taxidermist Ken Walker.

Walker is a veteran champion of the competition’s Re-Creations category, which is for mounts created using parts that are not from the species being portrayed.

For his female sasquatch, Walker carved the body from hard foam, and then used the hide of a Scottish Highland cow for the skin and fur. 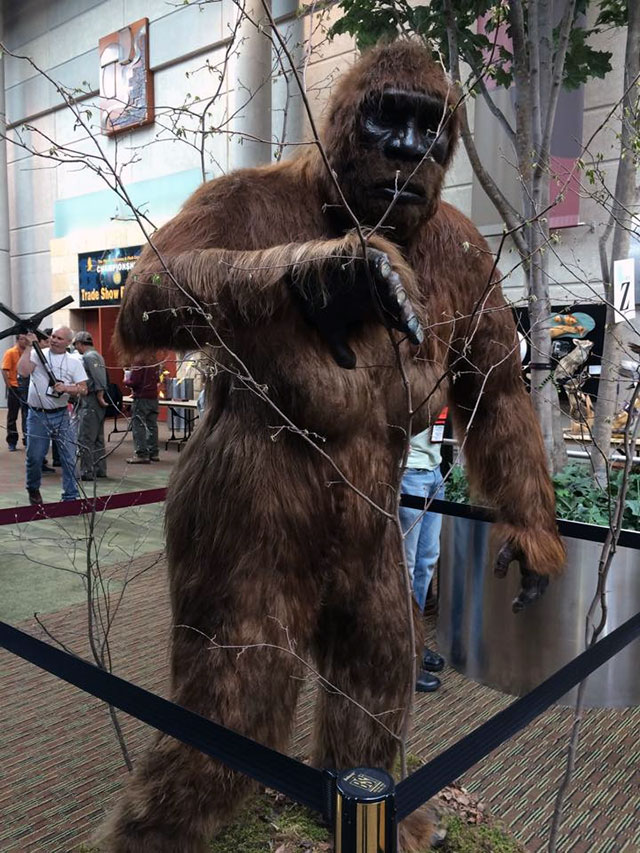 So why did a master taxidermist decide to craft such a controversial creature?

“A native of Canada, Walker said he saw something strange run across the road deep in the Alberta wilderness some 30 years ago and became fascinated with the legendary beast.”

“It was on two legs during the bear season in the middle of nowhere — there were no cars, there were no people around,” Ken Walker of his possible Bigfoot encounter. “I assumed whatever it was was a person. But they were like 400 yards away and running scared. It cleared a big ditch in one leap. I found it very odd because it ran up a hill without even slowing down. Even bears don’t do that.

“The guy with me said, ‘Was that a Sasquatch?’ And I said, ‘No, there’s no such thing.’ Back then you couldn’t convince me.”

Since then, however, Walker has heard enough stories to become a believer.

After numerous requests from fans of his work, the Smithsonian taxidermist set out to make a Bigfoot as realistic as he could.

He used the 1967 Patterson-Gimlin film as reference, which seems to depict a lumbering female Bigfoot. 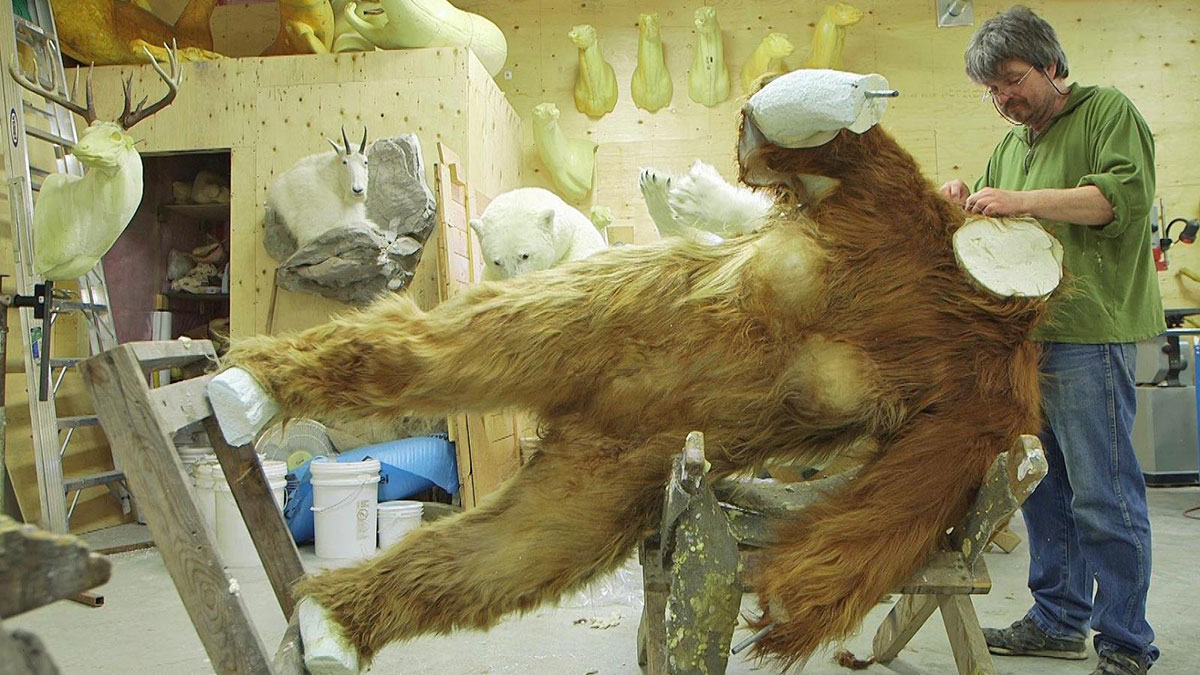 The project is the subject of a documentary called Big Fur. 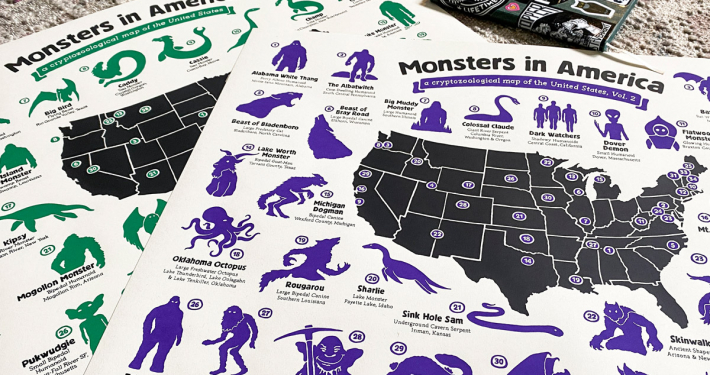