Does this book at the Piccolo Museo del Purgatorio in Rome offer proof of purgatory?

A peculiar book from the Purgatory Museum in Rome. Does this mysterious object on display in the Church of the Sacred Heart of Suffrage’s Piccolo Museo del Purgatorio offer scientific proof that purgatory is real? 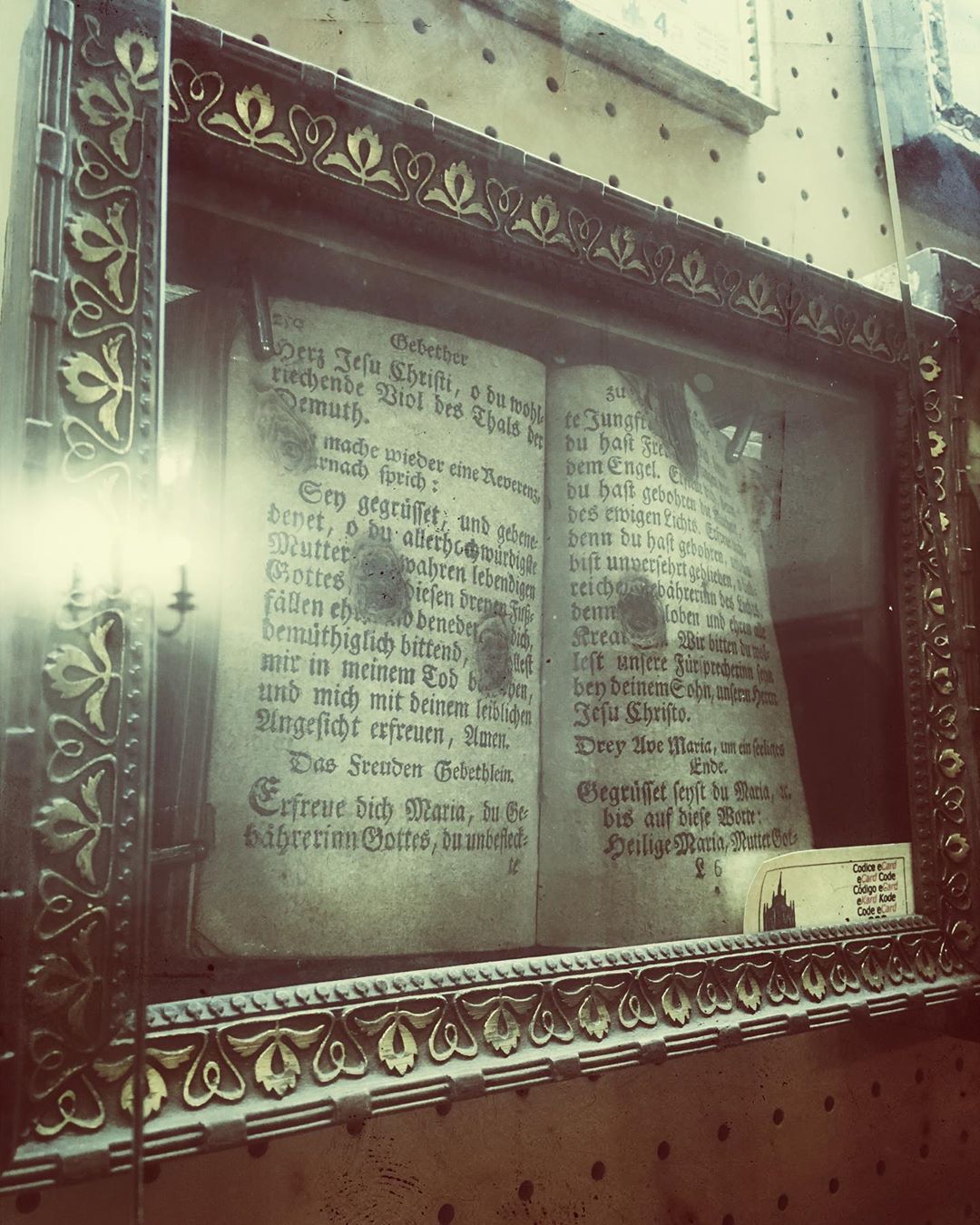 The Piccolo Museo del Purgatorio (Small Purgatory Museum) can be found in the Church of the Sacred Heart of Suffrage in Rome.

The original chapel on this site burned in 1897, leaving behind charred ruins and, according to Father Victor Jouet, the clear image of a spectral face left behind on one of the burned walls. Jouet concluded the mark was proof of the state of purgatory, the visage of a deceased soul suffering in expiation as it was being purified for entrance into Heaven.

With the blessing of Pope Pius X, Jouet travelled throughout Italy, France, Belgium and Germany seeking out similar relics. He collected his finds in a room adjacent to the newly rebuilt church. Among them is a bed shirt bearing the burned handprint of its owner’s dead mother, and this prayer book marked by the scorched fingerprints of a soul who reached out to his brother from purgatory asking for prayers to redeem his unholy life.

Share your photos to be featured! We’re looking for strange objects and curious places with fascinating stories. Submit here or use #cultofweird on Instagram.