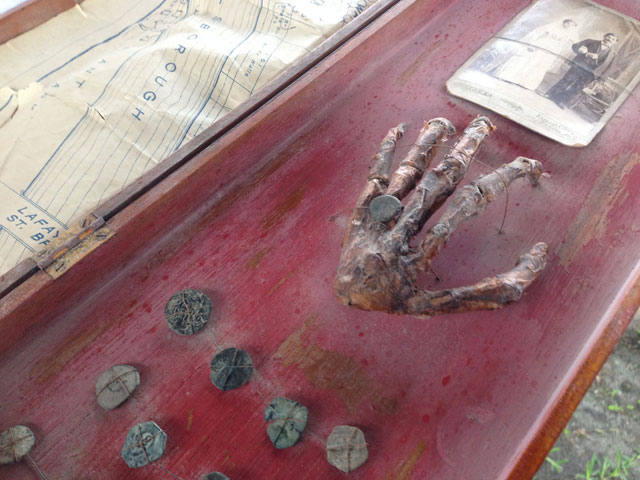 While doing some spring cleaning a few weeks ago, Maria Lopez made an unusual discovery in her grandfather’s attic. It was a simple wooden box, but inside were fascinating (and macabre) clues to a family mystery.

Fastened inside the box with copper wire is an old wedding photo, 18th century Spanish and Portuguese coins, a 1930s map of the Hillsborough River and a mummified hand wearing a ring. 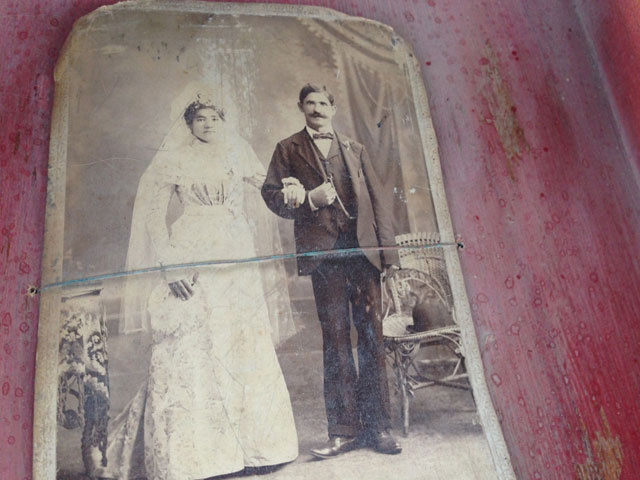 Maria’s brother Mike believes the couple in the photo may be their great grandparents, Eve and Ernesto Lopez. He remembers their grandfather telling stories when they were children of Ernesto finding the treasure of Tampa Bay pirate legend Jose Gaspar.

Several local antique stores described the contents of the box as “authentic and gruesome,” though a Tampa Bay historian says they do not appear to be genuine Spanish coins. 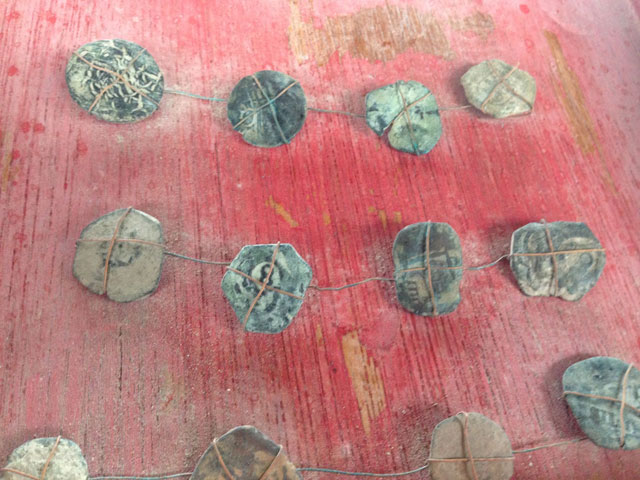 Whether the coins are authentic or not, Mike thinks the hand is real, and may belong to Jose Gaspar himself. 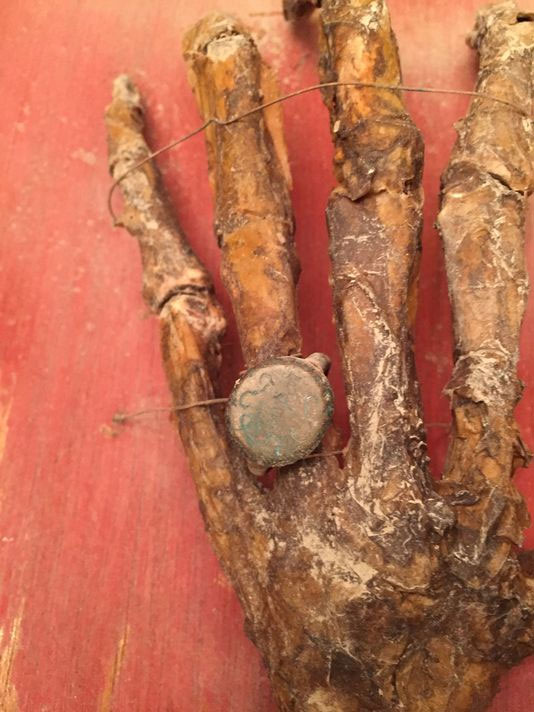 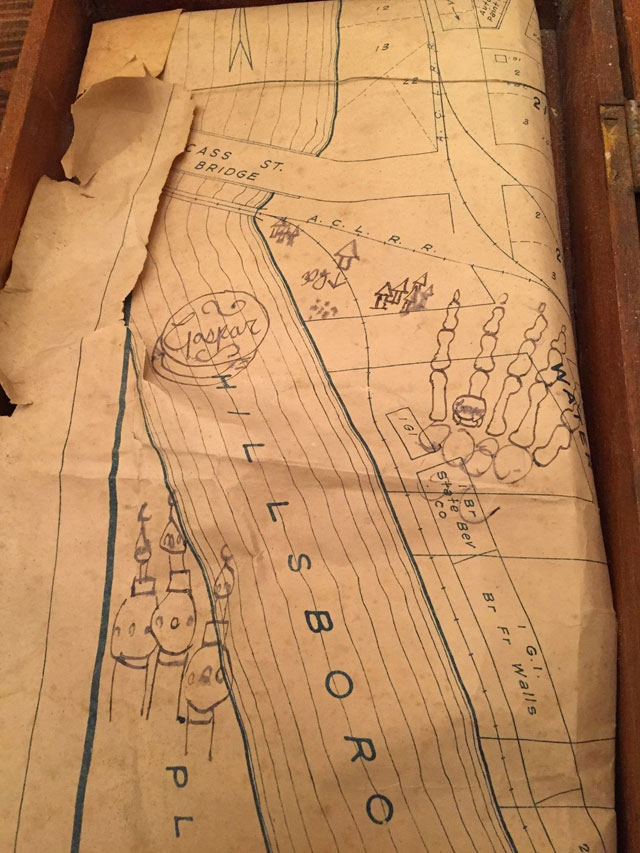 The Legend of Gasparilla

It seems the mythical pirate was a tall tale concocted by a man named Juan Gómez. He claimed to be one of the few crew members to escape a fateful attack by American pirate hunting schooner USS Enterprise in 1821. While Gaspar chained the anchor of his ship to his waist and dove into the water to avoid giving the enemy the satisfaction of killing him, Gómez lived to tell the tale.

The story was included in a brochure in 1900 for a hotel on Gasparilla Island, where the pirate supposedly stored his vast treasures in a hidden den that had never been found. The legend of Gaspar began making its way into other writings after that, without any other historical evidence to back it up. 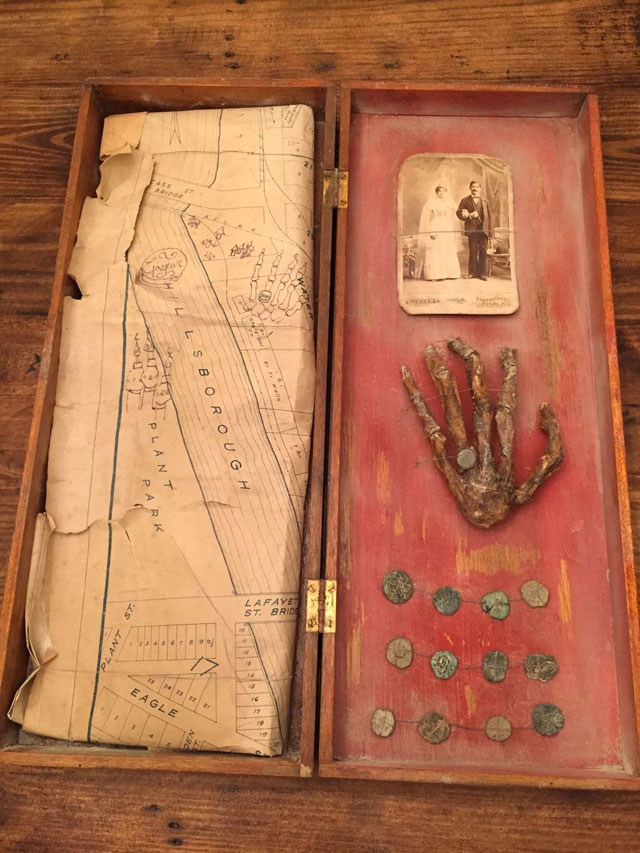 Is this the hand and treasure of Jose Gaspar?

was reading about Jose Gaspar aka Gasparilla Pirate and one story tells of his friend Roderigo Lopez wanting to leave the Pirate life and Gaspar helped him leave, so it seems Maria Lopez great great grandfather may have been Roderigo.

This website uses cookies to improve your experience while you navigate through the website. Out of these, the cookies that are categorized as necessary are stored on your browser as they are essential for the working of basic functionalities of the website. We also use third-party cookies that help us analyze and understand how you use this website. These cookies will be stored in your browser only with your consent. You also have the option to opt-out of these cookies. But opting out of some of these cookies may affect your browsing experience.
Necessary Always Enabled
Necessary cookies are absolutely essential for the website to function properly. These cookies ensure basic functionalities and security features of the website, anonymously.
Functional
Functional cookies help to perform certain functionalities like sharing the content of the website on social media platforms, collect feedbacks, and other third-party features.
Performance
Performance cookies are used to understand and analyze the key performance indexes of the website which helps in delivering a better user experience for the visitors.
Analytics
Analytical cookies are used to understand how visitors interact with the website. These cookies help provide information on metrics the number of visitors, bounce rate, traffic source, etc.
Advertisement
Advertisement cookies are used to provide visitors with relevant ads and marketing campaigns. These cookies track visitors across websites and collect information to provide customized ads.
Others
Other uncategorized cookies are those that are being analyzed and have not been classified into a category as yet.
SAVE & ACCEPT
wpDiscuz
2
0
Would love your thoughts, please comment.x
()
x
| Reply