Dr. Eugene Shoemaker, an American geologist, pioneer of astrogeology, and a founder of planetary science, became the first man to be buried on the Moon when his ashes arrived there with the Lunar Prospector spacecraft on July 31, 1999. 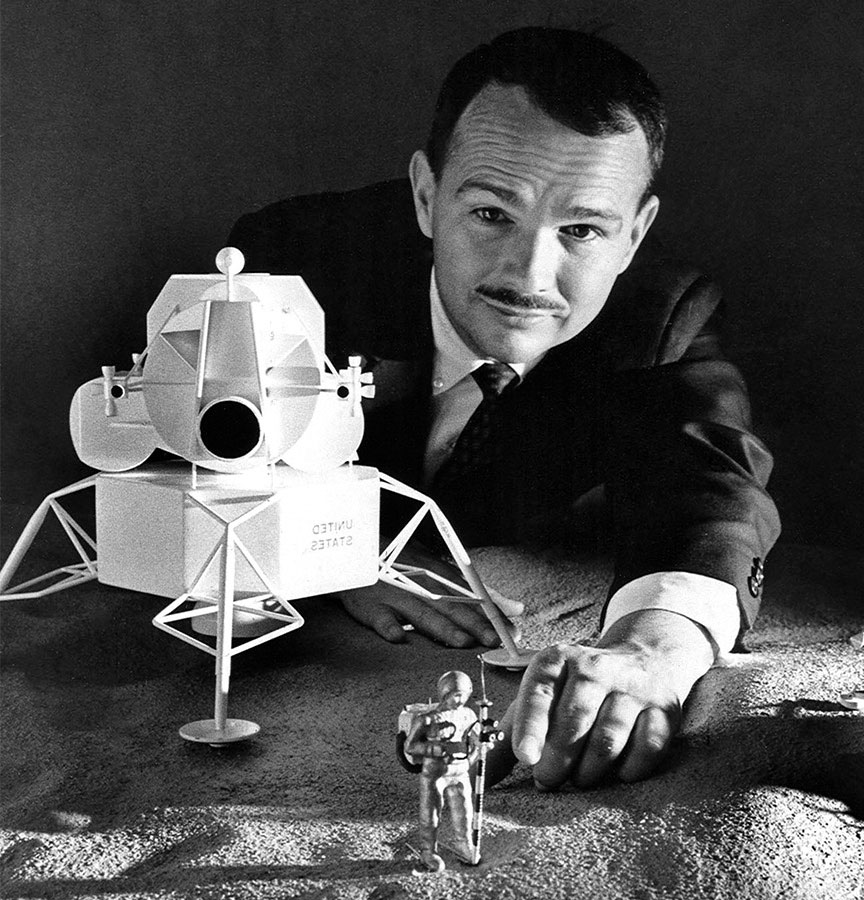 When the Lunar Prospector crashed into a crater in south polar region of the Moon on July 31, 1999, it was carrying an unusual payload: Dr. Eugene Shoemaker.

Some of him, anyway.

Shoemaker was an award-winning scientist who contributed to the Apollo missions, the identification of meteor impact craters on Earth, as well as other celestial bodies, and the discovery of the comet Shoemaker-Levy 9.

Shoemaker pioneered the study of astrogeology as the first director of the United States Geological Survey’s Astrogeology Research Program. In that position, he lead the team that created the first geologic map of the Moon.

On July 18, 1997, Shoemaker was killed in a head-on car collison while studying impact craters in Australia.

Carolyn Porco, a colleague of Shoemaker’s, proposed that NASA carry his remains to the Moon on the next lunar mission. She designed the capsule a portion of his ashes would be carried in, which included a brass foil wrapping engraved with images of Hale-Bopp (the last comet Eugene and his wife Carolyn observed together), the Barringer Meteor Crater in Arizona, and a quote from Romeo and Juliet:

And, when he shall die
Take him and cut him out in little stars
And he will make the face of heaven so fine
That all the world will be in love with night
And pay no worship to the garish sun. 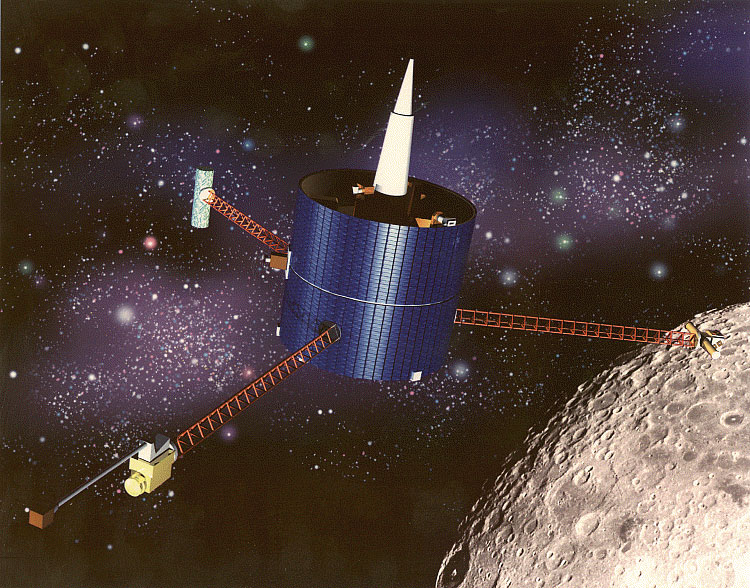 Lunar Prospector launched, with Shoemaker’s ashes onboard, on January 6, 1998. Its mission was to perform a low polar orbit study of the moon, including mapping of surface composition and polar ice deposits, measuring magnetic and gravity fields, and more.

Lunar Prospector successfully completed its mission by crashing on the Moon on July 31, 1999, forever entombing Shoemaker on its surface.

Eugene Showmaker is the only person to receive a burial on a celestial body other than Earth.