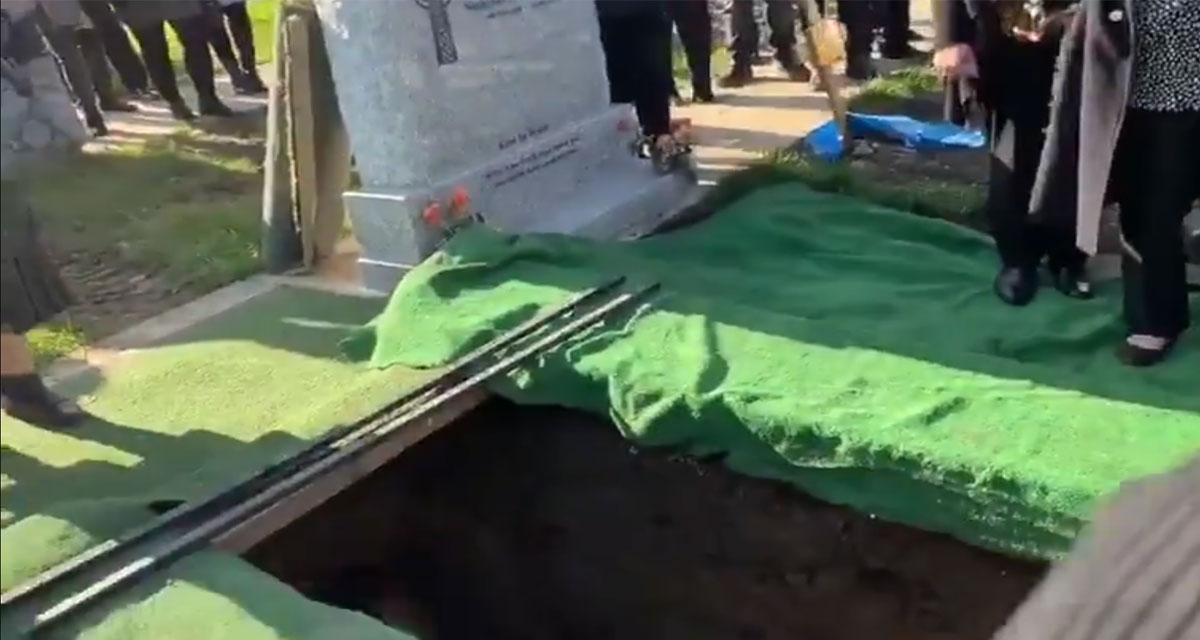 Shay Bradley pranked mourners at his funeral with a recorded message inside his coffin.

Shay Bradley was being lowered into the ground in a cemetery in Dublin, the bagpipes began to play, when suddenly he called out from his coffin.

The bagpipes stopped and his friends and family peered into the grave. They were confused at first, but then they started to laugh.

“Where the fuck am I?” Bradley called. “Hello?”

There was knocking from the coffin.

“Let me out, it’s fucking dark in here! Is that the priest I can hear? This is Shay, I’m in the box.”

Watch the video from the funeral:

Bradley had been terminally ill, and conceived the prank a year earlier with his daughter Andrea. He made the recording, and told her it was his dying wish that it be played as his coffin was being lowered into the ground.

“Here is a picture of the legend himself. My dad, Shay Bradley,” Andrea tweeted. “It was his dying wish that we played this at his funeral. What a man…. To make us all laugh when we were incredibly sad…..”

The Curse of the Maynooth Ghost Room
0 replies