After a year of research, the true identity of “Miranda Eve,” a 19th-century girl found buried beneath a San Francisco home, has been revealed.

The remarkably well-preserved remains of a young 19th-century girl were found during renovations beneath a San Francisco home in May of 2016. The neighborhood occupies what used to be a massive Odd Fellows cemetery, where some 26,000 were interred before the city starting relocating its dead in order to free up valuable real estate. The unidentified girl was buried 140 years ago, but while most of the cemetery’s residents were relocated to the necropolis of nearby Colma, she was somehow left behind.

Through the lead glass windows of the bronze coffin, the girl’s golden locks could be seen woven with small purple flowers. She was buried in an elaborately laced christening dress with roses, eucalyptus leaves and baby’s breath placed around her body. In her right hand she held a single purple Nightshade flower. Aside from some mold on her face, the air tight casket kept her pretty well intact. 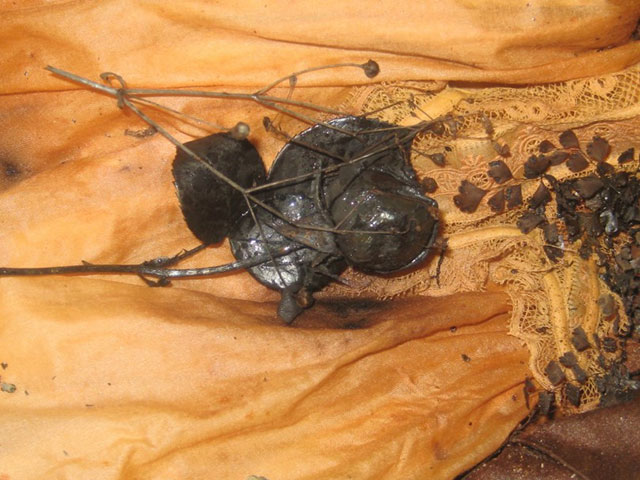 The girl’s burial dress and flowers (Garden of Innocence) 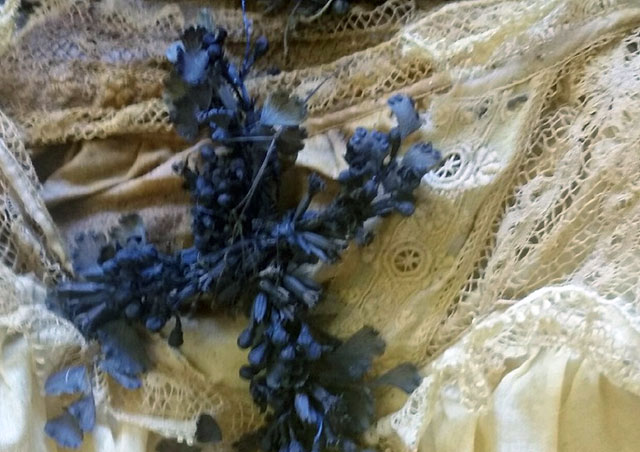 Since she was found on private property, the city said it was not in their jurisdiction. The responsibility of dealing with the coffin and its delicate remains fell on the homeowner, Ericka Karner. Karner could return the coffin to its grave, or pay a hefty sum to have it buried elsewhere. She decided to turn it over to the Garden of Innocence, a nonprofit group that provides burials for abandoned or unidentified children.

Volunteers for Garden of Innocence named the girl Miranda Eve, built a new violet-lined wooden case to hold her and her original casket, took a few strands of hair for DNA analysis, and gave her a second burial in Colma. The group spent the last year researching, digging through burial records, plot maps, surveyors maps, cemetery maps, county records, and old photos to identify the forgotten child.

The coffin turned out to be an important clue. The Barstow Metallic Burial Case, touted to be the “perfect protection from water and vermin,” was only sold in California by one company, Nathaniel Gray & Co. Undertakers. In September of 2016 a match was found for Miranda in the burial records of the N. Gray funeral home. The child matched Miranda’s approximate age of 2-3.5 years, and was buried in the same style of coffin. She died of marasmus, a form of severe undernourishment which may have been caused by an infectious disease. 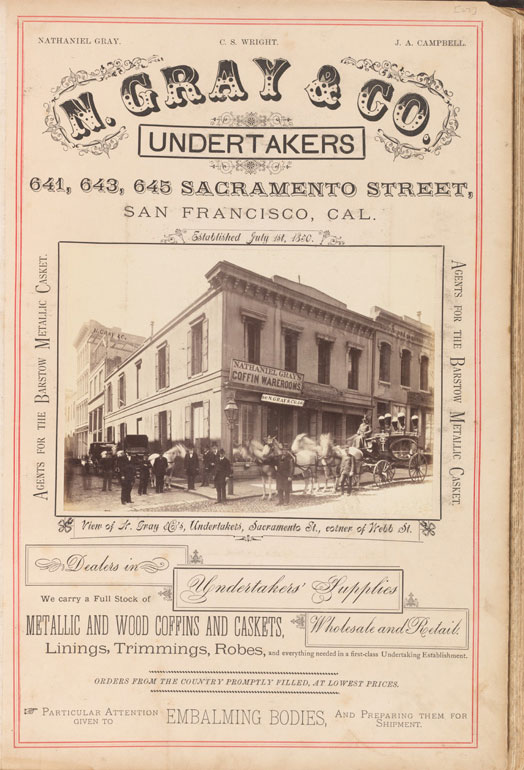 Researchers laid an 1870 map of the Odd Fellows Cemetery over current maps of the city, and compared known locations of cemetery landmarks to the place where the child was found beneath the house.

“The map pointed to the Yerba Buena section of the cemetery as being under the house at 26 Rossi,” Garden of Innocence wrote. “We searched the plot maps, we positioned the old crematory in place as it would have been in front of that house. The plot #2 of Yerba Buena was under the back yard of 26 Rossi. Plot #2 belonged to M. M. Cook.”

According to the family tree assembled by Garden of Innocence, the name on the plot map was the girl’s grandfather, Matthew M. Cook, who died in 1869. Using genealogy records, investigators identified a living descended, 82-year-old Peter Cook of Napa, California who knew nothing of his father’s side of the family. Cook agreed to a DNA test, which positively identified him as the grand nephew of the girl in the coffin.

Edith Howard Cook was born on November 28, 1873 to Horatio and Edith Cook, the report released Tuesday revealed. Her mother was the daughter of Peter Scoofy, an original member of the Society of California Pioneers. Her father tanned hides, manufactured leather belts, and served as Consul for Greece. They were married in 1870.

Edith died just short of her third birthday on October 13, 1876. The Cooks later had a second daughter named Ethel who, as the report notes, was at one time declared the most beautiful woman in America by a Russian nobleman. 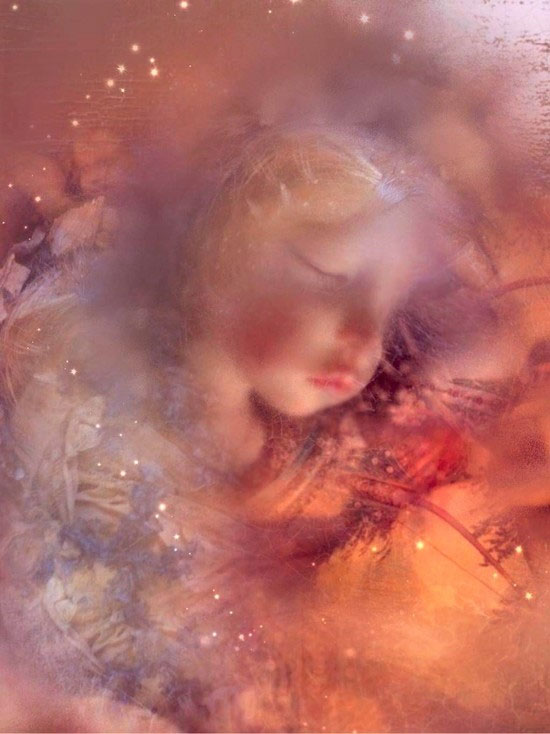 A public memorial service for Edith will be held at Greenlawn Memorial Park in Colma on Saturday, June 10th at 10am.