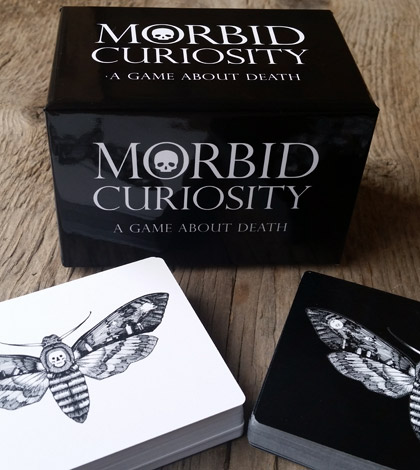 Strike up a death positive conversation with a loved one or have some morbid laughs with friends with the Morbid Curiosity game.

Last fall I stumbled upon a Kickstarter for a card game called Morbid Curiosity, and eagerly spread the word in hopes that it would get funded so I could get my hands on it. The premise was that, through death-related trivia and opened-ended questions, small groups of friends or family could have a lighthearted conversation about their inevitable demise.

Thankfully the game was funded. In fact, it exceeded its goal considerably. Everyone has a little morbid curiosity to satisfy.

My copy arrived over the weekend, and it doesn’t disappoint. The experience begins with the presentation: An elegantly minimal glossy black box with the skull logo filled with 162 cards, each printed with a beautifully illustrated death’s head hawkmoth. There are two sets of cards. Black cards are trivia, asking like “Whose gravestone reads: ‘Dead men are heavier than broken hearts?'” or “True or false: Corpses soil themselves.” White cards, on the other hand, will undoubtedly lead to some interesting conversations with questions such as “If events from our life do flash before our eyes just before death, share one event you hope you will see” or “Upon your death, are there any items you want disposed of before your family sorts through your possessions?”

“Morbid Curiosity is not a harsh look at your own mortality, or some delicate, awkward conversation about the end of life,” the Morbid Curiosity website says. “Rather, it is a unique, well crafted game that lets people look at death while having a good time. So kick off your shoes, sit down, and get to know Death a little better.” 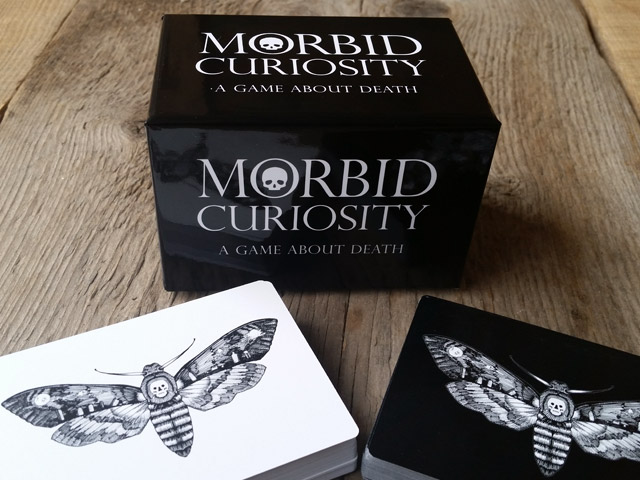 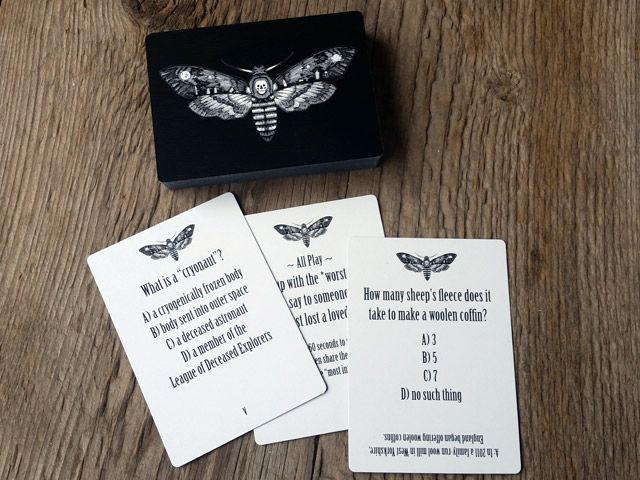 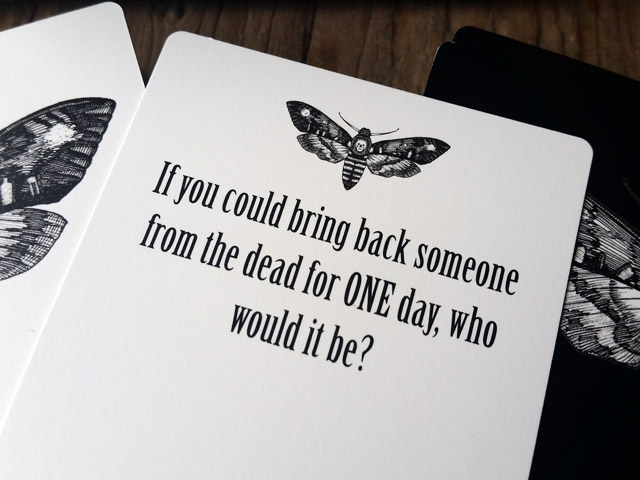 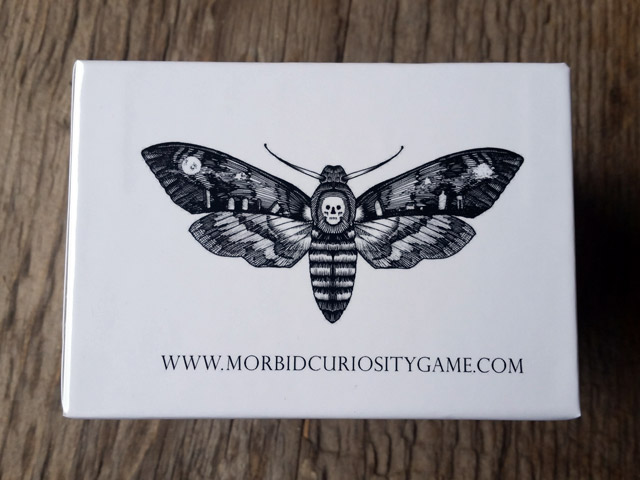 Play with me online by answering this question on Instagram: 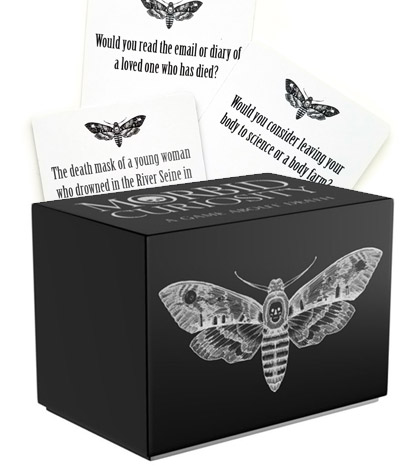