The mummified remains of Peder Winstrup, which still contain the internal organs, are one of the best-preserved human bodies from the 1600s.

The mummified remains of Peder Winstrup, a bishop and founding father of Lund University, have been examined and noted for their preservation several times since his death in 1679. In 2014 Winstrup was removed from the cathedral crypt so researchers could finally study the remains before giving him his final burial.

A preliminary CT scan has revealed that the internal organs are intact, making Winstrup a time capsule of life in the 1600s.

Why is the bishop so well preserved?

According to the Lund University report:

Usually the internal organs would have been removed; in this case, however, the body was not embalmed in a traditional manner but simply dried out naturally. The good condition of the body seems to be the result of several factors in combination: constant air flow, the plant material in the coffin, a long period of illness resulting in the body becoming lean, death and burial during the winter months of December?January and the general climate and temperature conditions in the cathedral.

The examination has already determined a number of things about his health when he died, including that he was bedridden for a long period before death, had gallstones, possibly tuberculosis and pneumonia, and had plaque buildup in his arteries. 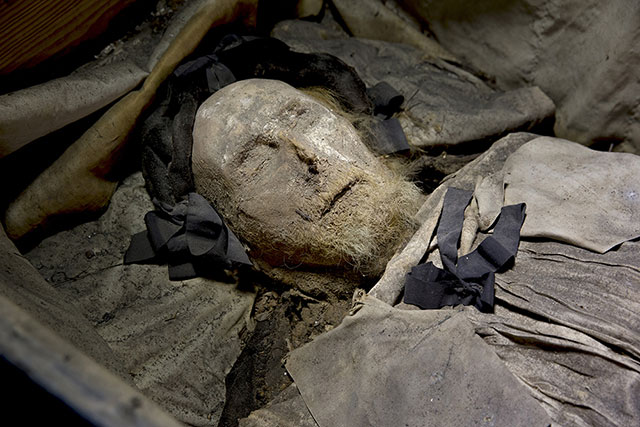 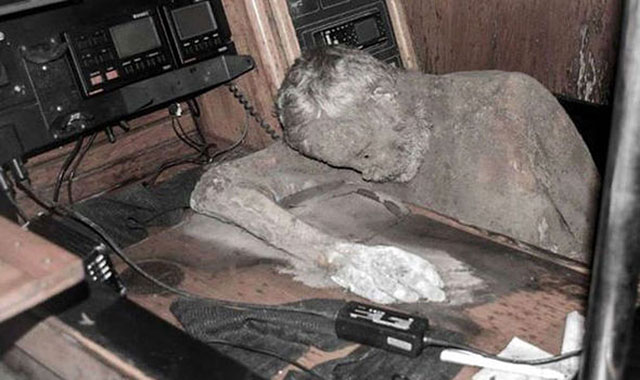 This yacht captain was found seven years after last being seen, mummified and drifting in the ocean on his sinking boat.

While many questions are being answered, an unexpected new mystery was revealed when the contents of the bishop’s coffin were scanned. The unidentified remains of a four-or-five-month old fetus was found hidden under his feet. Researchers will perform DNA testing to determine if there is any relation.

When the study of the remains is complete, Winstrup will be buried in a casket that will keep him preserved so future research can be carried out. 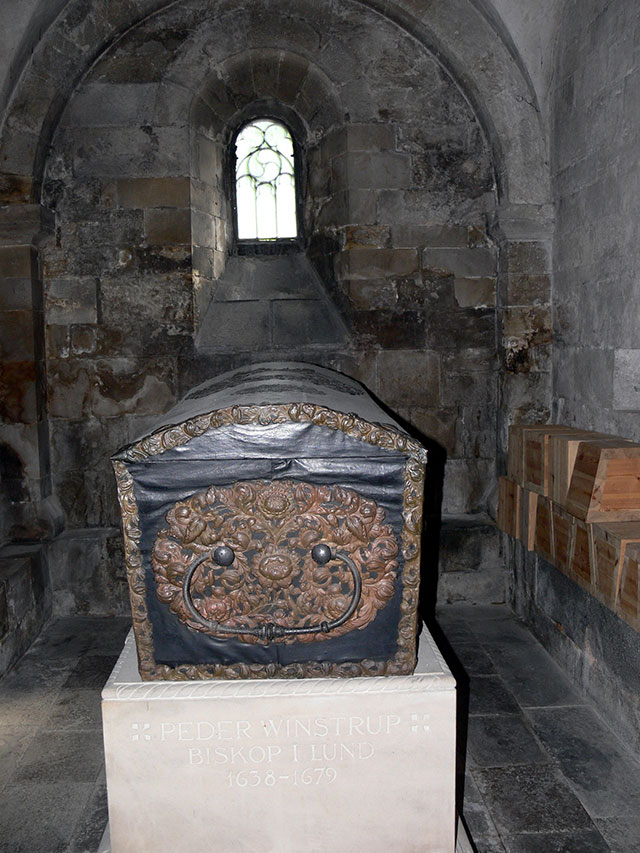 The coffin of Peder Winstrup in the crypt of Lund Cathedral before it was removed for research. Photo: Wolfgang Sauber/Wikipedia Commons

via Lund University and Lundagard

The old geezer looks good for his age. 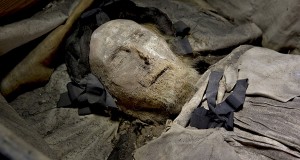 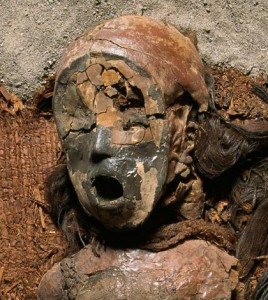 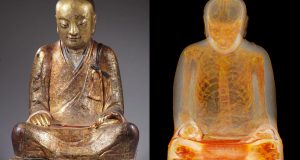 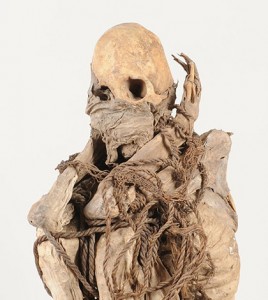