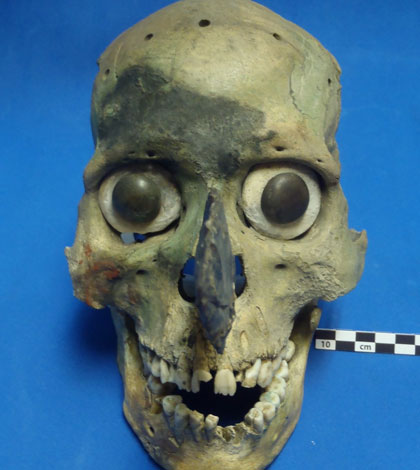 New research suggests 15th century Aztec masks found at the Templo Mayor in Mexico were made from the skulls of slain warriors and elite members of society. 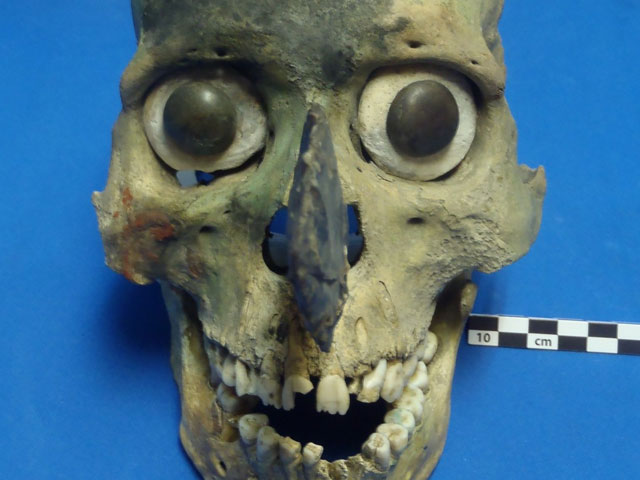 Like all great archaeological finds (and Cult of Weird parties), the discovery of Templo Mayor began in 1978 with a decapitated and dismembered body. A carving, that is. A monolith depicting the Aztec goddess Coyolxauhqui, who was beheaded by her brother Huitzilopochtli and thrown down a mountain. Huitzilopochtli was the Mesoamerican deity of war, sun, and human sacrifice. The monolith was part of a large temple dedicated to him at the heart of the 15th-century Aztec capital city Tenochtitlan, the area that is Mexico City today.

Inside the excavated ruins of the once massive Templo Mayor, where an estimated 20,000 human sacrifices had been conducted, archaeologists discovered 8 masks made from human skulls. The back of the craniums had been removed so they could be worn, with shells and stones placed in the eye sockets, and knives used for noses or tongues.

The purpose and origin of these relics was a mystery, but in a new article for Forbes, Kristina Killgrove writes that new research has shed some light on the macabre Aztec skull masks. 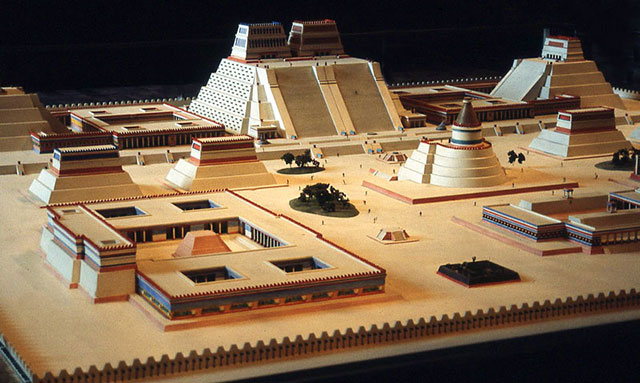 A model of the sacred precinct of Tenochtitlan, with Templo Mayor at the back. Museum of Anthrology, Mexico City.

The study reveals that the skulls belonged to males with good diets, in good health, and likely came from a variety of different areas around the Aztec Empire. They were probably defeated warriors and nobility brought to Tenochtitlan to be sacrificed.

Conquistador Bernal Díaz del Castillo wrote of leathery skin masks made from the flayed faces of sacrificed enemies, but using the skull seems to have been rare, leading to the conclusion by researchers that it was reserved for only the most elite. 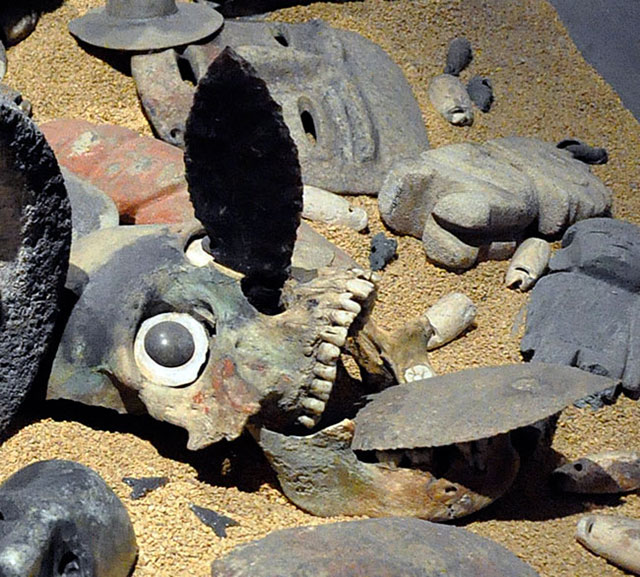 Aztec skull masks on display at the Templo Mayor Museum 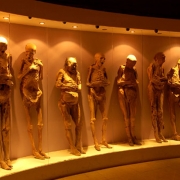