Airbnb is giving away a unique Halloween experience: A one night stay for two guests surrounded by the dead in the Paris catacombs. 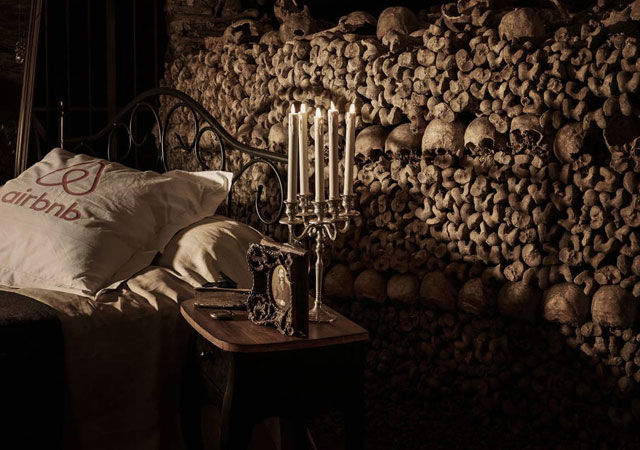 Are you brave enough to stay the night among the dead? Airbnb is giving you the opportunity, with a special one-night stay for two on Halloween in the macabre caverns of the Paris catacombs…surrounded by the skeletal remains of 6 million people.

Bienvenue to the bowels of Paris!
Looking for a change from the usual Halloween festivities? Escape the pint-sized pirates and mini goblins in the world’s largest grave— Paris’ famous catacombs, the final resting place of 6 million souls.

On Halloween night, journey to the center of the earth and learn about the hair-raising history of this mysterious subterranean labyrinth. Satisfy your thirst for adventure in the sprawling network of skulls and bones. Next, savor a dazzling culinary experience while enjoying a private concert in the most incredible acoustics under the earth.

Before bedtime, a storyteller will have you spellbound with fascinating tales from the catacombs, guaranteed to produce nightmares. Finally, enjoy dawn with the dead, as you become the only living person ever to wake up in the Paris catacombs.

For an unforgettable Halloween, tell the host before midnight October 20th why you think you’re brave enough to sleep in the catacombs.

The prize is open to couples and friends, 2 people maximum. 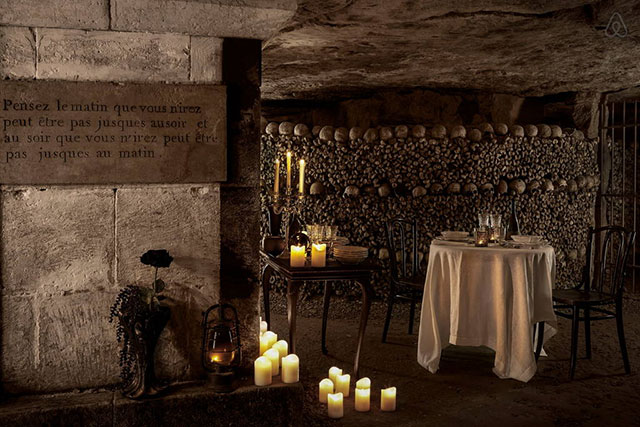 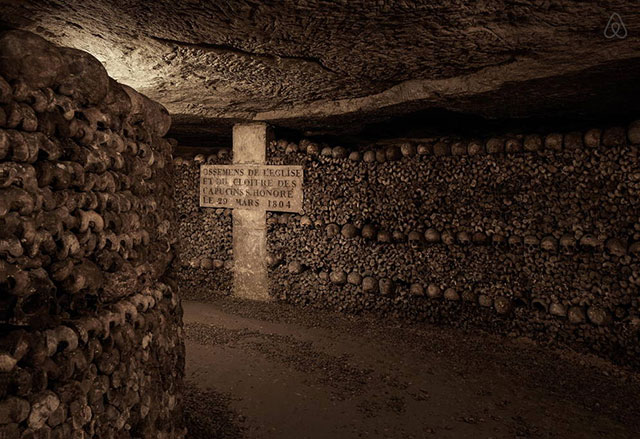 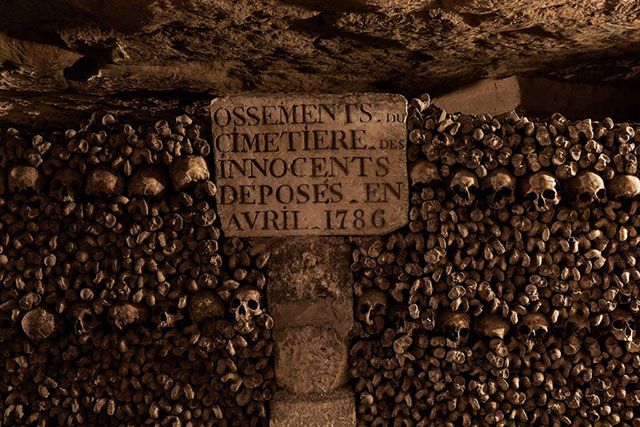 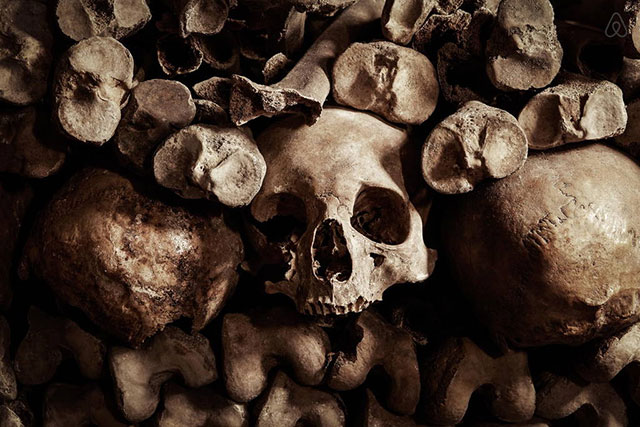 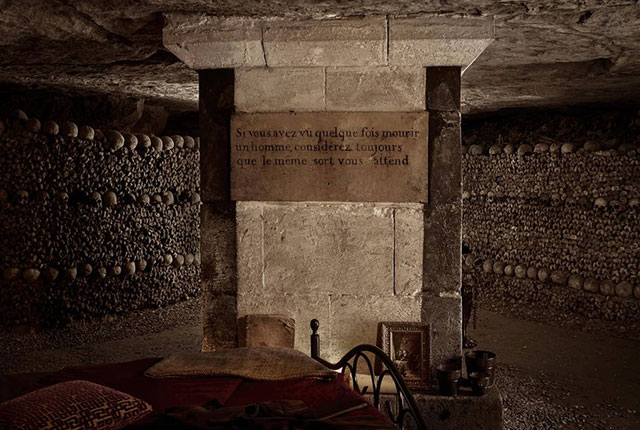 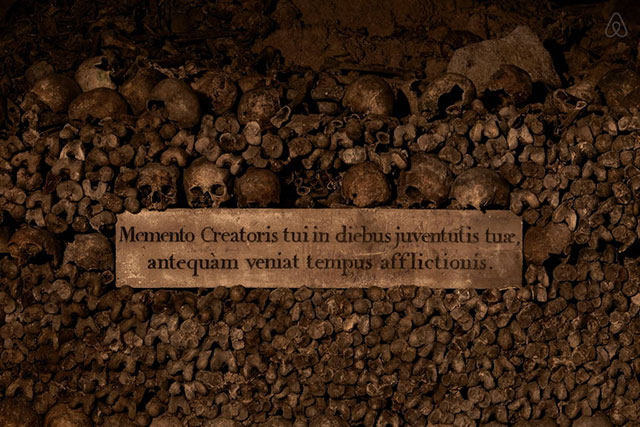 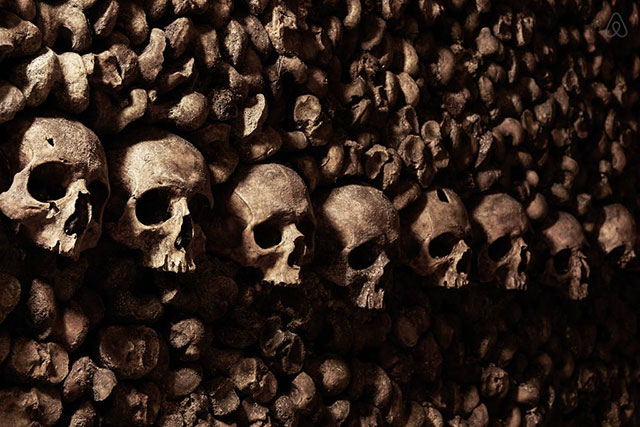 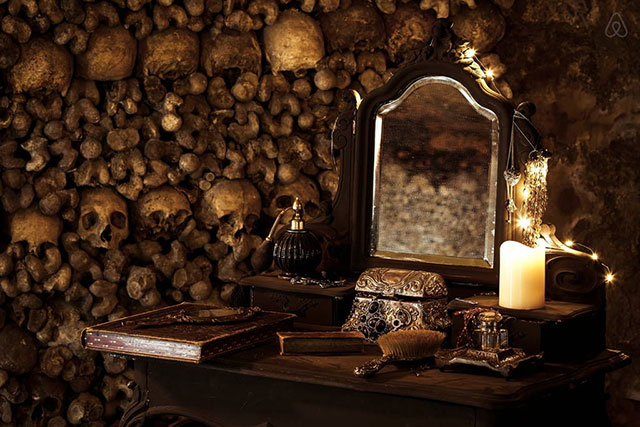 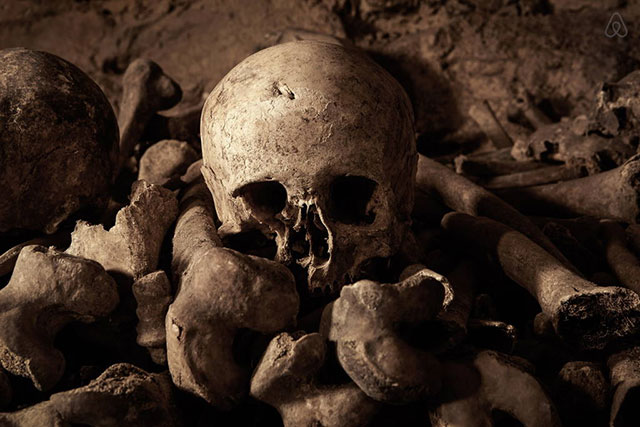 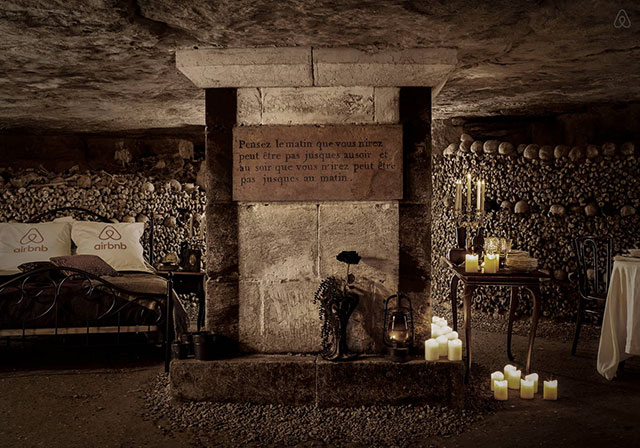 Empire of the Dead 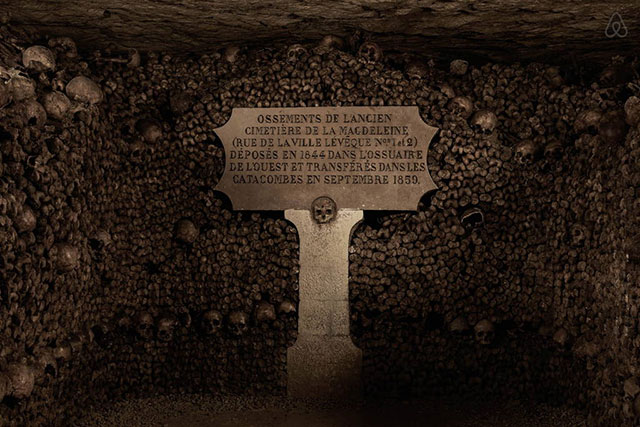 By 1786, the cemeteries in Paris were overflowing with centuries of human remains. The old mines below the city were being renovated due to recent collapses, and the solution to both problems soon became evident. The city’s vast underground was to become the world’s largest ossuary.

For two years, wagon processions carried remains exhumed from mass graves dating back to the Middle Ages from Cimetière des Saints-Innocents and other Parisian graveyards down into the dark, silent depths of the subterranean quarries.

In 1810, the head of the head of the Paris mine inspection service began overseeing renovations, transforming the catacombs from a pile of bones into the organized and artistic formations they are today.

This would be awesome.