Who says you can’t take it with you? As stipulated in her will, millionaire heiress Sandra West was buried in lingerie in the driver’s seat of her powder blue 1964 Ferrari. 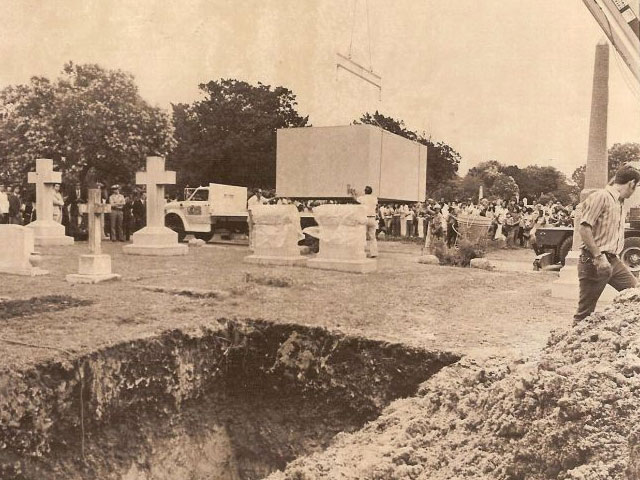 A crane lowers Sandra West and her Ferrari into the grave

Sandra West, heiress to her dead husband Ike West’s Texas oil fortune, died from an overdose of prescription drugs on March 10, 1977 in her Beverly Hills home. West, who was described by her physician as “a psychotic with a tendency toward paranoia and hallucination,” had requested in her will that she be dressed in her lace nightgown and buried in one of her three Ferraris “with the seat slanted comfortably.”

Because you wouldn’t want your corpse to spend eternity in an awkward, upright position.

West’s body and her beloved Ferrari were sent back to Texas, where a huge grave was dug beside her husband in San Antonio’s Alamo Masonic Cemetery. The car was placed inside a large wooden crate, lowered into the ground by a crane, and then covered in concrete. 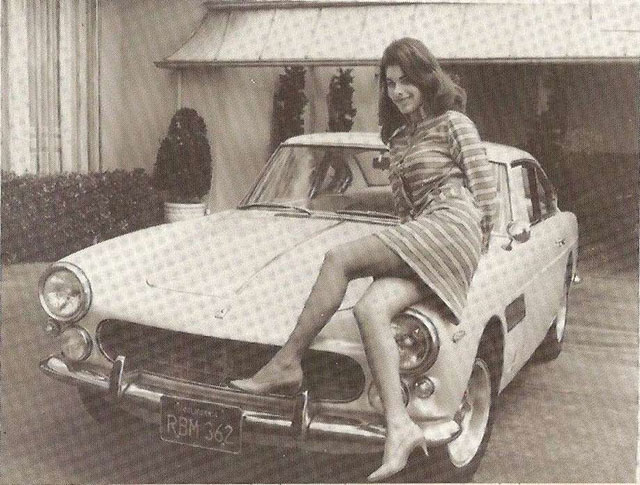 Article here: Socialite Sandra West was buried in her Ferrari in San Antonio

Yeah, I think she wanted the radio playing her favorite station as well!

The car featured above was NOT the one in which she was buried; it was the Ferrari Dino.