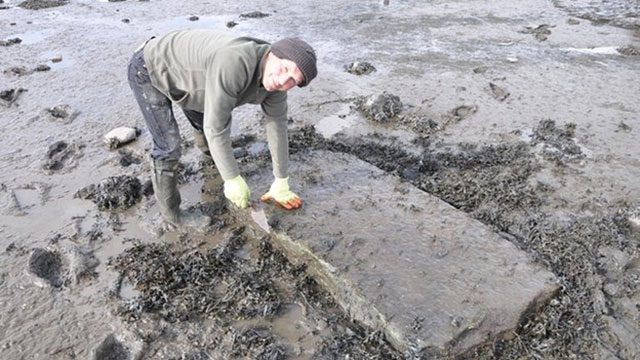 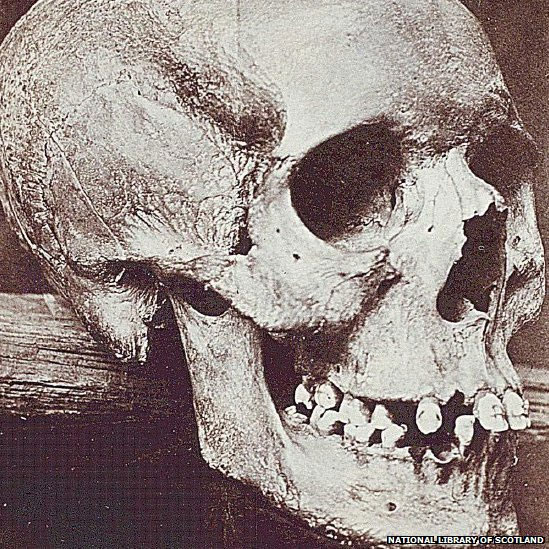 I read the article, because I stumbled upon it on Pinterest and was intrigued by the title. After reading all of the comments, I couldn’t help but think that poor Lilias doesn’t even have peace in death. Here we are in a new millennium and people continue to put her on trial. Best thing we can do is let this go and bury our hatchet with poor Lilias. Lets be kinder to one another starting now. Haven’t we learned anything from these witchcraft accusations in days of old that were more often baseless and s very cruel that they ruined… Read more »

So, let me guess. She was tortured until she gave confession. Yeah, torture me enough, I’ll confess to being the second gunman on the grassy knoll.

Pagans crack me up. Do you honestly think these poor people had access to multi colored little candles, statues of Isis, sage bundles, or made wands with jewelry hanging off them? What remained of any sort of “paganism” was simple folk medicine or sympathetic magic like water witching. These people of 1500 to 1700 were long past remembering any gods or goddesses. Brigid would be bout the only one because she was enveloped into Christianity. This woman was most assuredly a Christian who confessed because you had a better chance of surviving if you confessed. Scotland’s witch trials made Salem… Read more »

Old women often occupied land that the greedy coveted, and may even have been kept by “the parish” – essentially living off charity. The easiest way to get rid of them was to accuse them of witchcraft. I am a pagan of of over 35 years standing and I long ago stopped recuiting old dead Christian women to my faith through a distorted view of history and a perverted desire to make my beliefs seem more valid because they are old. The pagan revival began in recent decades, the Druid revival in just the last couple of centuries, and these… Read more »

D.R. Marks, Well Said!! Thank you for being a quiet voice of reason, tolerance and acceptance.

Here come the Christian soldiers all dressed in Red and White, a plague of idiots blinded by their faith.

That surely doesn’t look like the skull of an old woman. That’s a young person for sure. The teeth are almost complete, just some lost post mortem and no sing of periodontal disease.

What makes me wonder is this: ~Who~ claimed it to be her skull and where is the proof of it? Was her head removed before interment, to be buried elsewhere? Did someone claim it as such to gain notoriety? No one should rob a grave for any reason, but this disturbs me greatly. If it is her skull, I feel sorry for her, poor lady.

Im with ozma, buttholes should have respect for the dead and not mess with graves

Can I suggest a humanist burial? Religion or faith or belief – whatever you want to call it – plays no part.

Horrendous way for anyone’s remains to be treated,hope they find the rest of the skeleton and perhaps she could have a beautiful pagan funeral xx

Maybe Christian to others by label, but I bet in her heart & soul she still knew who she was, hence, the jail time….

We have ways of making you talk!

So sad for the poor woman. All of her remains need to be found and she needs to be given a respectable burial, whatever that may be, and she should be left in peace. Also, her story should be told lest we forget the lessons from our past.

Is that at the ness?

I studied life of Lilly for adult learning project, she was badly treated, glad her grave was found again, I hope one day she gets a Christian Burial x

Men got their jollies from torturing women, after all, women were just chattel back then,

No 1. Fu@# religion, I’m nice to people because I want to be not because a fairy tale tells me to. No2. This is why I want to be buried. After I’ve given my whole body to donation so I can live on that bit longer. Bury me shallow and somewhere in the way, after the rats have knawed on my bones some kids might find my skull sticking out and nick it! Then have a good kick about. After finding it’s not a football with fillings they’ll take it to some gypsies who’ll cut a hole in the top… Read more »

She’s dead and has been for many years. Get over it. We have people dying in horrendous ways today due to religion.