Beware the Slenderman: Documentary About Wisconsin Stabbing to Appease the Creepypasta Character

Beware the Slenderman documentary is about two 12-year-old Wisconsin girls who attempted to murder their friend to appease the creepypasta character.

In 2014, the story of two Wisconsin girls who stabbed their friend for the fictional Slenderman character shocked the world. Morgan Geyser and Anissa Weier, then 12 years old, lured their friend into the woods in Waukesha, WI where they stabbed her 19 times and left her for dead.

The girls then set out on foot to meet Slenderman, believing their actions would allow to them to live with him in his mansion in the Nicolet National Forest where they would become his servants. Meanwhile, their victim managed to crawl out of the woods and grab the attention of a passing bicyclist. Police apprehended Geyser and Weier several hours later walking along the interstate. They expressed guilt for hurting their friend, but believed it was necessary to keep their families safe.

A judge ruled the girls would be tried as adults for attempted first-degree intentional homicide, a decision later upheld following an appeal. Geyser, who conversed with imaginary friends such as Voldemort and a Teenage Mutant Ninja Turtle, was deemed incompetent to stand trial. She was diagnosed with early onset schizophrenia, and was moved from the juvenile detention center where the girls were incarcerated (just minutes from Cult of Weird HQ) to a state mental hospital where, experts believed, she could be restored to competency in a year.

In August and September of this year both girls entered pleas of not guilty by reason of mental disease or defect. Psychologists were appointed to evaluate the basis for their claims. Their findings were revealed in court last Friday, November 11th, but the judge sealed the documents, preventing the details of the reports from being released.

Trial dates have been pushed back to next summer at the earliest. If convicted, the girls face up to 60 years in prison.

Beware the Slenderman was directed by Irene Taylor Brodsky. The documentary, which premiered at SXSW earlier this year and screened at the Milwaukee Film Festival in September, features interviews with the families of Geyser and Weier, examining the attempted murder of their friend and the dark internet culture that fostered their delusions. The film is coming soon to HBO. 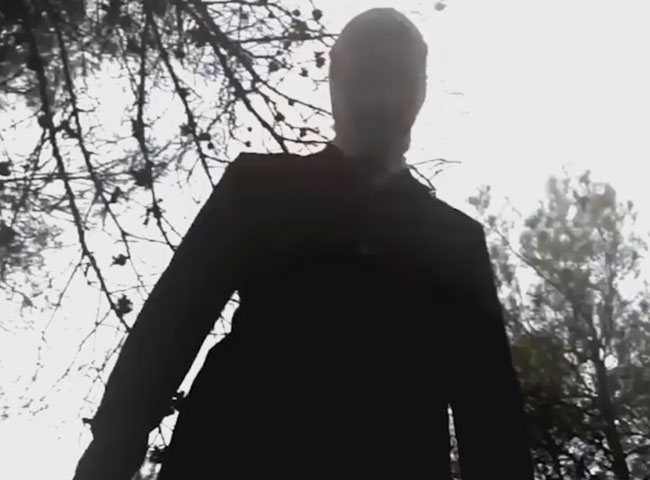