The Radioactive Death of Eben Byers

By the time Eben Byers realized how dangerous Radithor was, the Radium-infused cure-all had already eaten away much of his skull and jaw and it was too late. 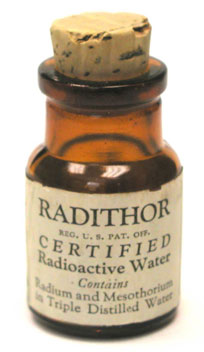 “Young in years and mentally alert, he could hardly speak,” attorney Robert Hiner Winn wrote for Time Magazine about his visit with Eben Byers in 1930. Winn was investigating a popular radium-infused medicine called Radithor for the Federal Trade Commission when he noted Byers’ condition. “His head was swathed in bandages. He had undergone two successive operations in which his whole upper jaw, excepting two front teeth, and most of his lower jaw had been removed. All the remaining bone tissue of his body was slowly disintegrating, and holes were actually forming in his skull.”

Byers had been consuming Radithor in large quantities for several years, believing it was improving his health. By the time he realized it actually killing him, it was already too late.

In the early 1900s, the radioactive element Radium was believed to have highly curative properties. Radium emanation therapy was believed to enhance the vital processes, as Dr. W. Engelmann noted in 1913.

Radioactivity could seemingly do it all – stop chronic diarrhea, prevent insanity, delay old age and create a “splendid youthful joyous life,” as Dr. C.G. Davis wrote in the American Journal of Clinical Medicine.

J.J. Thompson, the man who discovered the electron, wrote about the presence of radioactivity in well water in 1903. This lead to the discovery that many of the world’s most famous health springs were radioactive due to “radium emanation” – radon gas – in the ground where the water flowed.

It was quickly accepted by the scientific community of the time that the radioactivity must be the reason for the curative properties of the springs. 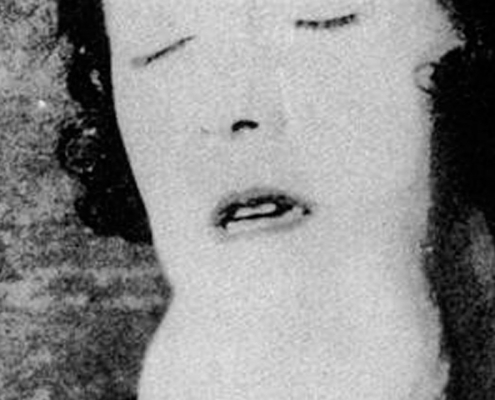 The Radium Girls had no idea what the glow-in-the-dark paint they worked with every day was doing to them.

Unfortunately, Radium decayed very quickly into the air. The water had to be consumed at the spring to receive the healing properties of the radon. This led to the creation of devices that could add radioactivity to water at home such as the Revigator – a “perpetual health spring in the home.” Patented in 1912, the Revigator was jar made of an ore containing radium that held several gallons of water. Fill it up every night and enjoy radioactive water at your leisure.

Radium-emanating products saturated the market in the 1920s and early 30s. Toothpaste, beauty creams, food, suppositories – if it could be made to contain radium, it was available to the health-conscious consumer.

Worked Fine Until His Jaw Came Off 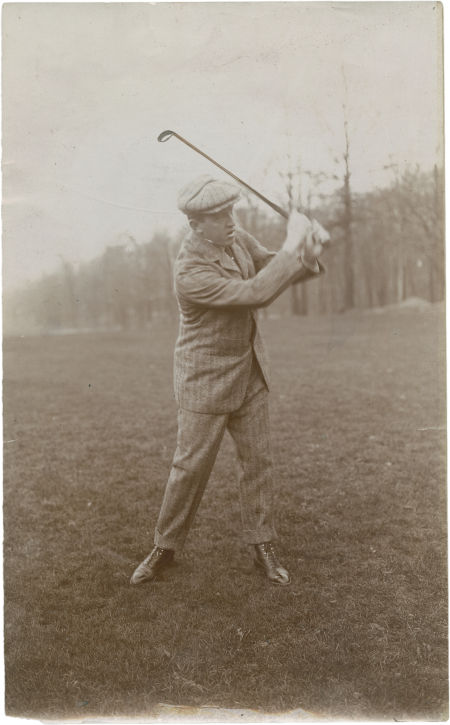 Eben Byers was born April 12, 1880. He was a Yale graduate with a reputation as an accomplished athlete and ladies’ man. He won the United States Amateur Golf Championship in 1906, and served as the chairman of his father’s business, the Girard Iron Company.

Byers had everything going for him.

While returning on a train from the annual Harvard-Yale football game, Byers fell from his berth and hurt his arm. The injury caused him persistent pain, for which his doctor recommended a popular cure-all called Radithor.

Radithor was patented by William J. A. Bailey, a Harvard dropout who claimed to be a doctor. While most quack medicines were ineffective but ultimately harmless, Radithor would prove to be deadly.

Bailey created it by dissolving high concentrations of radium 226 and 228 isotopes into distilled water, claiming it cured many ailments, including impotence, by stimulating the endocrine system. He touted Radithor as “A Cure for the Living Dead” and offered physicians a 17% commission on every dose prescribed.

Byers followed his doctor’s suggestion and tried Radithor. He felt it was actually improving his overall health greatly, and began ingesting large quantities – as many as 3 bottles a day for the next several years. He drank nearly 1,400 bottles of Radithor before he realized the radioactive water was rotting his body from the inside out.

Byers had consumed more than three times the lethal dose of radium by the time he stopped taking Radithor in 1930. Cancer was eating away at his bones. His upper and lower jaw had decayed – a condition called “radium jaw.” The deteriorating tissue was surgically removed, leaving him with a gaping hole where his mouth used to be. Byers’ brain was also abscessed, and holes were forming in his skull.

The horrific circumstances of his death received much publicity. The Wall Street Journal ran a headline reading, “The Radium Water Worked Fine until His Jaw Came Off.”

Byers’ suffering, as well as that of the Radium Girls who got sick painting radium-based glow-in-the-dark watch dials around the same time, led to a heightened awareness of the dangers of radiation poisoning, and to the adoption of laws that banned many products like Radithor.

Bailey’s company was shut down by the FDA, but that didn’t stop him. Radium had made him very wealthy, and he soon founded another company to sell products such as a radioactive belt-clips, paperweights, and a device which enabled customers to make their own radioactive water.

Byers was interred in the Byers Mausoleum in Pittsburgh’s Allegheny Cemetery – Section 13, Lot 67. He was sealed inside a lead-lined coffin designed to absorb the radiation that will continue to emanate from his remains for centuries to come.

He was exhumed for testing in 1965. The study found that the radiation levels were still highly dangerous. 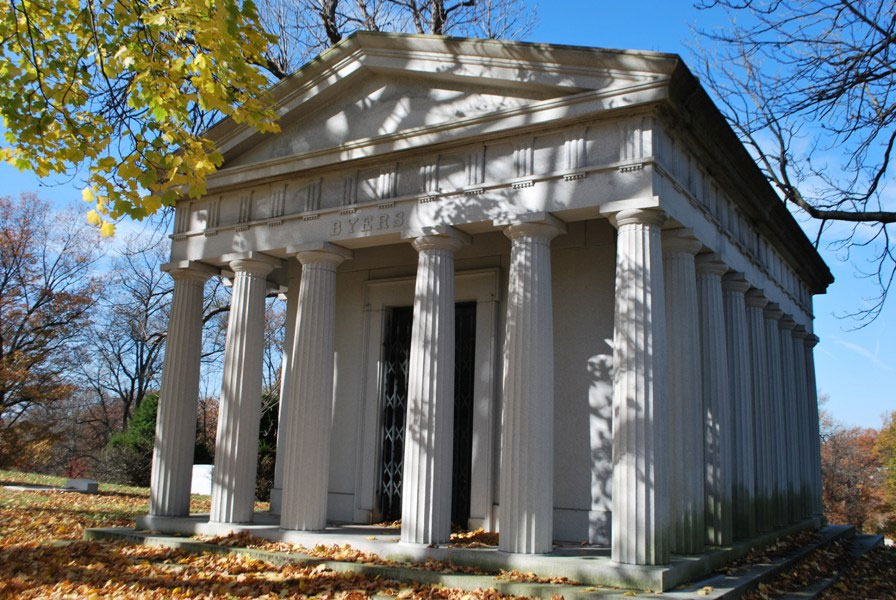 Even though the world became aware of the terrible effects of radium poisoning, Radium-based products were still sold as late as the 1980s. One such product was the Lifestone Cigarette Holder from 1964. The smoke passed through the holder over a small radium source.

“The wondrous efficacy of radium emanation protects your health from injurious element in cigarettes and makes it sweeter and milder,” the manufacturer claimed.

The radium cigarette holder was said to protect users from lung cancer and promised beautiful faces and excellent health.

I am a retired Nuclear Engineer and worked many years in the New Jersey Department of Environmental Protection (DEP). At one point, we went to one of the cemetery’s where some of the Radium Girls were burred. Passing a Geiger Counter over the grave, we could detect an increase of the radiation from all the Radium and ‘daughter products’ that were leaking from the skeleton. Lakehurst Naval Air Station (where the Hindenburg burned) is the military ‘dump’ for all Radium based products that were salvaged from aircraft and ships over the past 70 years. The Nj DEP monitors the ground… Read more »

My mother died from radium poisoning from working in the Waterbury CT. Clock factory. She was 36 years old. I was 7 and my brother was 9. She suffered immensely.

By 1927, the effects of radium poisoning were well-understood through doctor reports and the ensuing class-action lawsuit by the “Radium Girls”, radium dial painters. Those cases should have been enough publicity, but I guess it took the death of a wealthy man to get in the WSJ and into the public eye.

Actually, low levels of radioactivity stimulate the immune system, so could help with disease, but the curve of radioactivity vs. health benefits starts out looking like it’s good, but then quickly drops and becomes dangerous and deadly at higher concentrations.

It’s like alcohol…a glass of wine might be beneficial to you, but a cask of wine will probably kill you.

The world's tallest man was 6' 5" at 10 years old, and he never stopped growing. 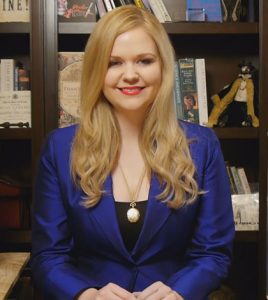 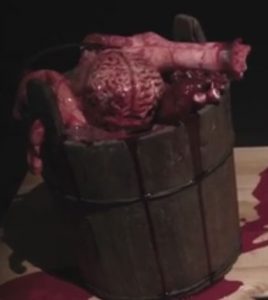 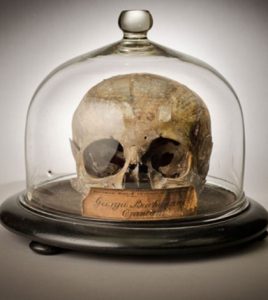 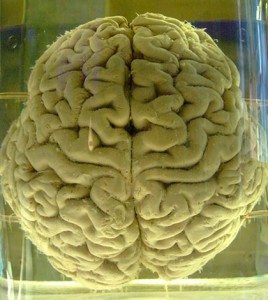