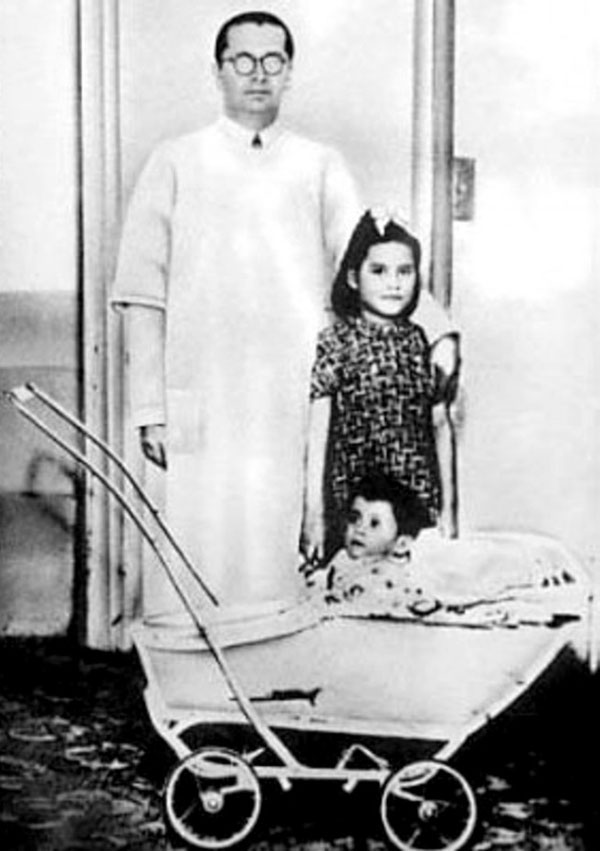 Lina Medina, pictured above with her doctor and her 11-month-old son, was born September 27, 1933. At the age of five years, seven months and 17 days she gave birth to a six pound baby boy, becoming the youngest confirmed mother in medical history.

Gerardo, named after the doctor, was raised as Lina’s brother. He did not learn that she was his mother until he was ten. The biological father was never discovered, and how a five-year-old girl became pregnant is still a complete medical mystery.

Is that what they call it nowadays? Precocious puberty?

…not exactly a complete medical mystery.