The Radium Girls: Radium Jaw and the Women Doomed to Die

The Radium Girls, women working for the US Radium factory around 1917, suffered bone fractures, radium jaw and other medical conditions caused by radiation poisoning from their work painting watch dials with radioactive glow-in-the-dark paint they were told was harmless. 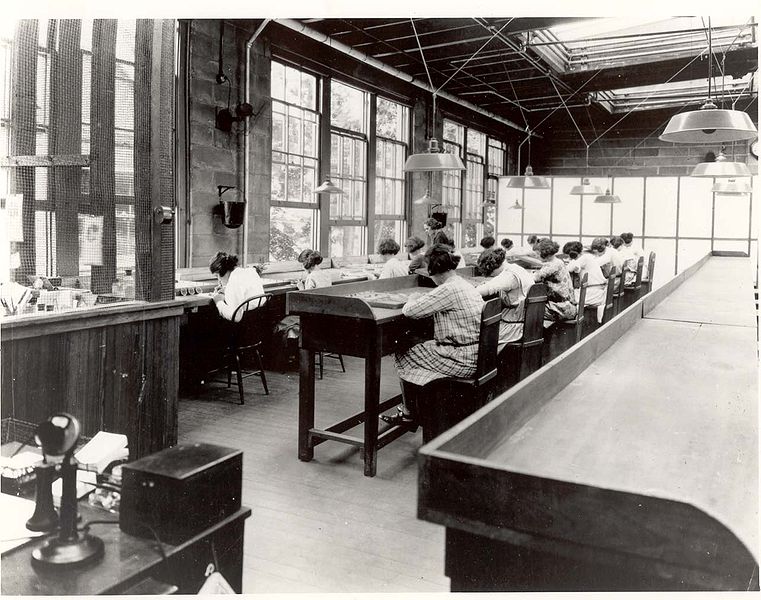 Women at work in a US Radium Corporation factory

The Radium Girls were a group of female factory workers who contracted radiation poisoning from painting watch dials with glow-in-the-dark paint at the United States Radium factory in Orange, New Jersey around 1917. The women, who had been told the paint was harmless, ingested deadly amounts of radium by licking their paintbrushes to sharpen them.

Five of the women challenged their employer in a court case that established the right of individual workers who contract occupational diseases to sue their employers.

From 1917 to 1926, U.S. Radium Corporation, originally called the Radium Luminous Material Corporation, was engaged in the extraction and purification of radium from carnotite ore to produce luminous paints, which were marketed under the brand name “Undark.” As a defense contractor, U.S. Radium was a major supplier of radioluminescent watches to the military. Their plant in New Jersey employed over a hundred workers, mainly women, to paint radium-lit watch faces and instruments.

Owners of the company and the scientists in their employ told the women that the radium was safe to work with, while they themselves were well aware of its harmful effects and took extensive precautions to avoid any exposure to it. Chemists at the plant used lead screens, masks and tongs. The company had even distributed literature to the medical community describing the “injurious effects” of radium. 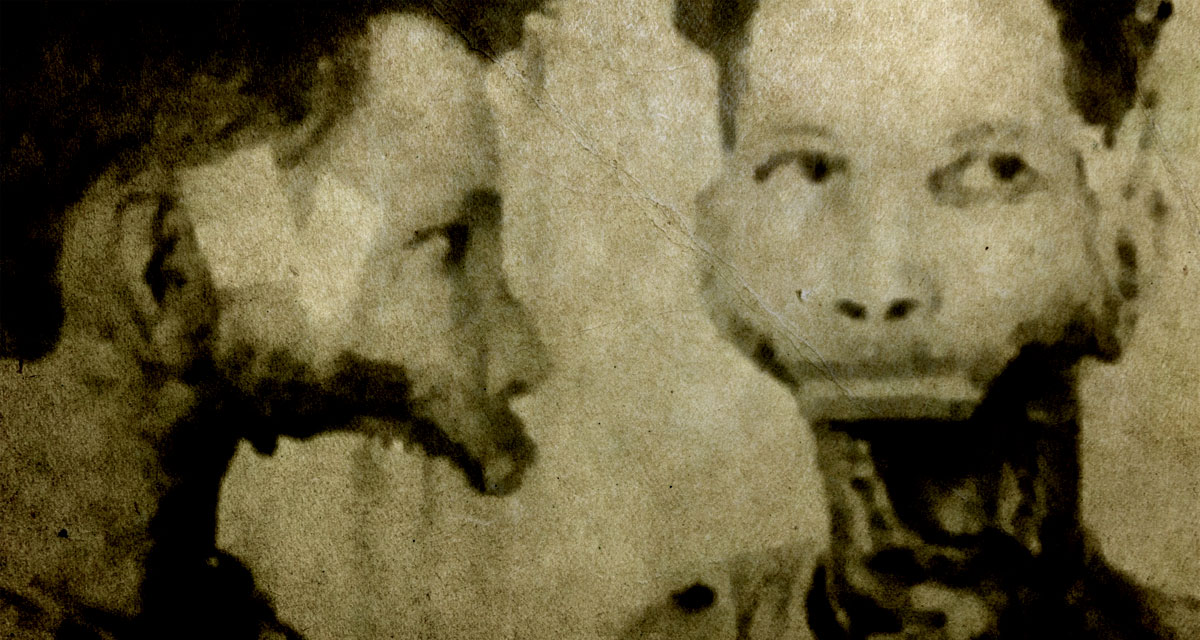 By the time Eben Byers died, much of his skull had been eaten away by the radium-infused medicine Radithor that he had been consuming in large quantities for years.

An estimated 4,000 workers were hired by corporations in the U.S. and Canada to paint watch faces with radium. They mixed glue, water and radium powder, and then used camel hair brushes to apply the glowing paint onto dial numbers. The going rate was about a penny and a half per dial, and they could usually do about 250 in a day.

The brushes would lose their points after a few strokes, so supervisors would encourage their workers to use their lips or tongues to reshape the brush tips into a fine point.

For fun, the women often painted their nails, teeth and faces with the deadly paint, unaware of what it was doing to them.

They soon began to develop mysterious illnesses, anemia, bone fractures, and necrosis of the mandible, a condition now known as radium jaw.

It is thought that the x-ray machines used by the medical investigators may have contributed to some of the sickened workers’ ill-health by subjecting them to additional radiation.

It turned out at least one of the examinations was a ruse, part of a campaign of disinformation started by the defense contractor. U.S. Radium and other watch-dial companies rejected claims that the afflicted workers were suffering from exposure to radium. For some time, doctors, dentists, and researchers complied with requests from the companies not to release their data. At the urging of the companies, worker deaths were attributed by medical professionals to other causes.

In an effort to smear the women’s reputations, doctors often attributed their symptoms to syphilis, a sexually transmitted bacterial infection known for causing osseous lesions in the skull similar to the damage caused by radium. 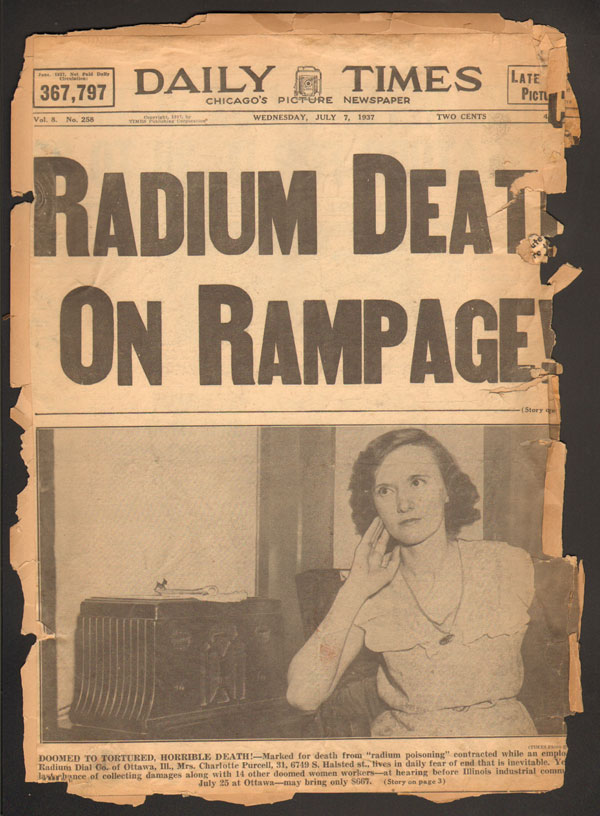 Marked for death at the Radium Dial Co. from the Chicago Daily Times, July 7th, 1937

Dial painter Grace Fryer began losing her teeth, her eyes became clouded, and she had pain in her jaw. Her doctor discovered she was suffering from severe bone decay in her mouth, but couldn’t identify a cause. Grace saw another doctor in 1925, who realized the symptoms may be related to the radioactive paint.

It took Grace two years to find a lawyer willing to take on U.S. Radium. By 1927, however, she had representation and four other women suffering similar symptoms had joined the lawsuit. They became known as the “Radium Girls,” and the media sensationalized it as the “Case of the Five Women Doomed to Die.”

The case established legal precedents such as the right of individual workers to sue for damages from corporations due to labor abuse. In its wake, industrial safety standards became regulated and were greatly improved.

The case was settled in the fall of 1928, before it could be deliberated by a jury. Each woman received a $10,000 settlement and a $600 per year annuity for the rest of their lives. All medical and legal expenses incurred would be paid by the company. 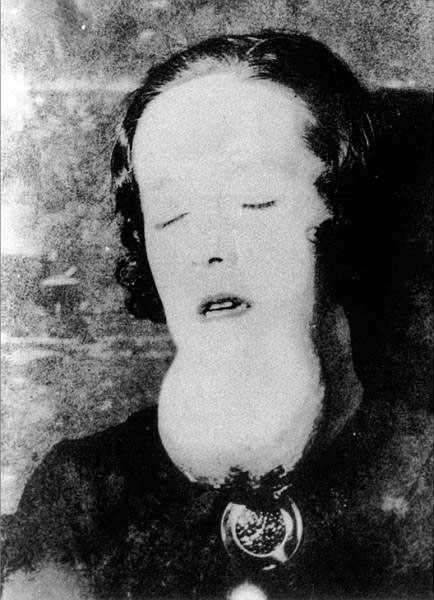 Photo of a woman with radium-induced sarcoma of the jaw, known as Radium Jaw

The lawsuit and resulting publicity was a factor in the establishment of occupational disease labor law. Radium dial painters were instructed in proper safety precautions and provided with protective gear. In particular, they no longer shaped paint brushes by lip, and avoided ingesting or breathing the paint. Radium paint was still used in dials as late as the 1950s, but there were no further injuries to dial painters. This served to highlight that the injuries suffered by the Radium Girls were completely preventable.

Robley D. Evans made the first measurements of exhaled radon and radium excretion from a former dial painter in 1933. At MIT he gathered dependable body content measurements from 27 dial painters. This information was used in 1941 by the National Bureau of Standards to establish the tolerance level for radium.

The Center for Human Radiobiology was established at Argonne National Laboratory in 1968. The primary purpose of the Center was providing medical examinations for living dial painters. The project also focused on collection of information, and, in some cases, tissue samples from the radium dial painters. When the project ended in 1993, detailed information of 2,403 cases had been collected. No symptoms were observed in those dial painter cases with less than 1,000 times the natural 226Ra levels found in unexposed individuals, suggesting a threshold for radium-induced malignancies.

Radioactive dials found wide use in military aircraft in World War II, and radium watches were manufactured into the 1950s.

My mother is 89 years old. She worked in a factory in PA in 1942 and painted dials until the end of the war. She has had her thyroid removed, breast cancer, lost all the skin pigment in her face hands and other parts of her trunk, and most recently has skin cancer all over her body where the radiation burned her.
You can read the articles about the radium girls, but KNOW this: it was not much better working conditions in 1942 after even 20 years had passed from that lawsuit.
There should be payment for all their suffering.

My mother Ruth Katherine Jones was a radium girl painting numbers on clock and bomb face dials in the mid-1930’s. She died of cancer at 39 leaving five little children. This crime has never been punished!

I remember hearing about this from my mum. She told me how women died from ingesting radium when they licked their brushes.She grew up during the 1920s and 1930s and was aware of all the news coverage.She was only 9 or ten when the first lawsuit was heard, but it made an indelible impression on her. I’d forgotten this until finding a video about the Radium Girls a couple of years ago. So sad that so many had to die gruesome, agonizing deaths before something was done.

My grandma was one of ~30 people injected experimentally with radium in 1931 at the Elgin State Hospital – which after reading so much about the circumstances surrounding Radium Dial in the late 1920’s, I can’t believe they actually injected people with it. She was married and had three children over the following 6 years after her injections. I know through my research that very few offspring were tested for what they may have “inherited”. My Dad and his sisters never went through the testing, and the ~20 who did had undetectable or very low levels of radium in their… Read more »

Has anyone done a long term study on the health of the children of the women exposed to Radium? I am at the start of The Radium Girls book and do know a few of the women had children. Did they get cancer? I’d love to know if there is any literature on them. I cannot find much online. Thank you.

This is really sad to read and it’s a horrible crime by itself.

What is the significance of using that racist song “Shakin’ the Blues Away” referring to “Darkies” way down South? Asking for a friend…

We are doing the same thing right now. People are not only being offered an untested, dangerous “vaccine” for “covid”, many are being FORCED to take it even if they know better! This abuse is far worse than even the tragic story of these innocent girls – they were lied to and so are we – by powerful entities, but if they didn’t want to they didn’t have to be exposed to radium. The “Vaccines” for “covid” are far worse. We won’t know the extent of the damage for years to come, but we already know some and it is… Read more »

The world’s tallest man was 6′ 5″ at 10 years old, and he never stopped growing.