The world’s tallest man, Robert Wadlow, was 6′ 5″ when he was 10 years old, and he never stopped growing until his untimely death at just 22 years old. 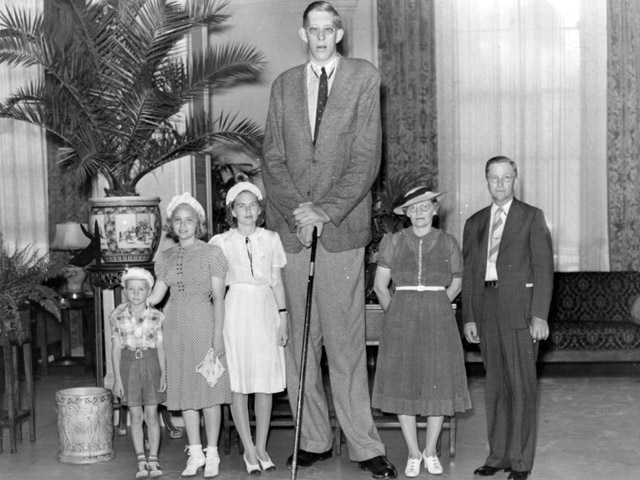 World’s tallest man ever Robert Wadlow with his family, 1939

Due to a hyperactive pituitary gland, an extremely rare condition which causes abnormally high levels of human growth hormone, Robert Wadlow of Alton, Illinois never stopped growing. At the time of his death at 22 years old, Wadlow weighed 439 pounds and stood 8 feet 11.1 inches tall, making him “the tallest person in medical history for whom there is irrefutable evidence” according to Guinness World Records.

Wadlow toured the US with the Ringling Brothers Circus in 1936, and made numerous other public appearances. In 1938 he participated in a promotional tour for the International Shoe Company, who provided his size 37AA shoes free of charge.

A Freemason and member of the Order of DeMolay, Wadlow had reached the level of Master Mason and was a member of Alton’s Franklin Lodge No. 25, where a room has been dedicated to his memory. His Masonic ring, the largest ever made, was a solid two ounces of gold, size 25. 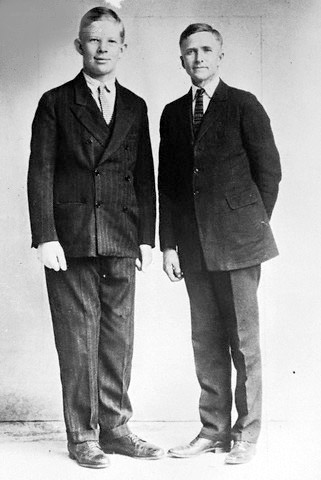 Wadlow died on July 15, 1940, due to an infected blister caused by the a poorly fit pair of new braces he required to walk, since he didn’t have much feeling in his legs and feet. He was buried in Upper Alton’s Oakwood Cemetery in a 10 foot 9 inch long steel coffin that weighed 1,000 pounds, custom made by the Grand Traverse Metal Casket Company in Traverse City, Michigan. The coffin stuck out several feet from the back of the hearse, and 12 pallbearers and 8 assistants were needed to carry it. Wadlow was interred in a vault of solid concrete to prevent any attempt at stealing his remains. 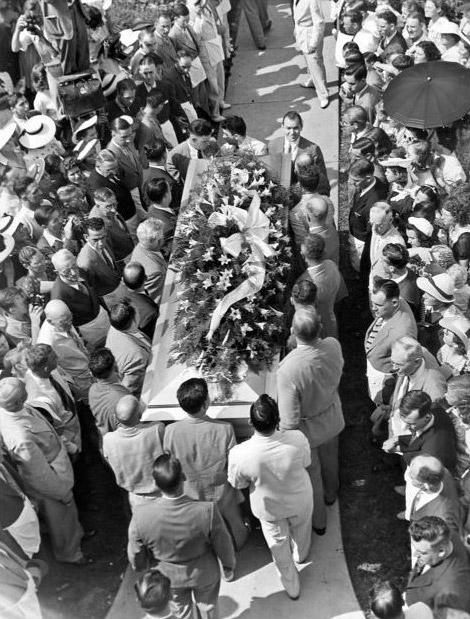 His family destroyed most of his belongings to prevent collectors from buying and displaying his clothing and other possessions as “freak” memorabilia. Several of his shoes, however, are on display in various places around the country including Snyder’s Shoes in Manistee, MI where Wadlow lived at the time of his death, Plymouth Historical Museum in Plymouth, MI, Hayes Family Shoe Store in Cuba, MO, and the Giant Shoe Museum in Seattle, WA. 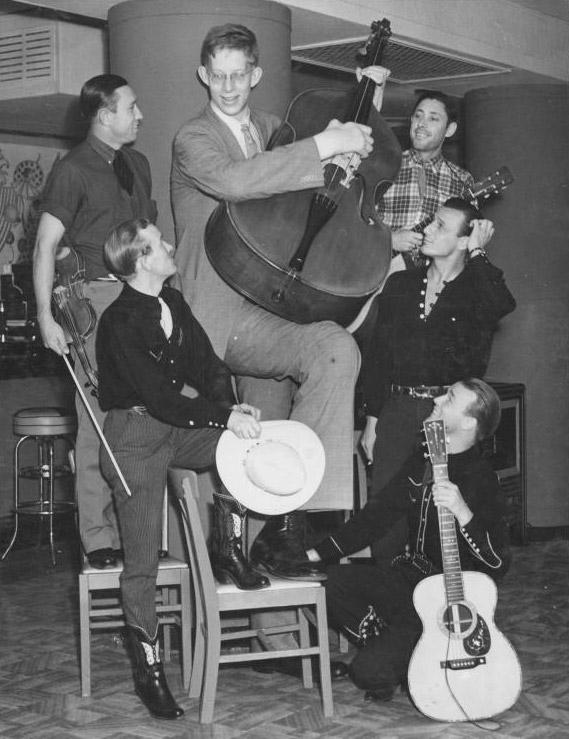 Robert Wadlow with the Sons of the Pioneers at the Texas Centennial, 1936

Wow that is so cool!