2020 has been a uniquely deranged time to be alive. From glory holes and monoliths to UFOs and the Loch Ness Monster, not to mention a pandemic that half the population of the US doesn’t believe in, here’s a look at some of the strangest news stories of the year. 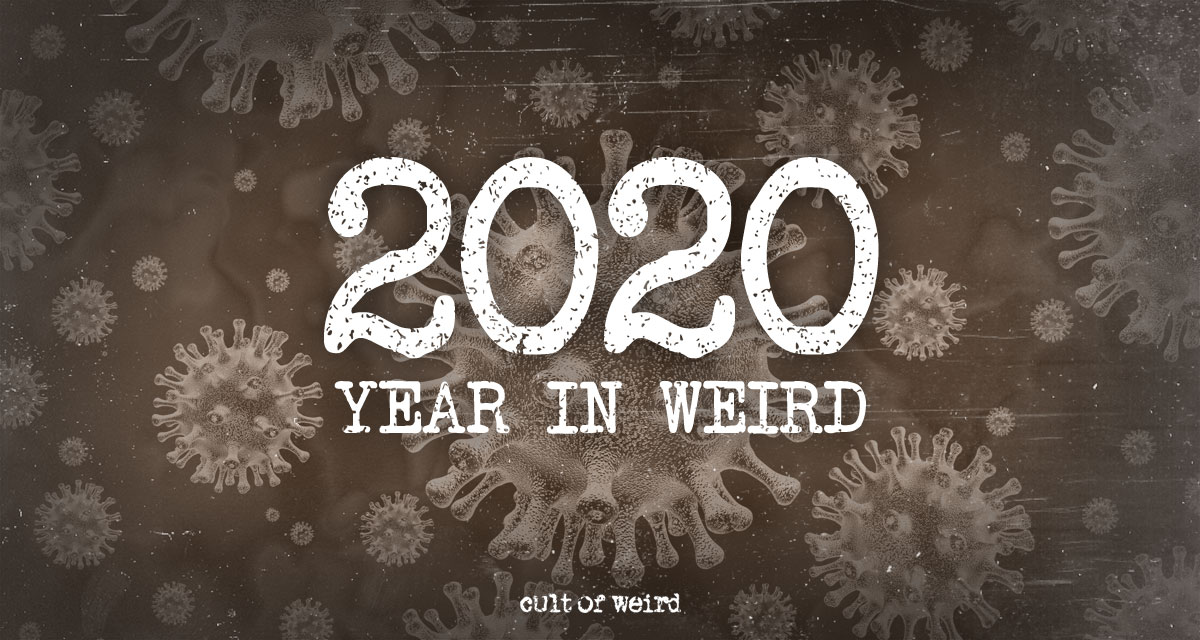 Night of the Living Dead director George A. Romero once said “a zombie film is not fun without a bunch of stupid people running around and observing how they fail to handle the situation.”

This year showed us something about humanity that we didn’t expect: In the event of a zombie apocalypse, people will fight for their right to be eaten by zombies.

We stayed home a lot. We played Animal Crossing a lot. We baked bread. We hoarded toilet paper. We collectively agreed Joe Exotic was right, Carol Baskin probably did murder her husband and feed him to her tigers.

We fretted over demon sperm and microchips in our vaccines.

And we discovered the health benefits of injecting disinfectant, which is that you shouldn’t, if the 121% increase in accidental poisonings from household disinfectants following a certain presidential press conference is any indication.

Each successive day seemed like one step closer to the end of the world as we know it.

The idea was even suggested that the end we were expecting in 2012, as predicted by the Mayan calendar, was actually happening this year instead, according to the julian calendar.

Whether it’s the end of the world or the end of 2020, we’ve been ready for both since March.

Even Christmas was scarred by 2020. First, an angry little owl got his home chopped down for the annual Rockefeller Christmas tree. Then, Santa had to get vaccinated for COVID-19. Finally, a lizard people enthusiast blew himself up in an RV explosion that rocked Nashville on Christmas morning.

We were so exhausted by it all that the appearance of a gingerbread monolith in San Francisco on Christmas morning, inspired by the mysterious Utah monolith and subsequent wave of copycat sculptures, was just downright annoying.

While the most secure “fraudulent” election the US has ever had – along with the arrival of vaccines that will turn us into crocodiles, as Brazilian President Jair Bolsonaro has cautioned – has given us hope for a better 2021, let’s take a look at the lingering WTF this year has left us with.

Here are some of the strangest news stories of the year, curated to highlight the utter confoundedness of 2020:

Pentagon admits UFOs are real…and no one cares 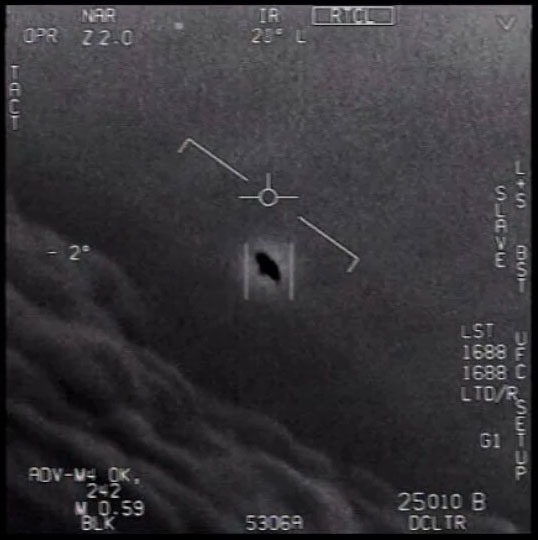 While the Space Force – intellectual property violations and all – is slowly coming to fight enemy satellites or whatever, real extraterrestrial oddities have been afoot.

The US government officially released three videos previously released to the public in 2017 and 2018 by a collective co-founded by Blink-182 singer Tom DeLonge. The videos show Navy pilots engaging with seemingly unearthly aircraft, or “unidentified aerial phenomena,” as the Pentagon calls them.

A few months later, the Department of Defense announced the formation of a task force whose goal is to gain insight into the nature and origin of UAPs.

But no one seems particularly excited by the news, and the general consensus remains that aliens are best left to the people in tinfoil hats.

“You are your safest sex partner,” the B.C. Centre for Disease Control wrote in a statement on their website.

If all that alone time starts to get old, they recommend a few precautions when engaging in pandemic coitus such as wearing a mask, avoiding saliva exchange, choosing positions that limit face-to-face-contact, and “use barriers, like walls (e.g., glory holes), that allow for sexual contact but prevent close face-to-face contact.”

Who knew a pandemic would be so kink-friendly? 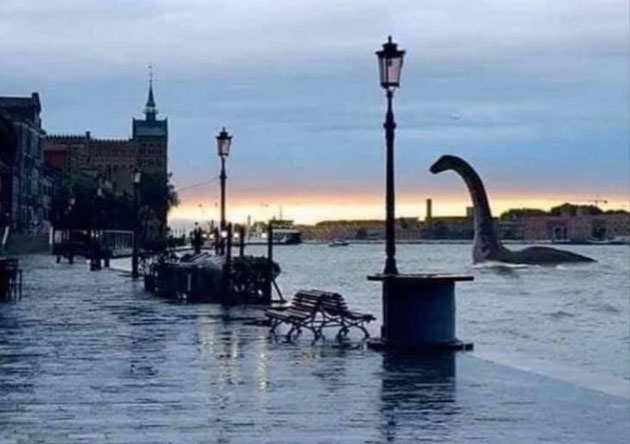 With humans in lockdown, wildlife returns to normal in Scotland

In 2019, a tourist in Scotland snapped a photo of the Loch Ness with a curious photobomber that he didn’t notice until coronavirus lockdown gave him time to look through his vacation photos.

Some think the fishy lump in the water could be the legendary Nessie. Others think it’s just a big catfish.

Whatever the case, something appearing to be Nessie was seen 13 times this year. 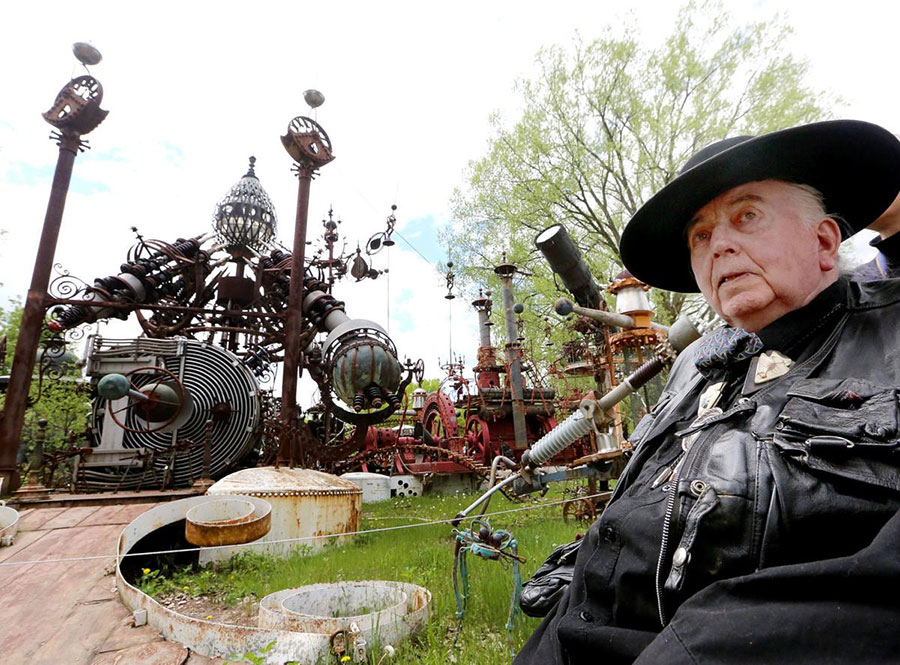 Artist Tom Every, better known as Dr. Evermor, passed away at the age of 81. Every was the creator of the Forevertron and the surrounding scrap metal sculpture park near Baraboo, Wisconsin. Before that, he worked for Alex Jordan collecting and building the eclectic, often phantasmagoric House on the Rock, including the “World’s Largest Carousel” and the Organ Room.

Every received the Wisconsin Visual Art Lifetime Achievement Award in 2011 and a Friend of Preservation award from the Madison Trust for Historic Preservation in 2016.

In 2015, work began on a family drama television series called Evermor, about orphaned twins who go to live with their aunt, Dr. Katherine Evermor, and discover the secrets of the Forevertron.

Hopefully we’ll get to see that show some day.

Though unable to continue building his sculptures, Every spent his final days drawing and designing. 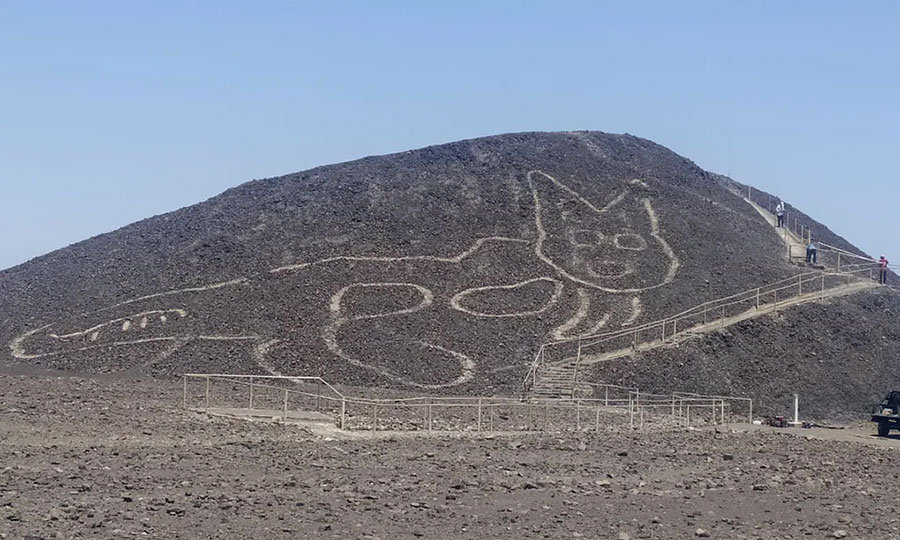 The desert of southern Peru is marked by massive drawings etched into the earth known as the Nazca Lines. They were created sometime between 400 BC and 1000 AD by a pre-Inca culture. They’re meaning and purpose remains unknown, but it is most definitely only one of two possibilities: To mark underground water sources, or to serve as navigation markers for ancient alien visitors.

These massive geoglyphs include a hummingbird, a spider, something that looks like an astronaut, and now…a cat.

“The figure was scarcely visible and was about to disappear because it’s situated on quite a steep slope that’s prone to the effects of natural erosion,” Peru’s culture ministry said.

The feline is among 80-100 new figures that have emerged in recent years, and belong to an earlier tradition that predates Nazca culture.

At a hearing to mandate mask-wearing requirements in public places, Palm Beach County, Florida residents accused county commissioners of being “communist dictators” trying to “throw God’s wonderful breathing system out the door” with their “Devil’s laws.”

“This is insane,” one woman said. “And then you want to open the meeting with a prayer to God. Are you praying to the devil? Because God is not listening to that prayer. Because all of you are practicing the devil’s love.”

“This is a planned-demic,” another said. “This is totally political and you know it and I’m asking you to cease-and-desist from the political agendas that you’re being ‘propaganded’ to stand with and try to hold us hostage as American citizens.”

How dare they try to break God’s “rules of breathing” with their devil masks. 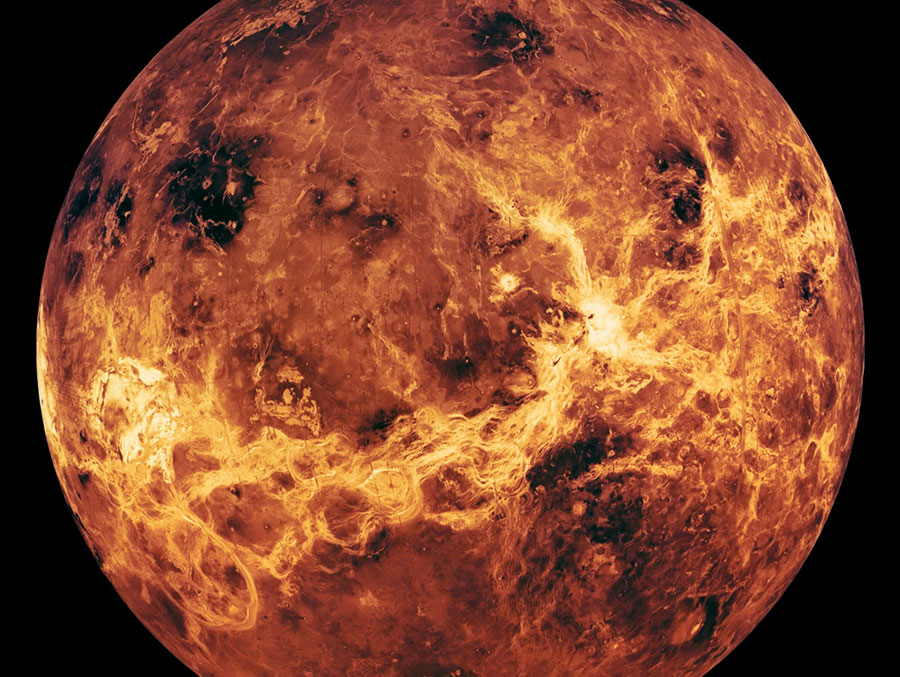 Dmitry Rogozin, head of the Russian space corporation Roscosmos, announced that the country plans to continue its research of Venus in a statement that seems to imply the planet belongs to Russia.

“Resuming Venus exploration is on our agenda,” he said. “We think that Venus is a Russian planet, so we shouldn’t lag behind.” 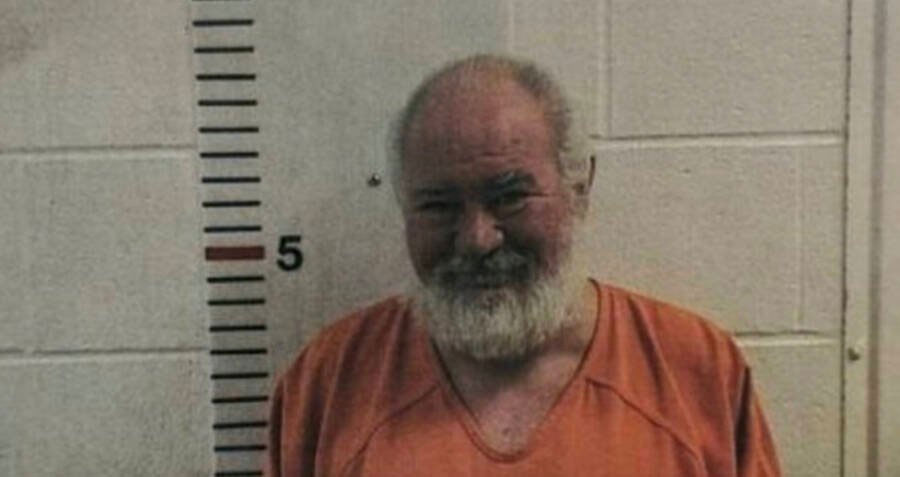 Following directions from a website run by the “EunuchMaker,” a 28-year-old man traveled from Virginia for a free gender reassignment surgery in a cabin in Oklahoma.

Two men, Bob Lee Allen and Thomas Evans Gates, were arrested after the victim went to the hospital for excessive bleeding.

“The victim also said that Allen then talked about ‘the time he worked on someone that he described to be crazy and that he left the male opened up to die overnight.’ The victim further stated that Allen ‘had six more clients on the way to have the same operation’ and that Allen ‘informed him that he had a freezer with body parts and showed him pictures on his phone.’ 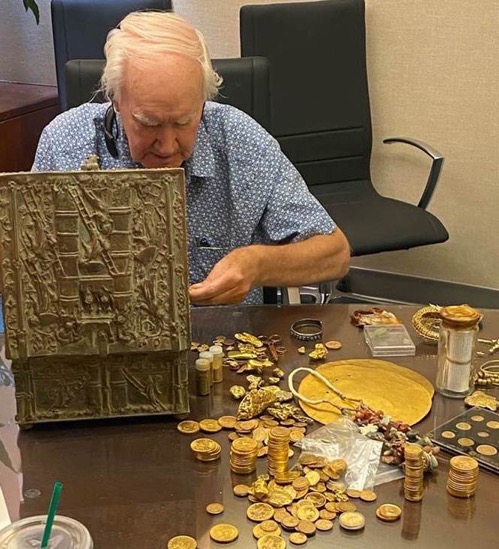 There is so much to love about 2020. What’s your favorite thing that happened this year? Let me know in the comments below. 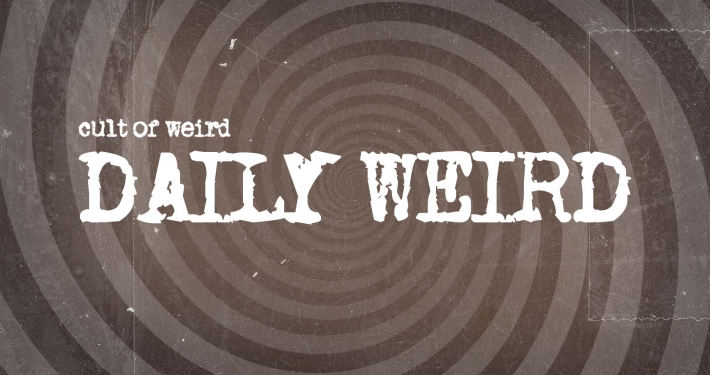 A Youtuber is giving snakes their legs back, the lost history of travelling ghost shows, and photos of the child mullet championship finalists revealed.