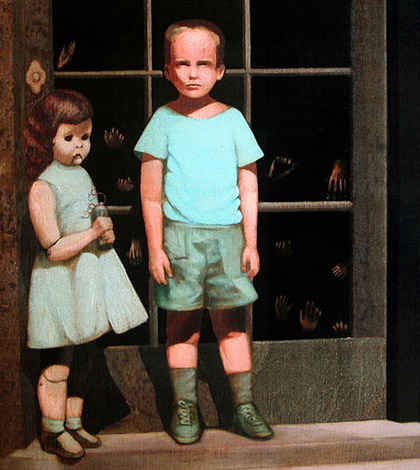 In February of 2000 an anonymous seller listed a mysterious painting on ebay, claiming it was haunted. In the listing, the seller claimed the painting had been found abandoned behind an old brewery by an art picker, who the seller bought it from.

One morning the seller’s 4-year-old daughter said the children were fighting and coming into her room at night. Included in the listing were photos from a motion-triggered camera the family had set up during the following nights, which seem to show the figures moving or transforming. 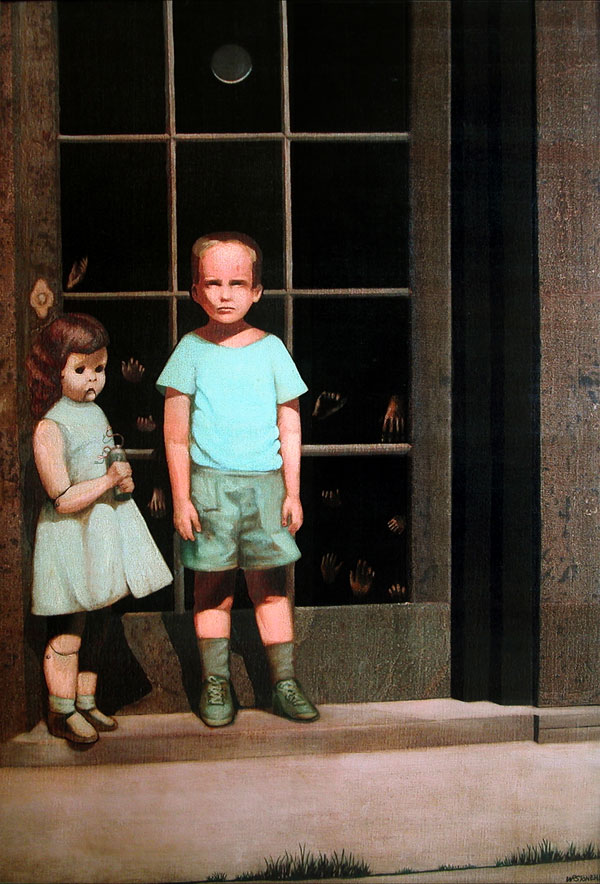 The seller pleaded for buyers and viewers to be cautious of the painting and avoid showing it to children due to reports of extreme reactions such as sudden, violent illness, screaming and the sensation of being gripped by an unseen entity.

It was eventually discovered that the painting was a work by artist Bill Stoneham called “The Hands Resist Him” which he painted in 1972.

Of his work, Bill says:

Where to begin? Well I’ve always had a connection to what Carl Jung called the collective unconscious. I think we all do. Artists, especially visual artists, are barometers for the currents which run through this collective. Dreams are a common experience people may have with this. Anyway, my own experience is a sensitivity to place– physical, geographical place. There are memories, echoes of all the life within a place. Maybe it’s what’s called channeling. When I painted the Hands Resist Him in 1972, I used an old photo of myself at age five in a Chicago apartment. The hands are the ‘other lives.’ The glass door, that thin veil between waking and dreaming. The girl/doll is the imagined companion, or guide through this realm.