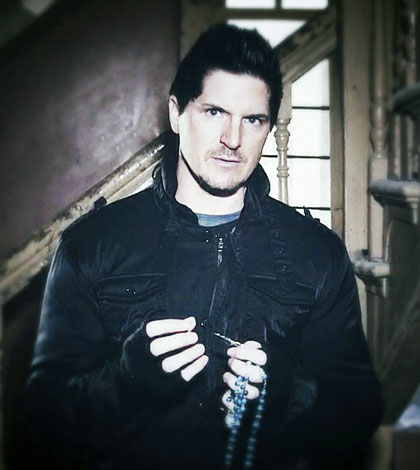 Zak Bagans, paranormal investigator and star of the Travel Channel’s Ghost Adventurers, recently announced a new series centered around haunted objects called Deadly Possessions. Bagans has been collecting unusual items for a while now, including a demon-infested hell house in Gary, Indiana, Dr. Kevorkian’s death mobile, and a skull which apparently caused himself and his girlfriend to be attacked by an evil entity in their home.

Well it turns out Zak is opening a museum in Las Vegas to showcase items believed to possess negative energy and evil attachments. The new series will feature some of the most notorious inanimate objects, including Robert the killer doll (Zak loves dolls), the Dibbuk box, and “a secret possession implicated in the death of actress Natalie Wood.”

Well, now we know what he wanted with Ed Gein’s cauldron. 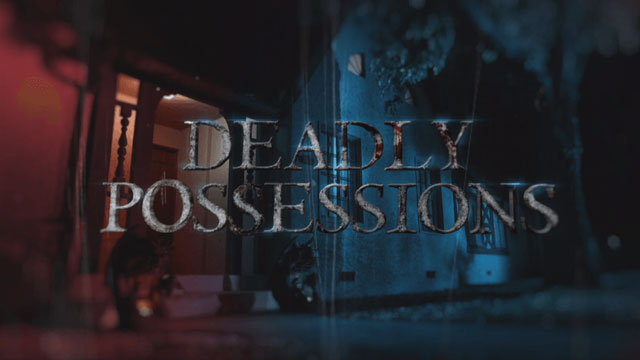 I cannot wait for this 4 hour Halloween special! I really enjoy the demon and evil shows. As well as possession show. I guess dark side. It really scares the crap out of me and I wouldn’t fuck with that shit one bit. Better you than me but so glad I can watch from the comfort of my bed!!

I am planning on going to the museum at the end of this week but I am having a hard time finding out what are the hours and any information on the museum and if we are aloud to take pictures or what is all there. Can anyone help with this.

Loving the show. When is demon house airing?

Nancy, are you sure? The chest is described as “An elegant mahogany veneer chest of drawers, Crafted in the Empire style, the chest has glass knobs on its four drawers.” in an article in TheUnexplainedMysteries.com. The accompanying photo in that article is obviously a generic file print and not a photo of the actual chest. Beverly Kienzle who acknowledged the chest in the show is a a retired Harvard Divinity School professor and successful author who focused her academic career on the place of preaching and sermons in the history of medieval religion, publishing a dozen books and around seventy… Read more »

so now they are ripping off the zaffis museum, wow…ghost hunt or go home…yall suck

When is the museum in Las Vegas opening?

Looked up conjure chest, the one on show is nothing like REAL CONJURE CHEST

It’s actually Kevin Mannis’ own poetry. http://www.broadjam.com/artists/songs.php?artistID=86164&mediaID=565044&play=true. I think the whole show has now been debunked as hyped up for tv

What was Kevin Mannis reciting when he was alone with the Dybbuk box? I almost sounded something like it was from a play!

I want to go there

I like the new show..the grandkids and I went to key west saw pictures of Robert the doll.glad we missed seeing him in person.or doll

I want to go to his museum

Super excited about this love zak.

This website uses cookies to improve your experience while you navigate through the website. Out of these, the cookies that are categorized as necessary are stored on your browser as they are essential for the working of basic functionalities of the website. We also use third-party cookies that help us analyze and understand how you use this website. These cookies will be stored in your browser only with your consent. You also have the option to opt-out of these cookies. But opting out of some of these cookies may affect your browsing experience.
Necessary Always Enabled
Necessary cookies are absolutely essential for the website to function properly. These cookies ensure basic functionalities and security features of the website, anonymously.
Functional
Functional cookies help to perform certain functionalities like sharing the content of the website on social media platforms, collect feedbacks, and other third-party features.
Performance
Performance cookies are used to understand and analyze the key performance indexes of the website which helps in delivering a better user experience for the visitors.
Analytics
Analytical cookies are used to understand how visitors interact with the website. These cookies help provide information on metrics the number of visitors, bounce rate, traffic source, etc.
Advertisement
Advertisement cookies are used to provide visitors with relevant ads and marketing campaigns. These cookies track visitors across websites and collect information to provide customized ads.
Others
Other uncategorized cookies are those that are being analyzed and have not been classified into a category as yet.
SAVE & ACCEPT
wpDiscuz
40
0
Would love your thoughts, please comment.x
()
x
| Reply