Atlas of Cursed Places explores 40 locations around the world that are “rife with disaster, chaos, paranormal activity, and death.”
BUY NOW ON AMAZON 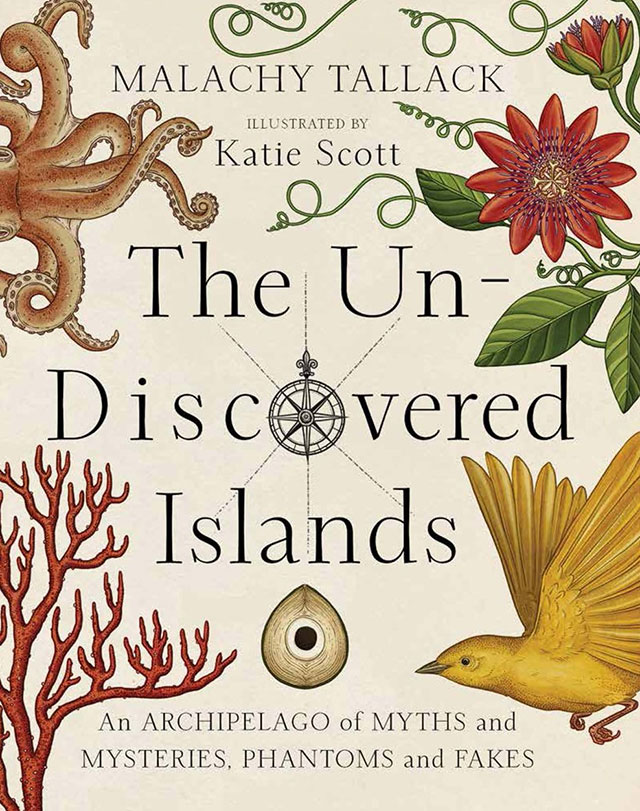 In The Un-Discovered Islands, critically acclaimed author Malachy Tallack takes the reader on fascinating adventures to the mysterious and forgotten corners of the map to explore legendary islands once believed to exist, but have been wiped from the map.
BUY NOW ON AMAZON

A Season with the Witch

Salem, Massachusetts, known for the Witch Trials of 1692, has overcome it’s dark history by embracing it. A Season with the Witch takes you head first into the Salem Halloween festivities, historical sites, and macabre attractions that make the city such a popular destination for ghouls in October.
BUY NOW ON AMAZON

Mortician Caitlin Doughty embarks on a quest to discover how death is handled in cultures around the world, including the Bolivian skull festival, the rural Indonesian town where the living clean up and dress their mummified deceased, and more.
PRE-ORDER NOW ON AMAZON

Ghostland by Colin Dickey examines the history of America’s haunted places and how the spirits of the past affect the living who exist in those places now.
BUY NOW ON AMAZON

From ancient to modern, Atlas of Lost Cities is a travel guide to abandoned and forsaken places, including Pompeii, Centralia, Teotihuacán, and many more.
BUY NOW ON AMAZON

Dig into the odd life and legacy of Edgar Allan Poe by way of artifacts, memorials, and historical locations from the haunted author’s life.
BUY NOW ON AMAZON