The Cardiff Giant: Making One of History’s Most Famous Hoaxes

A giant petrified man was unearthed on a Cardiff, New York farm in October 1869, but it was really nothing more than an elaborate hoax 2 years in the making. 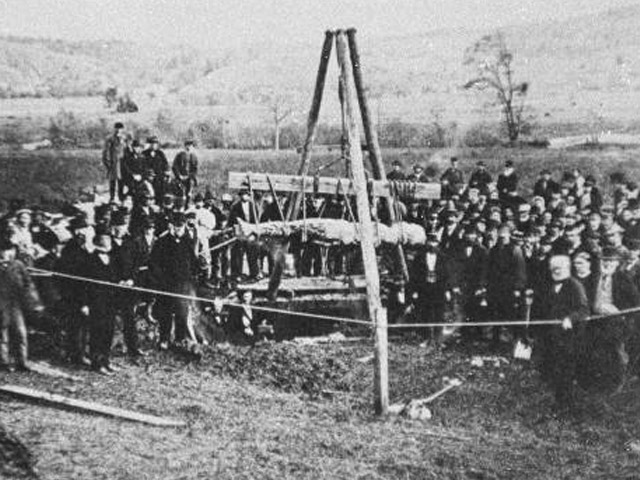 The Cardiff Giant, one of the most famous sideshow hoaxes ever, was found on October 16, 1869. The idea was conceived two years earlier by Baraboo, Wisconsin resident George Hull. His plan was to bury an artifact of some sort, then return a year later to “discover” it and get rich exhibiting it around the country.

Hull moved to Chicago in 1868, where he hired a sculptor to carve a man, complete with large stone genitalia, out of a large block of gypsum. Upon completion, the 10-foot sculpture was shipped off to be buried on the farm of Hull’s cousin, William Newell, in Cardiff, New York. The following year, Newell sent two men to dig a well behind the barn. They hit stone about three feet down, uncovering what they initially thought to be an old Indian burial.

Hull’s creation was excavated, and curious crowds began arriving by the wagonload to view the giant for fifty cents a head. Upon his visit to the farm, a prominent Syracuse pastor said, “Is it not strange that any human being, after seeing this wonderfully preserved figure, can deny the evidence of his senses, and refuse to believe, what is so evidently the fact, that we have here a fossilized human being, perhaps one of the giants mentioned in Scripture?” 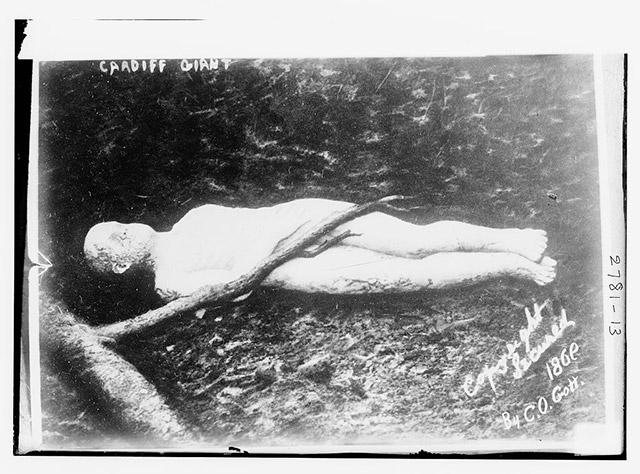 If there had been any doubt before, this solidified the belief in the minds of many that they were looking at was, in fact, a giant petrified man. The scientific community wasn’t as easily persuaded, and saw the poorly-sculpted statue for the fake it was. PT Barnum, never one to shy away from a hoax, offered Hull and Newell $50,000 for it. When they turned the offer down, Barnum just made his own and denounced theirs as the fake.

By December, the jig was up and Hull publicly admitted to the hoax. 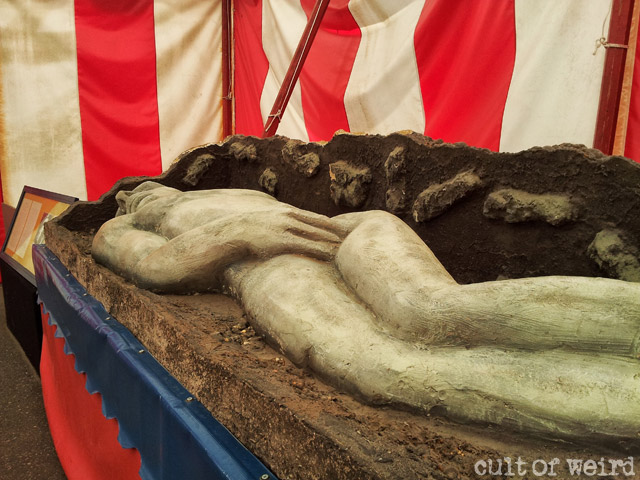 The replica pictured here is on display in the sideshow tent at Circus World Museum in Baraboo, the birthplace of the Ringling Bros. Circus.