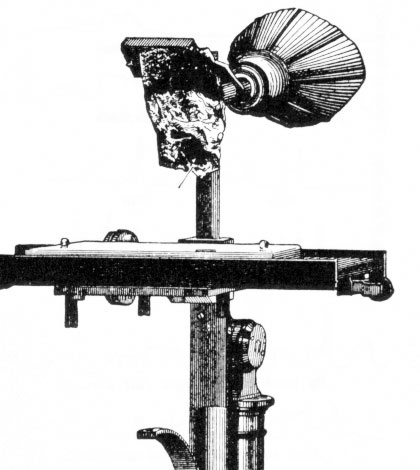 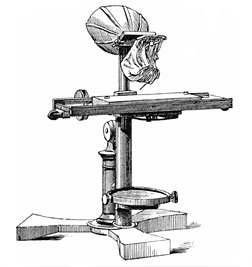 In 1874 Alexander Graham Bell created his version of a phonautograph using the ear and part of a skull of a dead man obtained by an associate. Bell attached a recording stylus to the ear to inscribe a line on a smoked-glass plate. When he shouted into the dead man’s ear, the stylus recorded his speech on the glass.

A mouthpiece funneled the sound of Bell’s voice to an eardrum from a dead body. His voice created sound waves that caused the inner ear bones to vibrate. A piece of straw – attached at one end to the bones – traced the pattern of the vibrations onto a charcoal-coated glass plate moving under the straw’s tip. The straw’s tracings recorded each sound as a series of waves. As Bell’s voice changed pitch, the speed of vibrations changed and so did the pattern’s shape.

Bell originally thought his machine might help deaf students learn to speak by allowing them to match the tracings of their spoken words to those made by people who could hear. The idea for the telephone came from his realization that if you could use sound to get an electrical current to vibrate – just like the piece of straw – then you could send speech as far and fast as electricity could travel. 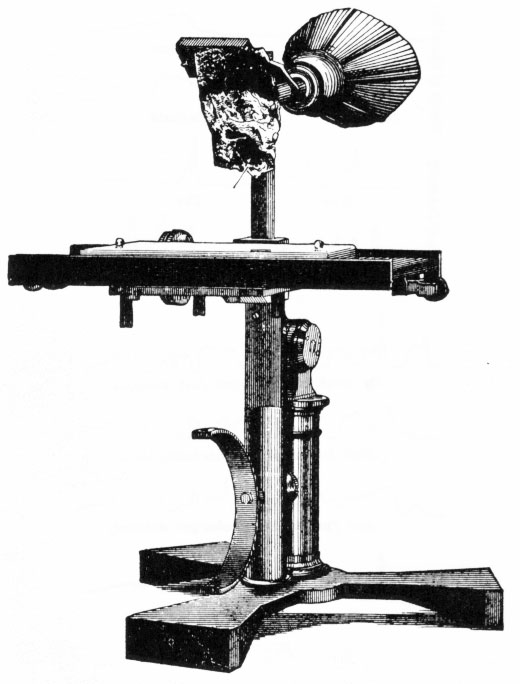