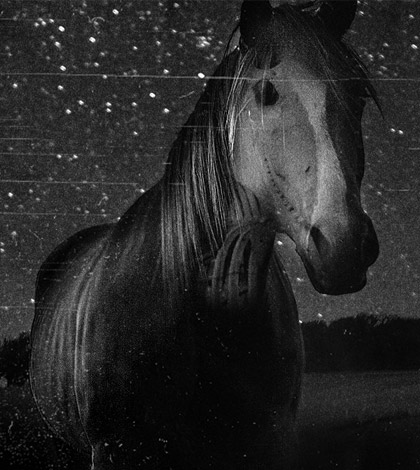 The mysterious death of Snippy the horse may have been the first documented case of livestock mutilation caused by extraterrestrial beings. 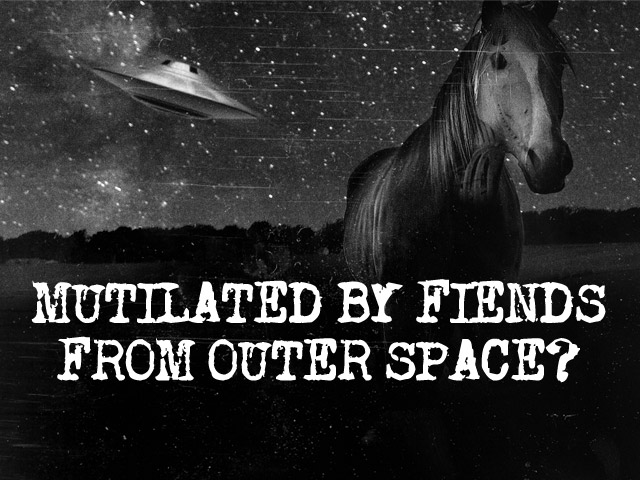 Some believe Snippy the horse was killed by a flying saucer.

Snippy was missing for two days before she was found dead in the pasture on September 9, 1967. The horse’s neck and head were skinned with what appeared to be extreme precision. Internal organs, including her heart and brain, were gone, and the carcass had a strange smell. There were no blood or tracks nearby, only Snippy’s hoof prints…which ended 100 feet from where she was found.

Some people, including Snippy’s owner and the owners of the ranch, believed without a doubt that Snippy had been murdered by forces “not of this world.” There were numerous reports of UFOs in the area, including one sighting reported the day Snippy died by a Superior Court judge and his wife who saw three reddish-orange rings in the sky moving at high speeds in a triangular formation. 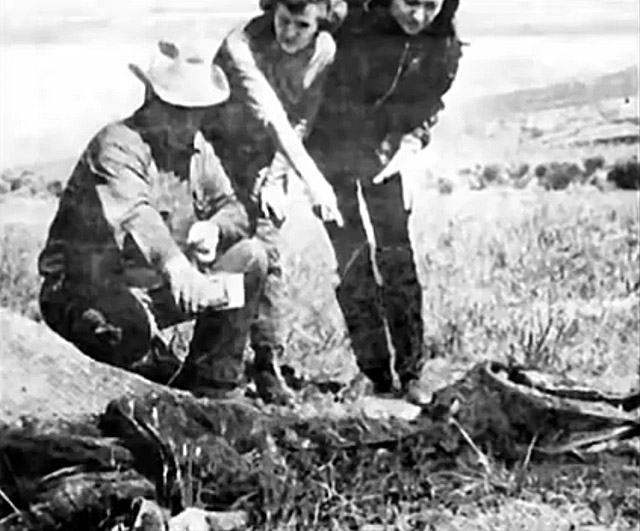 Was Snippy “done in by murderers from outer space” as many believe?

The incident was reported by Alternative Press on October 5, 1967:

ALAMOSA, Colo (AP)- Snippy, a 3 year old Appaloosa horse, didnt return to the Harry King ranch for her usual evening drink Sept. 7, and her owner is blaming a flying saucer-or at least a radioactive surgeon.

The bizarre event, just one of many that has been plaguing the sparsely populated San Luis Valley in the past six months, began Sept. 9 when Began a search for the saddle pony.

He found Snippy just a quarter mile from the ranch house. There were no tracks about the dead horse, but the animal had been completely skinned. All that remained of the neck and shoulders were bleached bones, but they were still intact and attached to the rest of the body.

The cut around the neck was completely smooth, not a jagged edge. No blood remained in the horse’s body and there was none on the ground.

King returned to the site the next day with the horse’s owners, Mr and Mrs Burl Lewis. Nothing had changed except a sickening sweet odor pervaded the area and the exposed bones were a bright pink.

After a search of the immediate area they found what appeared to be 15 circular exhaust marks. They covered an area about 100 by 50 yards.

Near the area Mrs. Lewis found a piece of the horse’s flesh encased in a piece of the skin. It was very sticky, she said, and dropped it. Her hand began to burn and turned red and continued to burn until she washed her hands.

On another check of the area they found more flattened brush but this time there were six indentations forming a circle three feet in diameter. Each indentation was two inches across and four inches deep.

By Sept. 23, the neck and head bones had turned black.

Mrs. Lewis tried in vain to get the authorities to check the incident but most of them told her the horse had been struck by lightning. None of them had visited the area.

A check of the area by a forestry official with a Civil Defense geiger counter found the radiation count to be high.

The exhaust marks were radioactive as were the areas where the brush had been flattened. The count lessened however as readings were made closer to the dead horse.

Many residents of the area have reported sighting unidentified flying objects. One man said his car was followed by a top shaped object and a student at nearby Adams State College said both his rear tires blew out as he approached an object as it sat in a field. 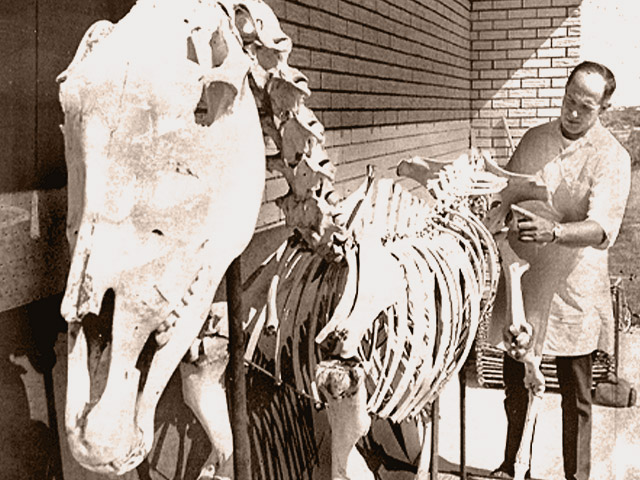 Dr. Wallace Leary obtained Snippy’s remains for use in his veterinary practice. While cleaning the bones for articulation, he discovered what he believed to be bullet holes, potentially offering a much for Earthly explanation for Snippy’s mysterious death.