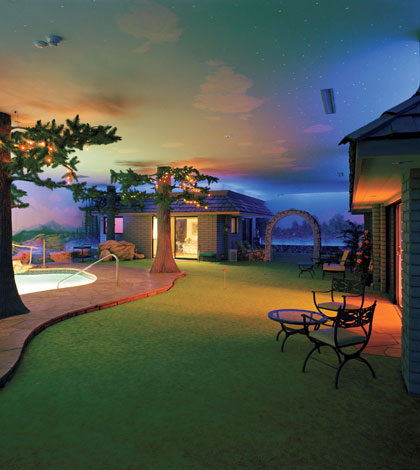 
The subterranean paradise at 3970 Spencer St. in Las Vegas was built 26 feet underground. At ground level a 2-bedroom caretaker house sits on the property. In the backyard, ventilation and air-conditioning units jut up from the dirt. Rocks conceal stairways and an elevator that lead down to the AstroTurf-covered front yard of the home below.