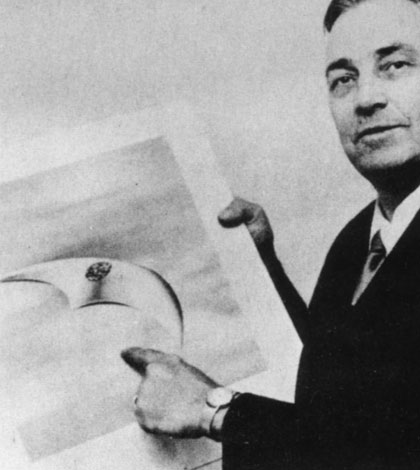 June 24th commemorates the first modern, post-war sighting of unidentified flying objects and the coining of the term “flying saucer.” 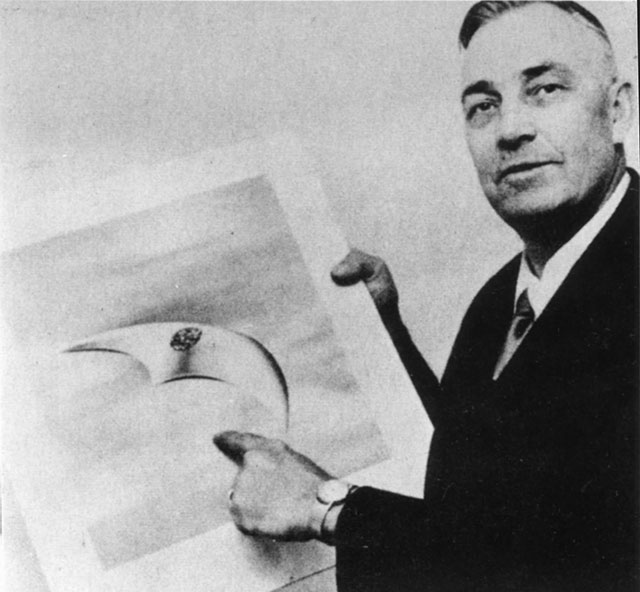 Pilot Kenneth Arnold with a sketch of one of the UFOs he saw near Mt. Rainier in 1947

Pilot Kenneth Arnold was flying near Mt. Rainier on June 24, 1947, when he witnessed nine shiny aircraft unlike anything he had seen before. Arnold described eight of the objects as thin, flat, pie-pan, or disk-shaped, while the ninth was a crescent coming to a point in the back. They were flying ahead of him in formation, moving erratically. In interviews, he described the motion like a kite-tail in the wind, or a saucer skipping on the water. He calculated their speed to be approximately 1,200 miles an hour. Although he had an eerie feeling, Arnold didn’t believe he had seen some kind of alien craft, he just thought it was some experimental new jet.

When he landed, Arnold told a friend about what he saw. News spread quickly about the first modern, post-war UFO sighting in the US. The June 26th edition of The Chicago Sun ran the headline “Supersonic Flying Saucers Sighted by Idaho Pilot,” which is believed to be the first use of the term flying saucer.

About two weeks later, on July 8, a story broke about a flying saucer crash on a ranch in Roswell, New Mexico.

Newspapers around the US and Canada reported 853 sightings of unidentified, saucer-like craft in 1947, at least 250 of which have been deemed credible due to the reputation of the sources or the accuracy of the details reported.

Arnold’s sighting is commemorated every year on June 24th as Flying Saucer Day.