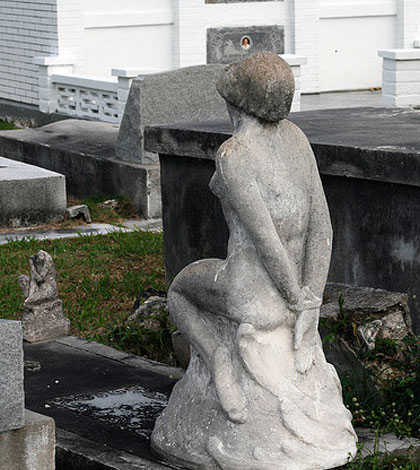 No one knows why this statue of a nude woman in historic Key West Cemetery is depicted with her hands bound behind her back. 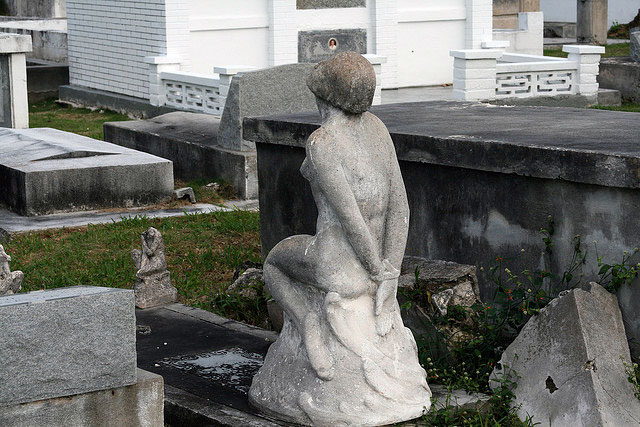 But perhaps the strangest thing you will find while wandering around the Old Town cemetery is the grave of Archibald John Sheldon Yates, adorned with a statue known as The Bound Woman. The figure, said to represent Yates’ wife Magdalena, sits nude above his head, her hands tied behind her back. 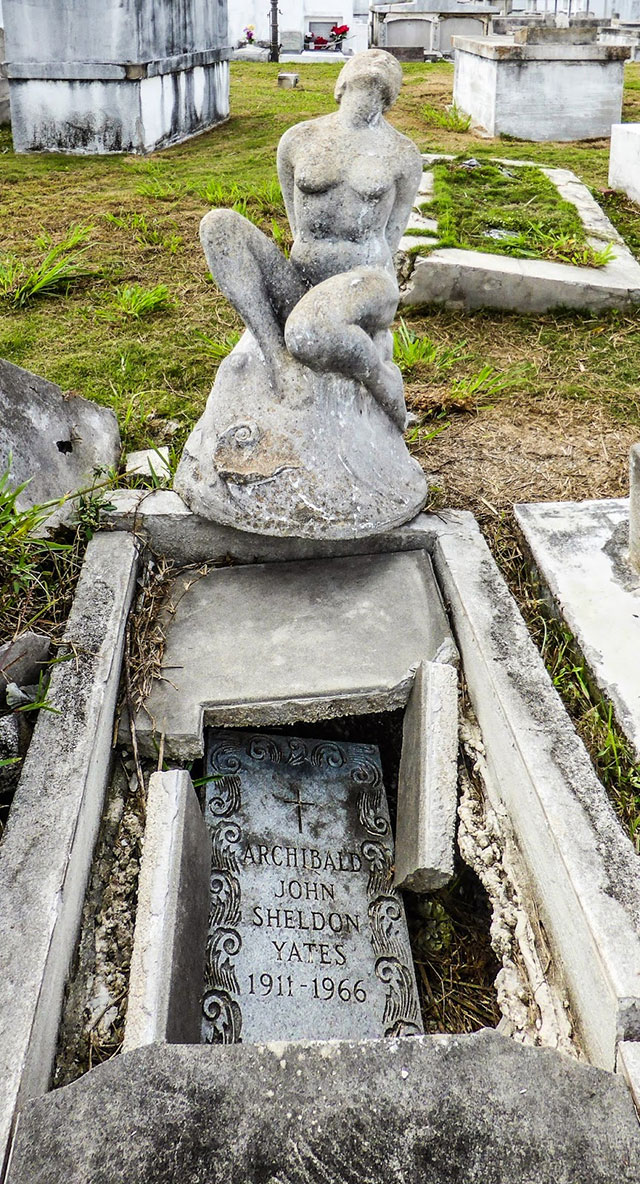 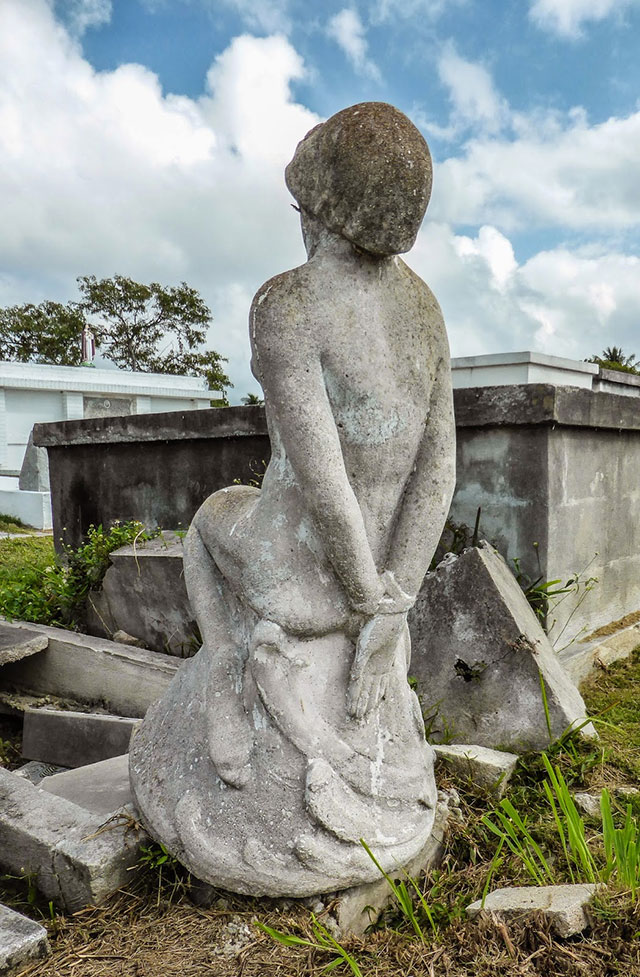 The Bound Woman has been mystifying visitors for years. No one knows why Yates insisted on having this statue placed on his grave, or what it is meant to represent.