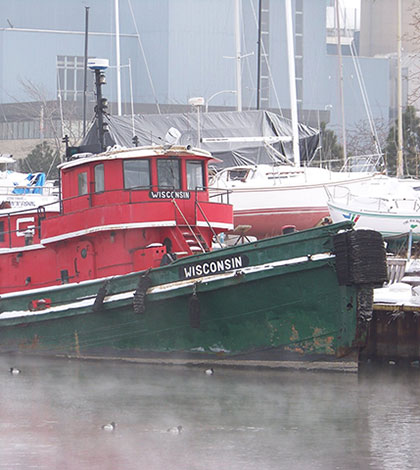 6 men lost their lives when the haunted tugboat Wisconsin sank in 1941. Since its restoration, strange phenomena have convince some that those men never left it. 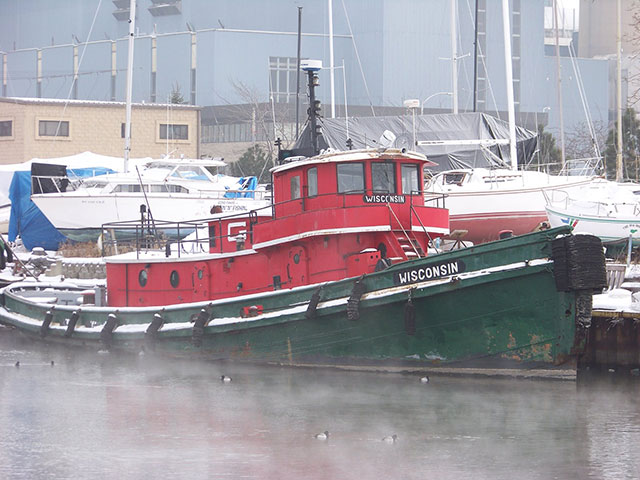 I recently learned about the haunted tugboat in Milwaukee from a friend who is a self-professed Great Lakes boat nerd. When he’s not filling me in on the latest weird news from Lake Michigan, he’s usually busy stalking freshwater freighters on radar and webcam, and researching the complete history of every ship.

About a year ago he made an impromptu trip to snap some photos of the SS Alpena during a brief layover in the Milwaukee harbor. It was there that a pair of friendly security guards confessed their unease about the small, otherwise unremarkable tugboat moored nearby.

October 23rd, 1941. A 552-foot steamer called the B.F. Jones had run aground. The tug, then named the America, was dispatched to help with 6 crew members. Built in 1897, the boat was already 44 years old. I haven’t been able to dig up any details on the circumstances, but age may have had a hand in the events that followed.

Somewhere in the Detroit River, en route to the stalled steamer, tragedy struck. The America went down with all hands.

The tugboat was eventually raised and repaired. It was renamed the Midway in 1982, and then finally became the Wisconsin in 1983.

Today, the 118-year-old Wisconsin is still in operation. It seems that anyone who spends some time with her, though, will begin to agree that the crewmen that went down with her in 1941 may have never left.

Rumor has it there are men who refuse to step foot on the boat. The engine has been known to cut out unexpectedly, and the guards my friend spoke to that day witness flickering lights and strange sounds on a regular basis.

Maybe some things are better left to the depths.

Do you have any information on the haunted tugboat or other strange things from Milwaukee or Lake Michigan? Tell me about it in the comments below or email me. 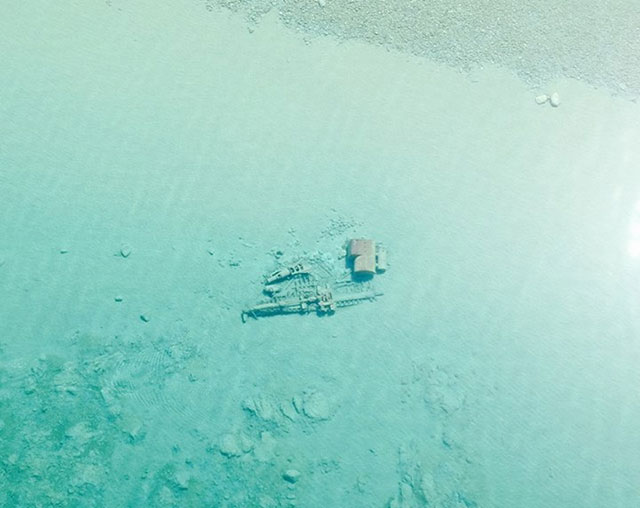 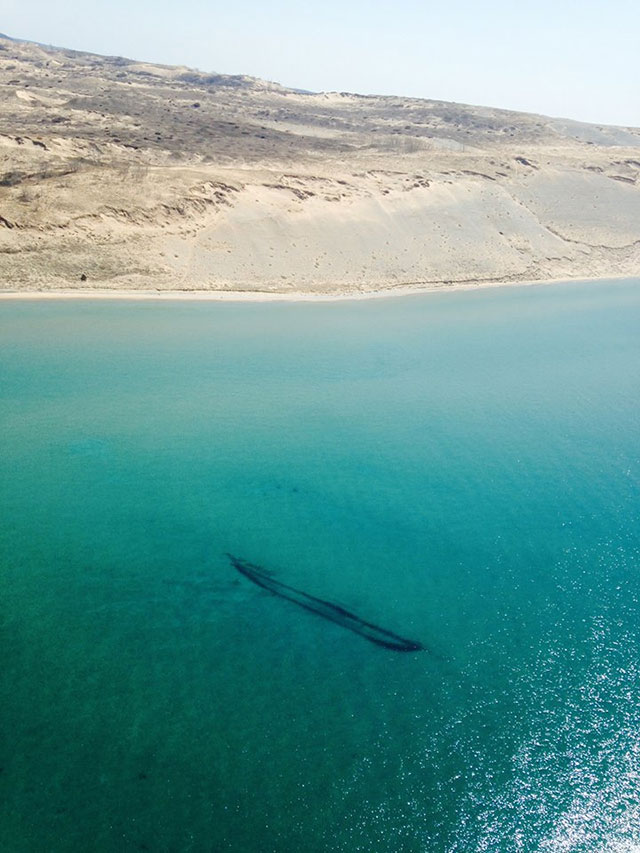 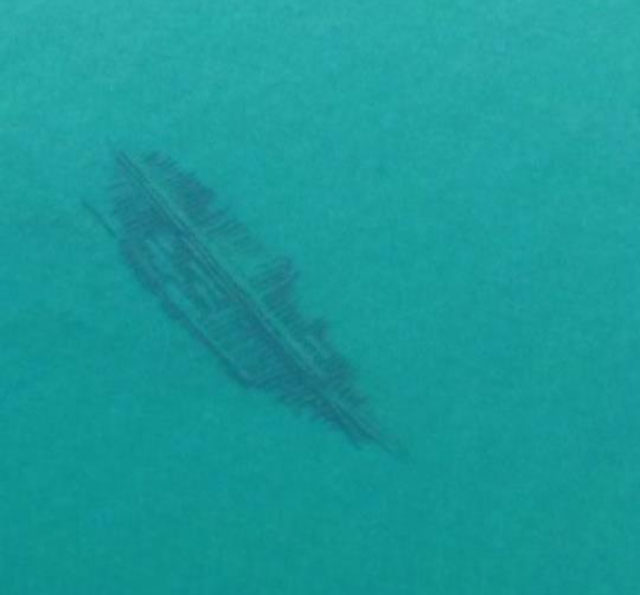 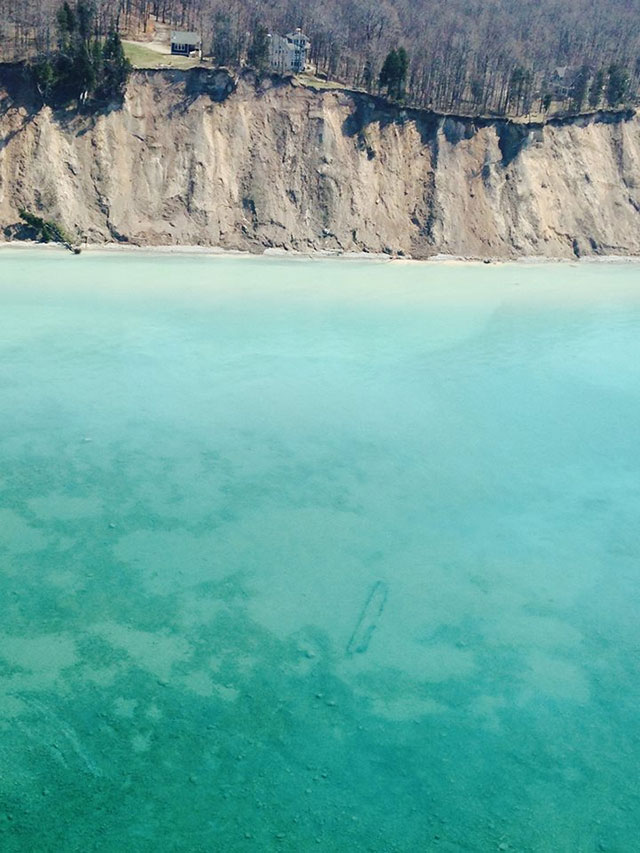 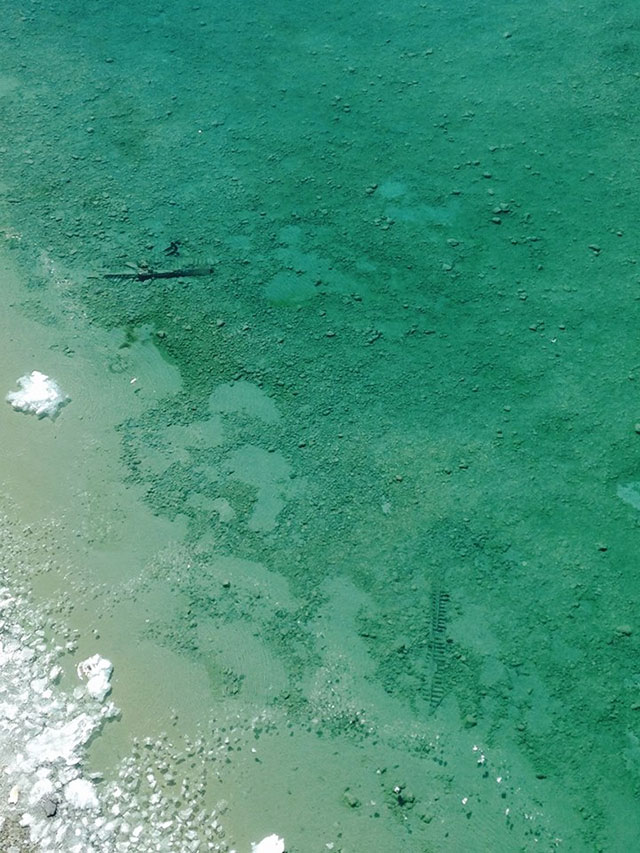 Giant crucifix at the bottom of Lake Michigan? For the first time in two years, the winter viewing will be held in Petoskey to see the unusual memorial through the ice. 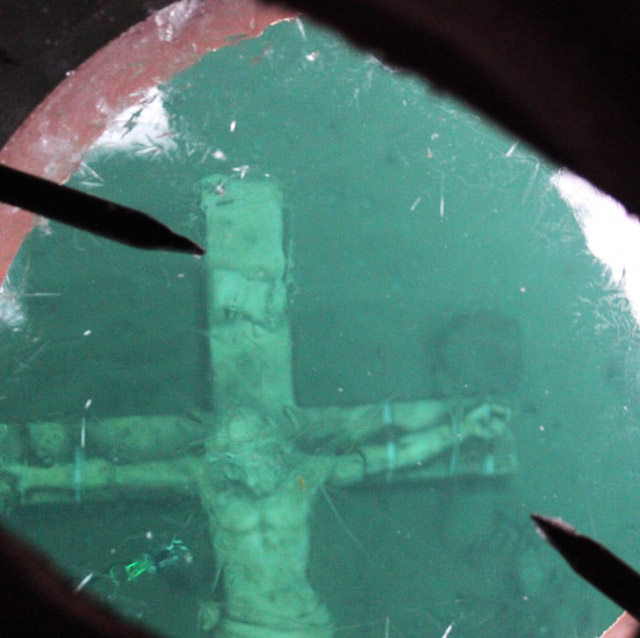 Nearly every year crowds pour onto the ice of Little Traverse Bay of the shore of Petoskey to get a glimpse of the large white marble crucifix lying at the bottom of Lake Michigan. The 11-foot Italian sculpture serves as a memorial for divers who have lost their lives in the frigid waters, but that is not what it was intended for.

In 1956, a 15-year-old boy named Gerald Schipinski died in a farming accident in Rapson. His family commissioned the sculpture, but it was badly damaged during its voyage across the Atlantic. The family refused it, and it spent the winter behind the church. A local dive group purchased the crucifix from an insurance sale the following spring for $50. 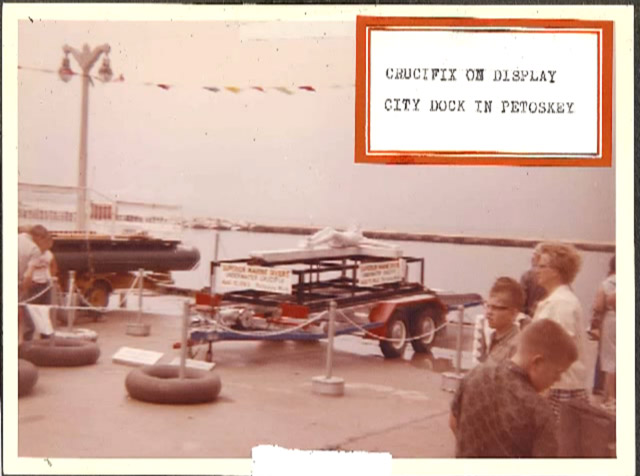 Following the death of a local diver, the group agreed to dedicate the cross to deceased divers. It was lowered 65 feet to the bottom of Little Traverse Bay in a dedication ceremony held on Aug. 12, 1962. During the dive, the right arm of Jesus fractured and vanished. After several years the crucifix became buried. 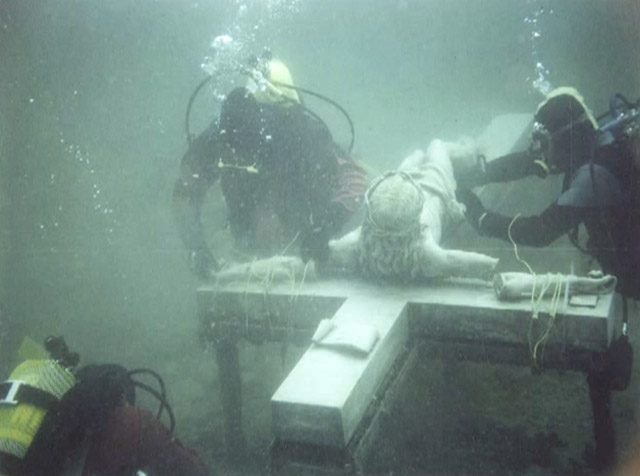 The underwater crucifix being raised for repairs in 1985

It was raised for repairs in 1985, the missing arm returned from the desk of a photographer in Detroit who was on the original dive team. When it was completed, the sculpture was resubmerged in a new location in 22 feet of water where it could be seen through the ice under the right conditions. The first winter viewing was organized by Little Traverse Bay Dive Club president Denny Jessick the following year in 1986.

An average of 1,150 people turn out for the viewing each year. Jessick is hoping for 2,000 this time around. 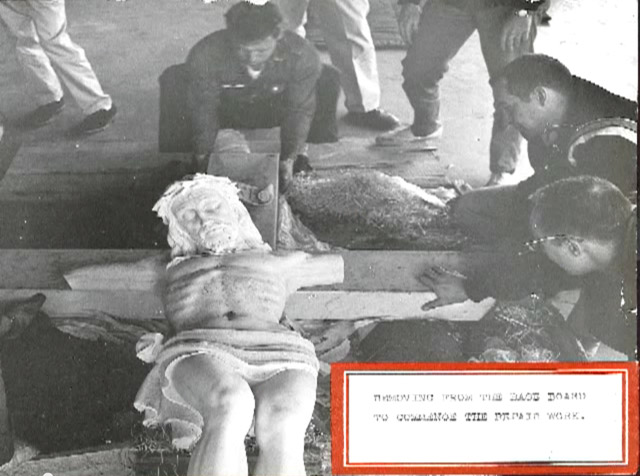 The Italian marble crucifix missing both arms of Jesus

This Saturday, March 7th, weather permitting, will be the first time the viewing will be held since 2012. A tent will cover a portal carved into the ice with a viewing box where the crucified form of Jesus can be seen haunting the cold depths.

For updated info on the winter viewing go to the Petoskey Visitor Bureau website.

Denny Jessick on the Mysteries of the Little Traverse Bay Crucifix

Now is your chance to own your very own Hobbit Home! The Door County Mushroom House in Wisconsin is on the market for the first time ever. 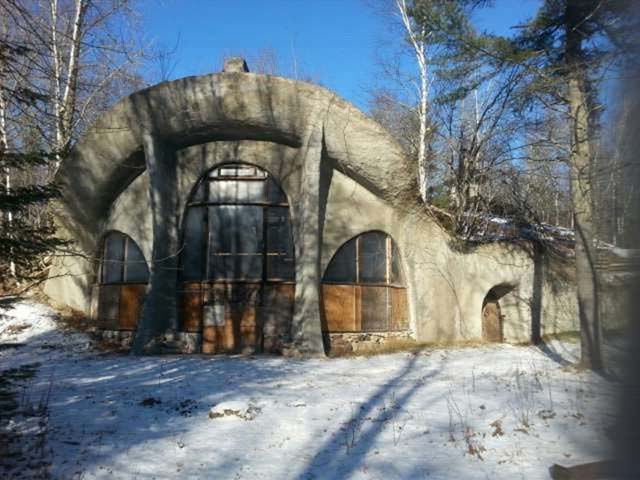 For the first time ever, the famous Mushroom House in Door County, Wisconsin is on the market. It has one bedroom, two bathrooms and 5,073 square feet of mystery.

The house has been sitting empty for many years, sparking many rumors and legends. However, it seems that the hobbit home was not quite as abandoned as it was believed to be.

The owner has recently passed away, making this bizarre, domed retreat on the edge of Lake Michigan up for grabs. But what is the price tag for such an unusual space, you might ask? 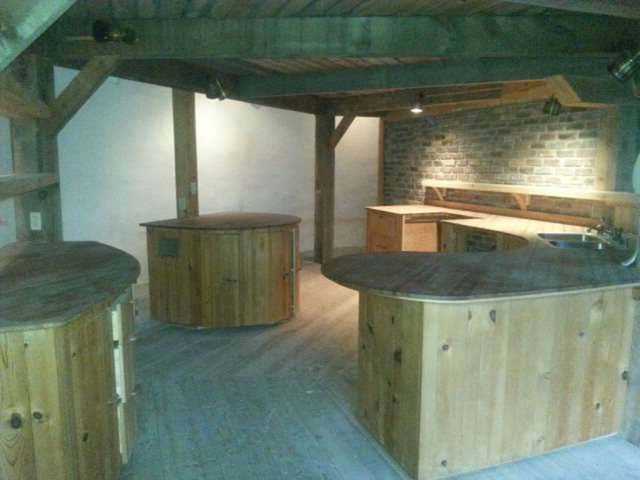 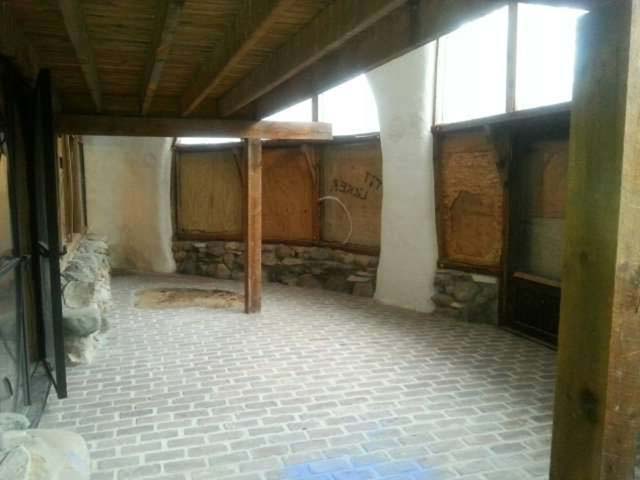 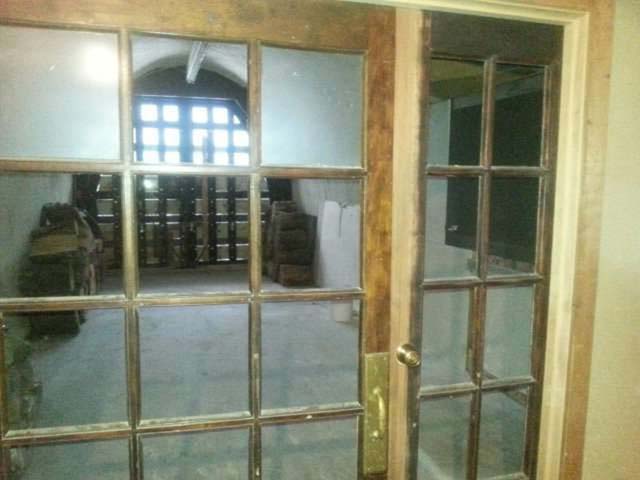 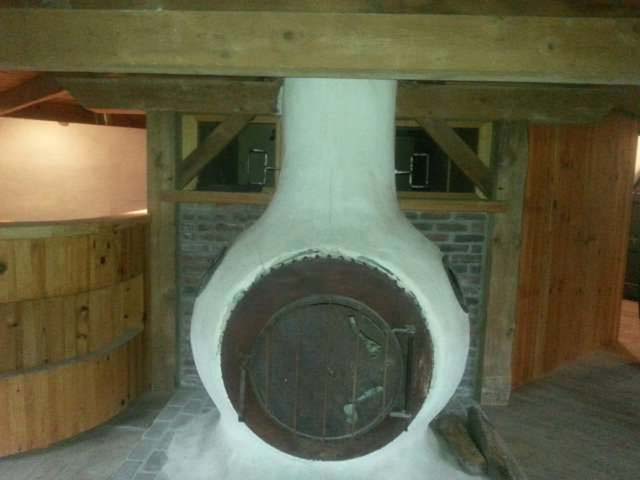 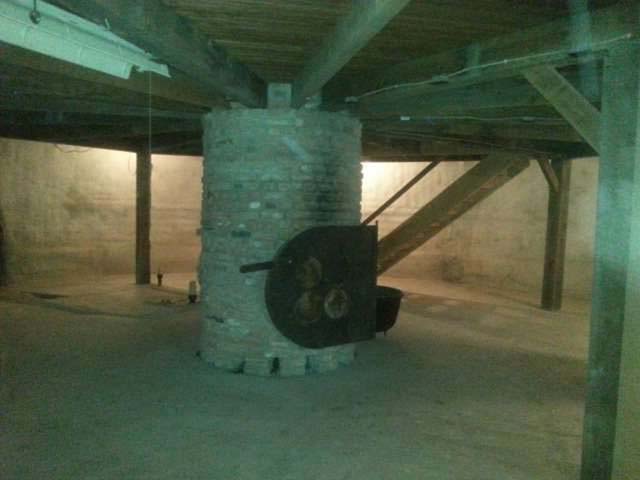 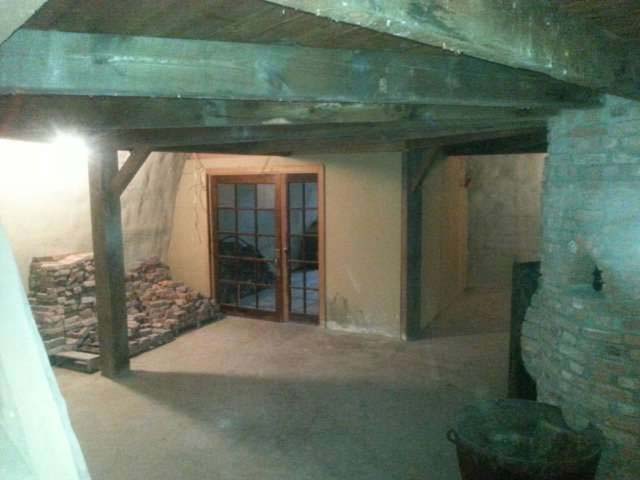 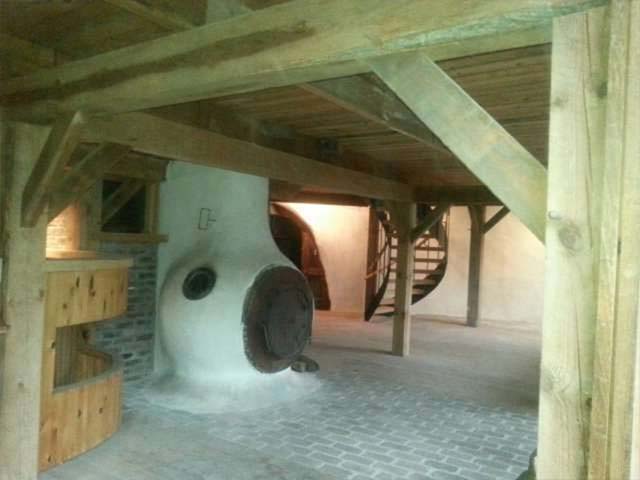 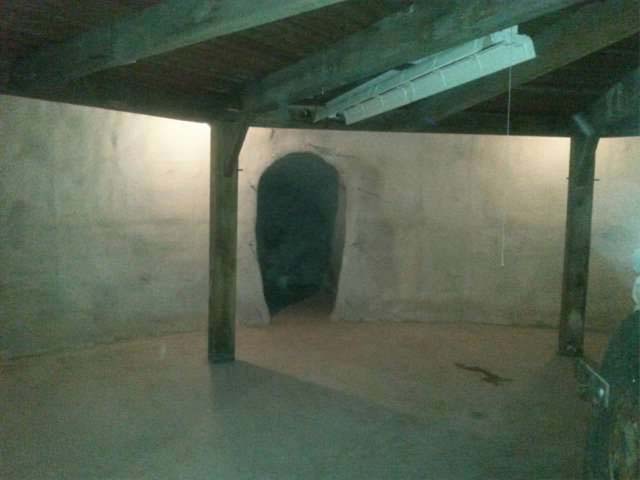 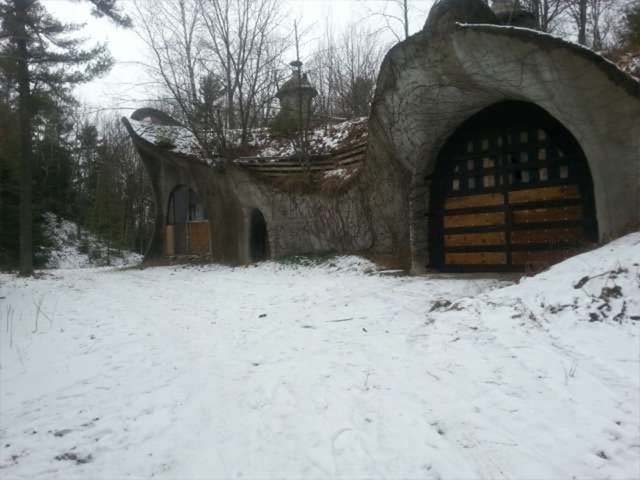 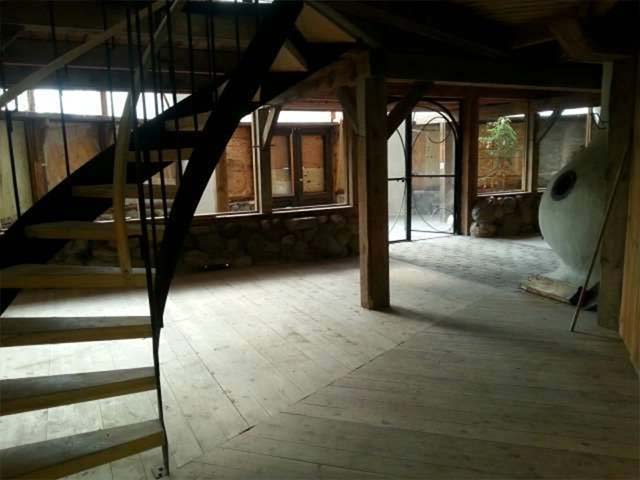 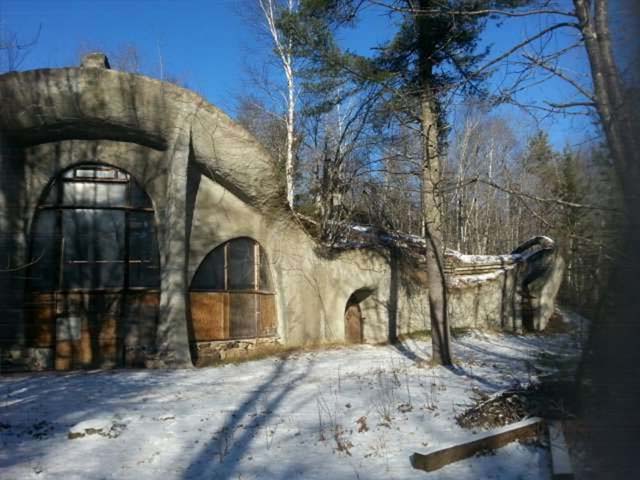