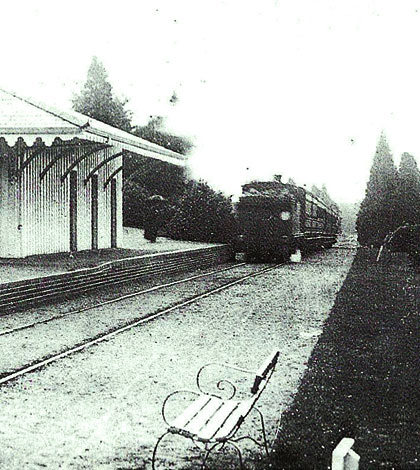 For almost a century the London Necropolis Railway transported corpses out of the city on funeral trains to Brookwood Cemetery. 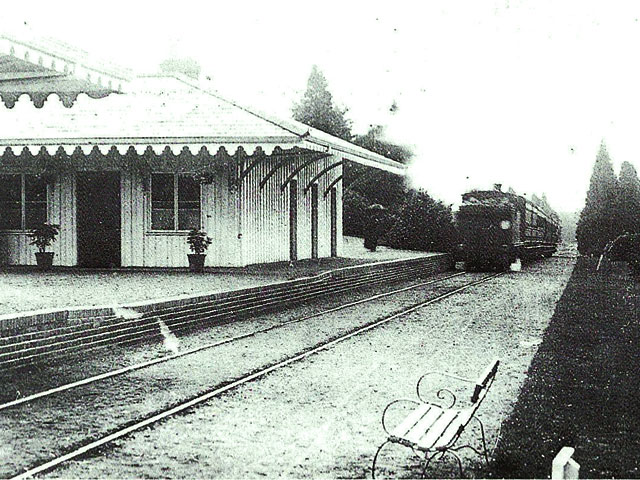 By the 1800s, London was running out of room for the dead. Overcrowded churchyard cemeteries were causing groundwater contamination and disease, motivating Parliament to pass a bill in 1832 to establish private cemeteries outside of the city. Seven new cemeteries, dubbed “The Magnificent Seven” by Hugh Meller in his book London Cemeteries: An Illustrated Guide and Gazetteer, sprang up between 1832 and 1841. Then, in 1852, the Burial Act gave the Secretary of State the power to regulate and close churchyards to new interments.

Another act the same year paved the way for the London Necropolis and National Mausoleum Company to handle the crisis of graveyards closing within the city. The company acquired a massive swath of land and created Brookwood Cemetery. It was intended to be large enough to handle all of London’s future burials for at least the next 350 years, capable of accommodating nearly 6 million graves in a single layer. When it opened, it was the largest cemetery in the world.

At the time, slow and expensive horse-drawn hearses shuttled funeral parties out to the existing seven cemeteries. Brookwood, located 23 miles outside the city, would be different. The London Necropolis Railway was established to transport bodies and mourners efficiently and affordably. Fares were so cheap, in fact, that golfers were known to disguise themselves as mourners to hitch a ride on the funeral train for an inexpensive trip to the courses around Woking. 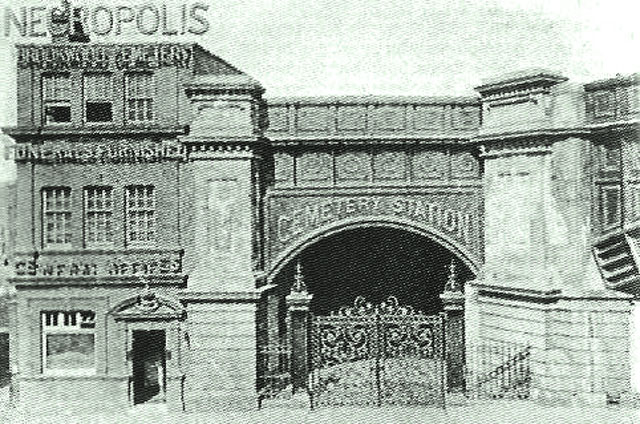 With tickets in hand for first, second, or third class funerals, mourners and corpses departed from a private station in Waterloo, London. The station was complete with private waiting rooms where funerals could be held, and a steam-powered lift to convey coffins to the platform level. They were whisked away by the London and South Western Railway down the company’s main line, and then onto a dedicated line into Brookwood.

Prior to the addition of the Brookwood Station and a run-around loop in 1864, there was no way to turn around on the cemetery branch of the railway. The locomotive would stop on the main line at Necropolis Junction, where the carriages were unhooked and pulled down the cemetery branch by two black horses. Meanwhile, the locomotive would be repositioned on the main track for the journey back to London.

There were two stations in the cemetery – the North station for nonconformists, the South station for Anglicans. Each station had two reception and refreshment rooms to separate the first class from the ordinary mourners, as well as apartments for staff. Great care was taken on the train carriages and hearse vans to keep families and remains of different class and religious background separated. According to London: City of the Dead by David Brandon and Alan Brooke, the Bishop of London Charles Blomfield “found the idea of cadavers from widely differing social classes all traveling in the same train from London quite offensive.”

Brookwood was consecrated on November 7, 1854. The first burials, stillborn twins of a Mr. and Mrs. Hore, according to author John M. Clarke in his book London’s Necropolis: A Guide to Brookwood Cemetery, took place on November 13. 64,000 were interred there in Brookwood in the first 20 years. The train ran once a day in those days, but Clarke notes that by the 1930s it was rarely more than twice a week. If there was only a single second or third class coffin for the day, the funeral would have to wait for the next service.

In 1902, the original Waterloo terminus was replaced by a larger, more attractive station on Westminster Bridge Road with its own mortuaries and private chapel. On the night of April 16, 1941, the station was bombed by a German air raid on one of the worst nights of the Blitz. Much of the building was damaged, and the tracks were completely destroyed. It was deemed not worthwhile to rebuild, so the London Necropolis Railway never ran again. What remained of the building was sold. The main entrance still stands today.