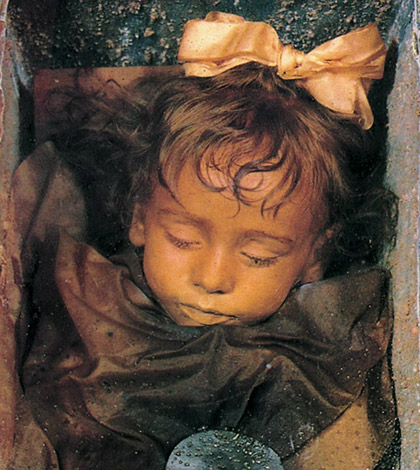 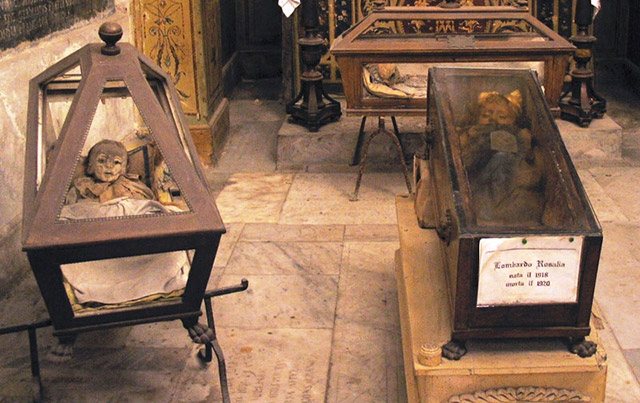 Rosalia Lombardo died at two years old of pneumonia in 1920. She was preserved by a skilled embalmer using methods only recently understood, and entombed in Italy’s Capuchin Catacombs.

Recently, a bizarre phenomenon has stirred controversy and sparked new interest in Palermo’s Sleeping Beauty. The eyes of the mummified child, who rests in a glass coffin, have been observed opening. In the video below, time lapse shows her eyes open slightly and then close again over a period of two hours.

While there is much speculation about the cause (restless spirits?), it is generally accepted that it most likely occurs due to temperature changes in the catacombs. 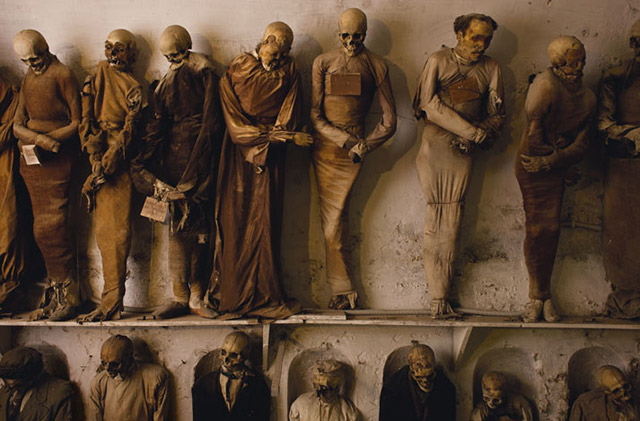 Mummies in the Capuchin catacombs of Palermo, Italy.

The monks began mummifying their brothers in 1599, entombing them in the catacombs below with their clothes and religious items. Soon locals began requesting burial in the catacombs, as well. One of the last to buried there before it closed in 1920 was Rosalia Lombardo, the child whose body has remained remarkably intact due to a process only recently discovered.