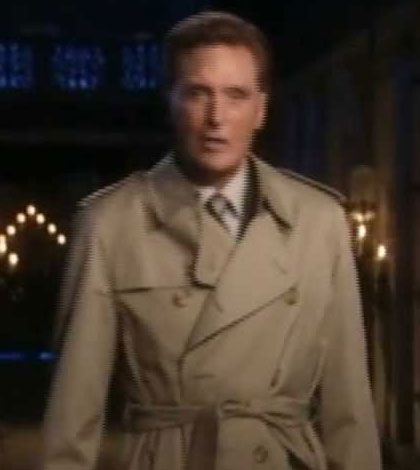 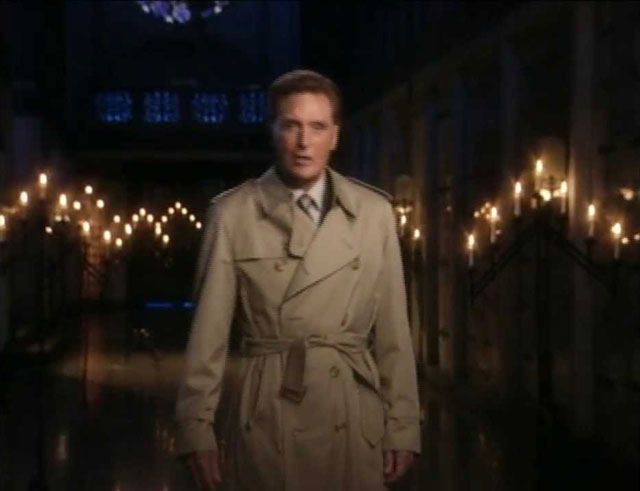 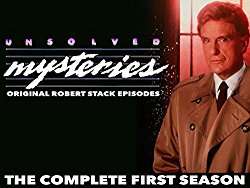 Until now, if you wanted to relive those cherished anxieties of days gone by, you had to dig up one of the out-of-print DVD collections compiling episodes by type, i.e. Ghosts, UFOs, Psychics, Miracles, Strange Legends. A couple years ago, when I was trying to track down the episode about the haunted Tallmann house that happened so close to home, it was apparently going to cost me $140 for the disc on eBay. 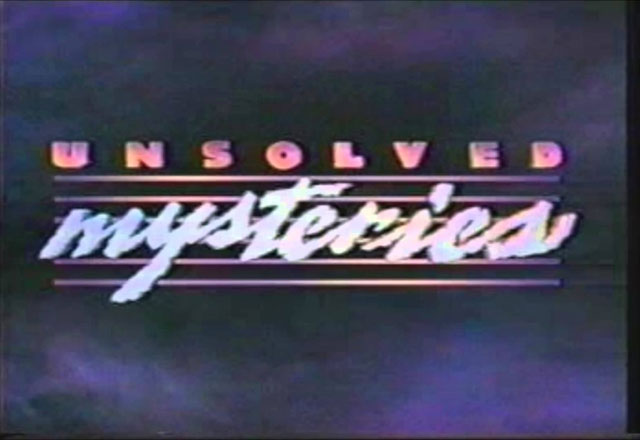 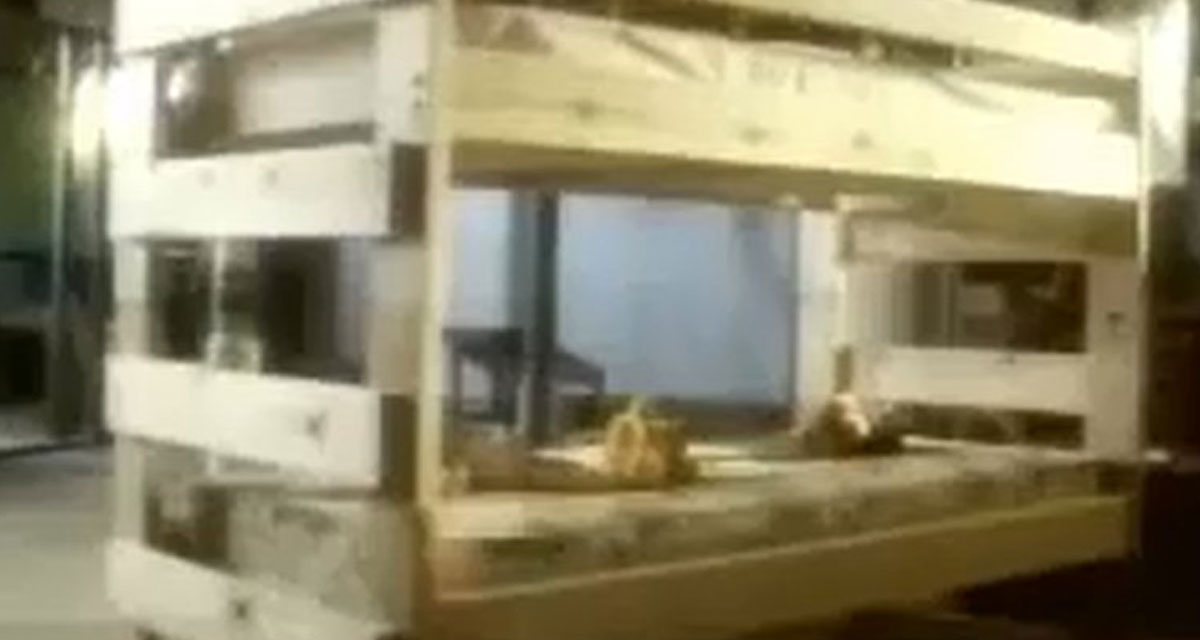 Tormented by a seemingly haunted bunk bed, the Tallmann family endured a horrific series of events before fleeing their home in the middle of the night. 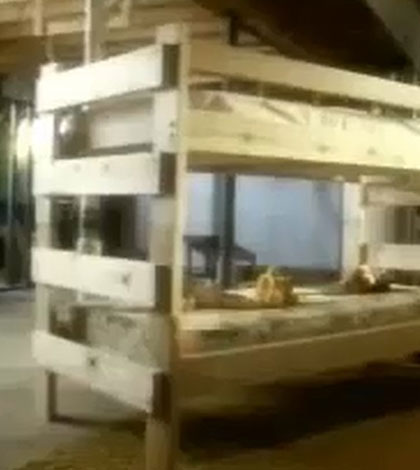 A family in Horicon, Wisconsin experienced nine months of torment after purchasing a second hand bunk bed that unleashed an evil entity into their home. 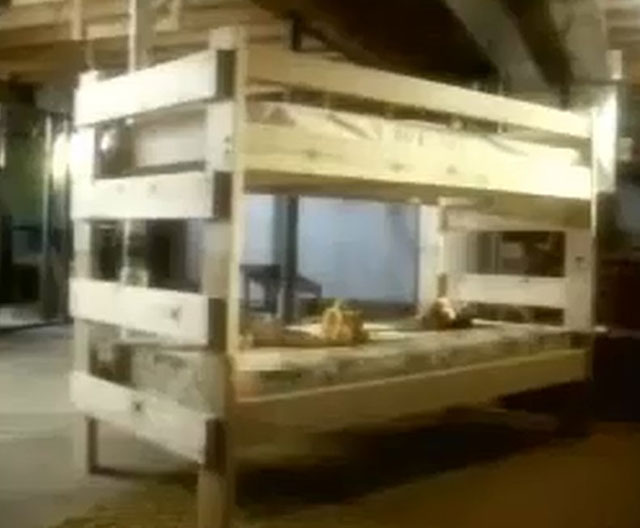 When I was young, my family drove through Horicon often on the way to visit relatives. I was seven when the story hit the media and someone, probably my mother, told me about the haunted house there. Every time we passed through I wondered which house it was and what horrors had happened there.

The story, it turns out, is pretty damn weird.

A Haunting in Horicon

In 1987 a family living in the small town of Horicon, Wisconsin was gripped by what may be the only case ever of haunted children’s bedroom furniture. Allen and Debbie Tallmann bought the bunk bed from a second hand shop and moved it into their home on quiet Larabee Street. Strange things began happening almost immediately. The radio would switch stations on its own. The children saw an ugly old woman in their room. She had long black hair and a glow like fire. Doors banged open and shut, a chair rocked by itself. Disembodied voices called out from empty rooms.

The Tallmanns decided to bring in their pastor, who said he felt the presence of the devil and blessed the house.

But the activity continued, and their son soon became so scared he no longer wanted to stay in the house. Frustrated one day, Allen walked into the house shouting at the top of his lungs, “Pick on me, leave my kids alone!”

The next day, whatever entity was inhabiting his home accepted the challenge. Allen heard a voice from the garage say “Come here.” When he went to investigate, he saw the orange glow of fire inside, with red eyes staring at him through the garage door windows. Later, while in bed sleeping with his frightened children, Allen witnessed a fog rise out of the floor. It turned into flames with green eyes. A voice emanated out of it, telling him “You’re dead,” and then it was gone.

A few days later, a relative of the family spent the evening at the house, helping Debbie with the children while Allen worked late. A skeptic of the paranormal, this relative became a believer that night when a horrific figure materialized in the bedroom as he was putting the children to bed.

The Tallmanns fled their home that night in the dead of Wisconsin winter.

As rumors began to spread, the media and hordes of people flocked to Larabee Street to see the house. One notable visitor was a drunk guy with a bible intent on performing an exorcism. Instead of casting the devil out and saving the town as he bragged to police officers, he was arrested for drunk driving.

The story of the haunted house in Horicon quickly took on a life of its own, growing to include blood oozing from ceiling, a hole to Hell in the basement, and a snowblower that cleared the driveway by itself.

The sheriff contacted the family and met with them at the station. Many harrowing and sleepless nights had Allen and Debbie on edge. After hearing their account of the events over the last nine months, he became convinced of their sincerity. At his request, they eventually shared the details of their experience with a few select members of the press who were not seeking to sensationalize their story and promised to protect their identities. The sheriff hoped the truth would quell the growing hysteria around town.

But the interest only continued to grow.

Following threats of arson, he eventually decided to release the address of the vacant house to ensure a neighboring home with a sleeping family didn’t get set on fire.

Sometime after the house was sold, the Unsolved Mysteries crew arrived to shoot on location with permission from the new owners. The episode, filmed inside the actual house, aired in October of 1988. Reenactments of the events featured local Milwaukee actors portraying the Tallmanns.

The episode is only available on the out-of-print Unsolved Mysteries: Ghosts DVD, a compilation of haunting stories featured in the series. 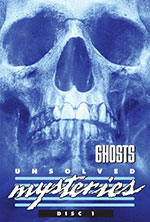 The Tallmann family disposed of the bunk beds. The house still stands on Larabee Street and, as far as I know, no further activity has been reported by the subsequent owners.