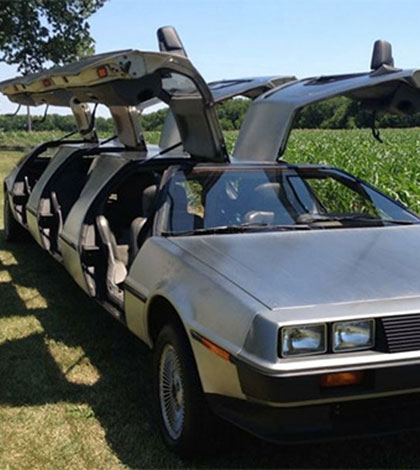 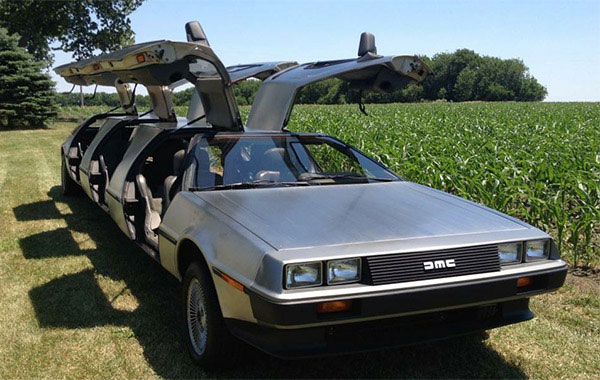 This DeLorean stretch limo with three full sets of gull wing doors was created by Rich Weissensel. It began as a sketch and an order for a custom stainless steel frame after meeting John DeLorean at the DeLorean Car Show in 2000, and took the following 12 years to complete. Rich had hoped to give John a ride in his creation, but it was nowhere near completion when DeLorean died in March of 2005. 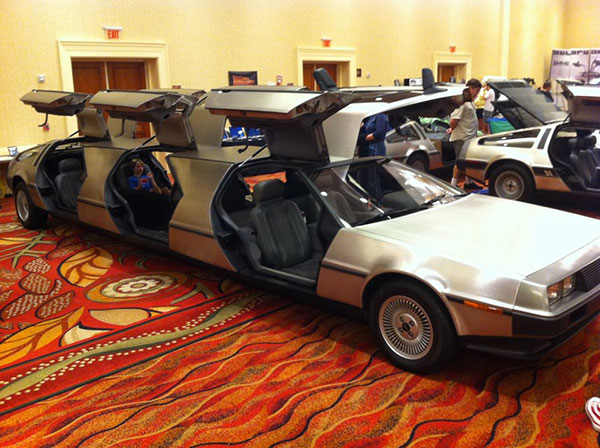 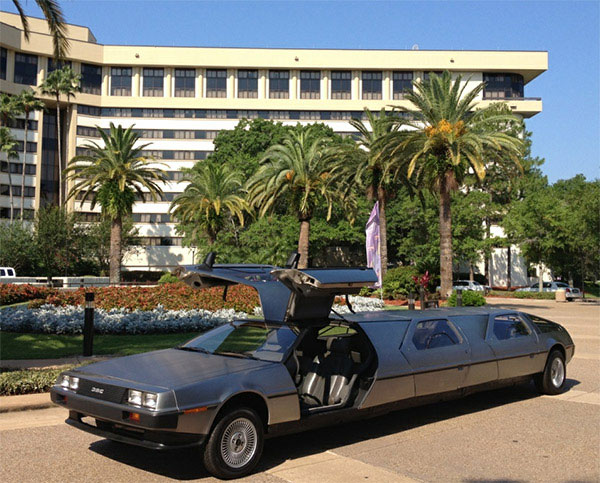 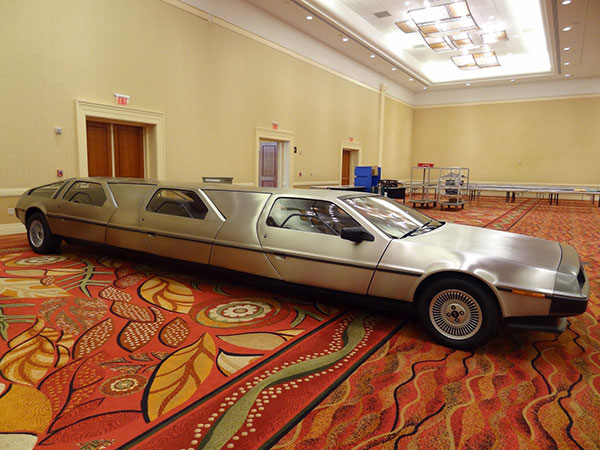 Rich is no stranger to crazy custom DeLoreans, as he is also the man responsible for D Rex, the DeLorean monster truck, a DeLorean hovercraft, a DeLorean roadster and other projects. 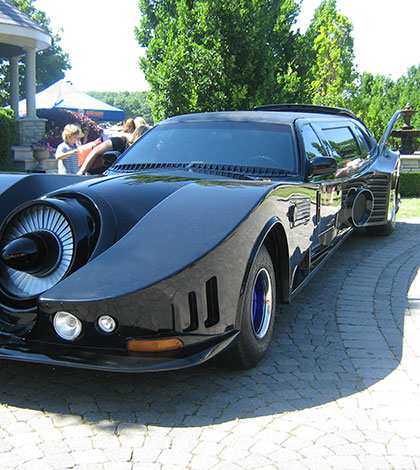