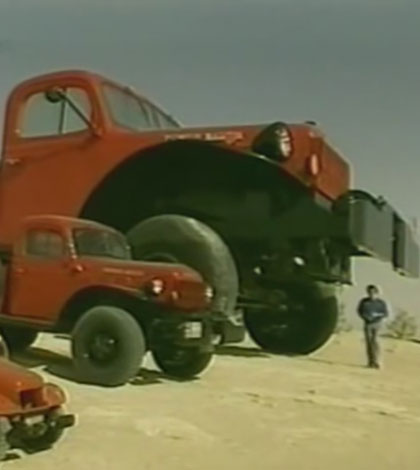 This massive 64:1 scale 1949 Dodge Power Wagon has a living room, four bedrooms, a bathroom…and it can be driven, too.


Hamad bin Hamdan al Nahyan is a member of the ruling royal family of the United Arab Emirates. For over three centuries, his family has ruled Abu Dhabi. He is worth some $20 billion, and is the quintessential rich eccentric.

Know as the Rainbow Sheikh, for his passion for the colors of the rainbow, apparently, Hamad owns his own island with his name carved into the land so large it can be seen from space. He lives in a castle. He has a collection of over 400 cars housed in a pyramid-shaped museum. His 7 Mercedes SEL 500s are painted in rainbow colors with matching M16s in their trunks. Outside the museum is a giant, globe-shaped motor home exactly 1 millionth the size of Earth.

The Sheikh also built two of the world’s largest working scale replicas. One is a massive Guinness World Record version of the Willys Jeep used in World War II. The other is a 1950s Dodge Power Wagon that you can actually live inside of. It has four bedrooms, a living room, air conditioning, and the tailgate lowers for a nice patio overlooking the Abu Dhabi desert. 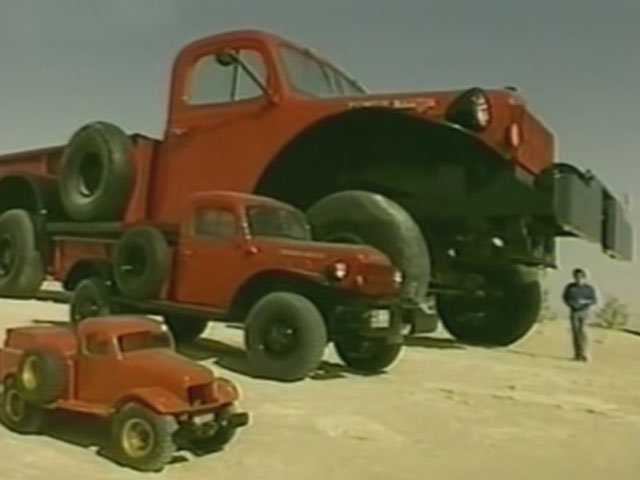 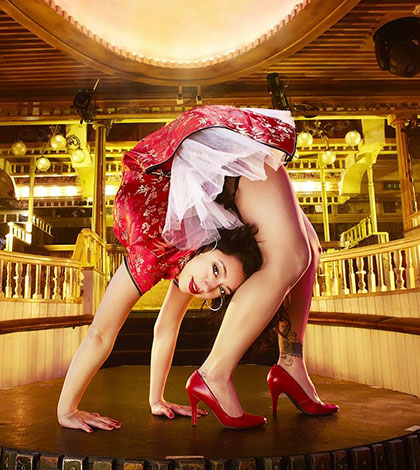