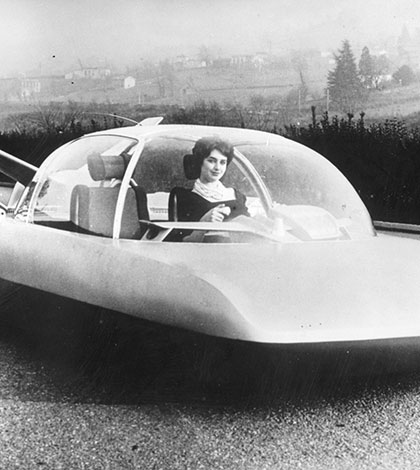 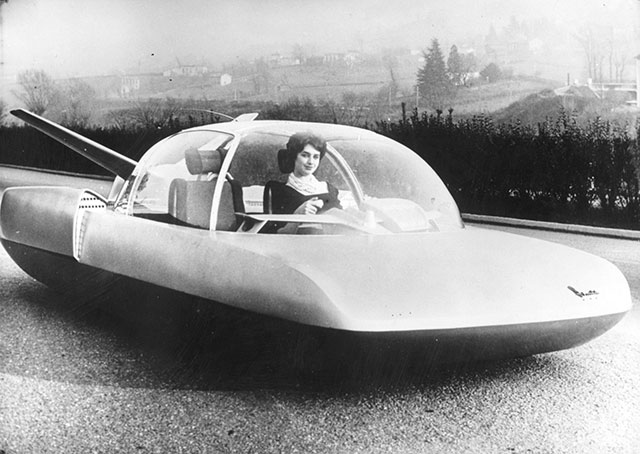 The Simca Fulgur was a concept car designed in 1958 by Robert Opron for the Simca automobile company in France. It was intended to show what cars in the year 2000 would look like.

The Fulgur was to be atomic powered and voice controlled. An on-board brain would communicate with a control tower to navigate via auto pilot. At speeds over 150kph two wheels would retract, allowing the Fulgur to balance on the remaining two wheels with gyroscopes.

The future was much more interesting 50 years ago. 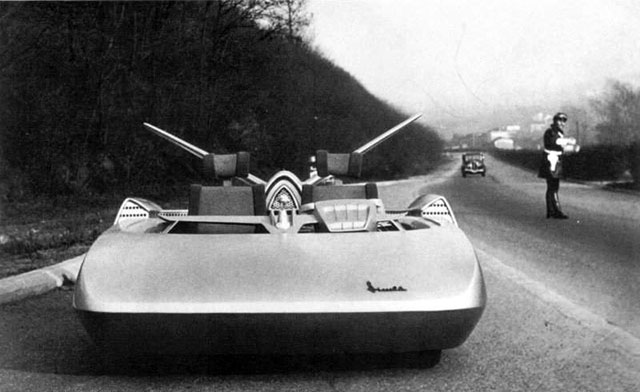 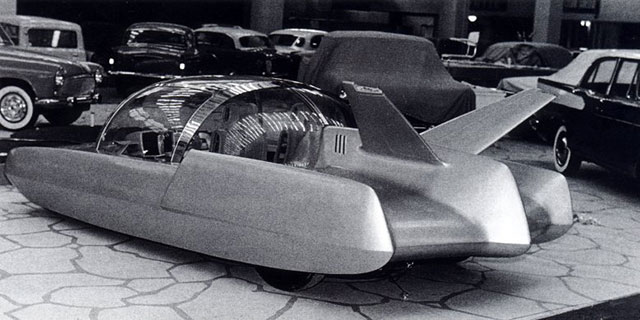 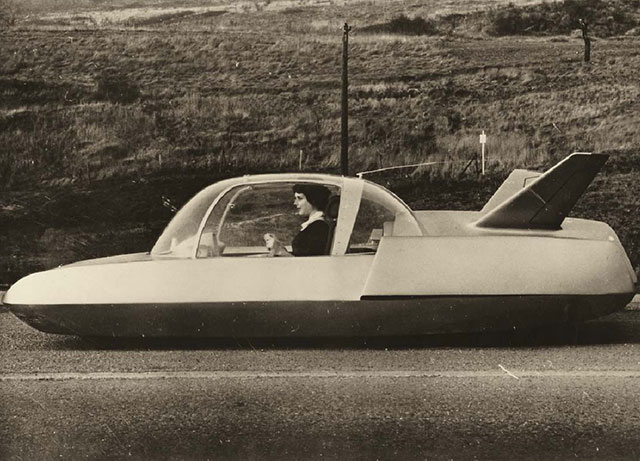 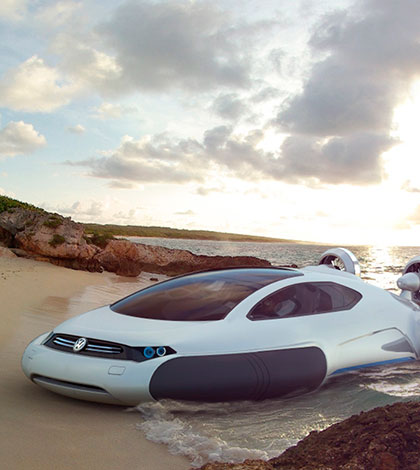