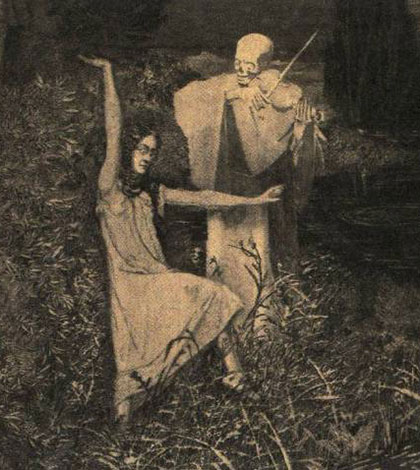 August Brömse (1873-1925) was a Czech artist heavily influenced by contemporary German art and culture. His Girl and Death series originated in 1901-1902. It is believed to echo his relationship with concert singer Eisa Schünemann.

The series consists of seven paintings: 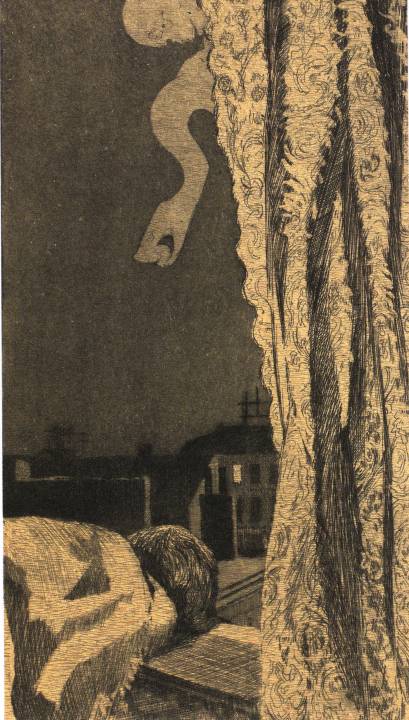 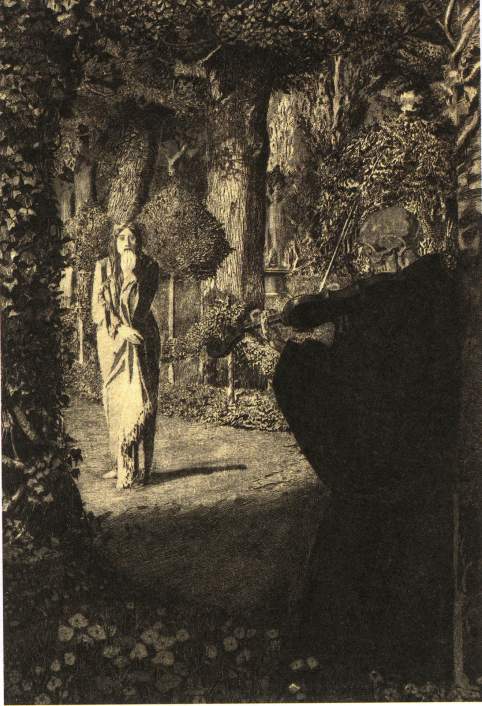 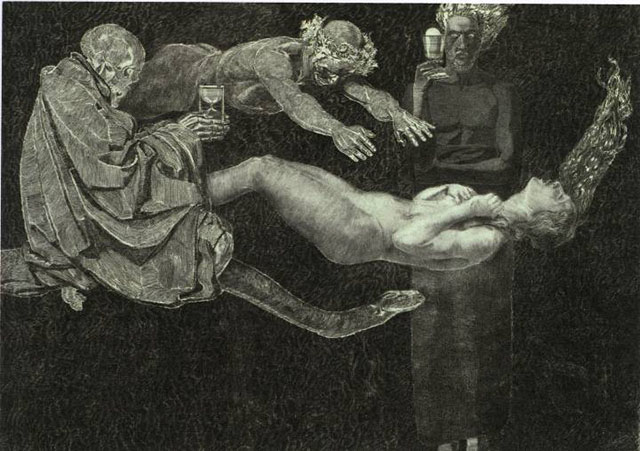 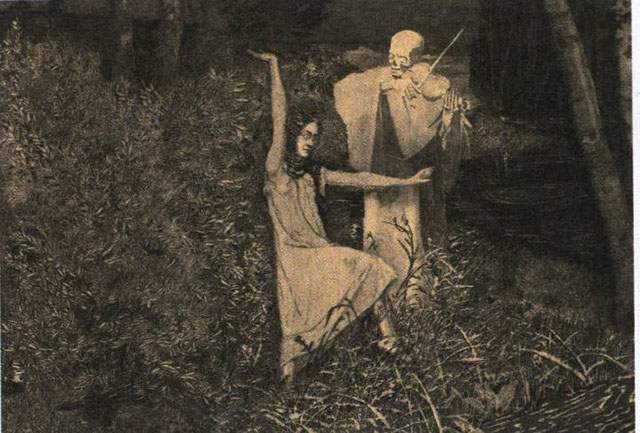 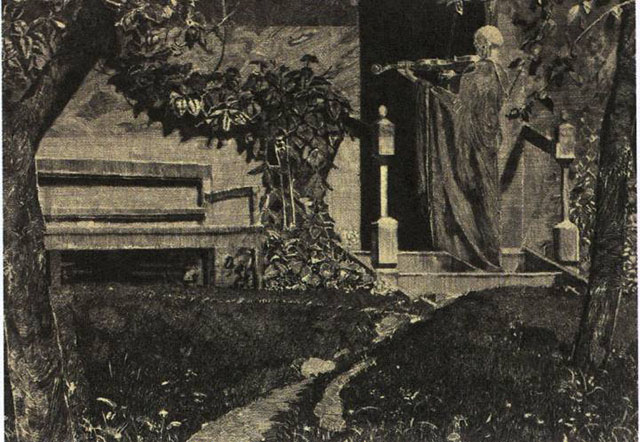 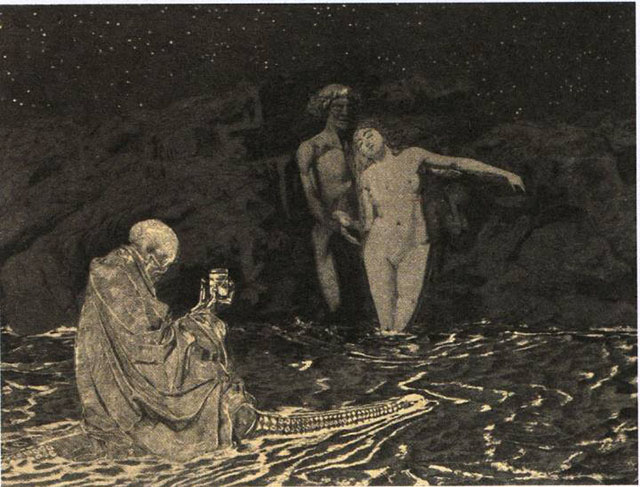 “The Girl and Death” is a modern variant of the Dance of Death. Death (a skeleton) plays a fantastic song on the violin; the girl listens in fascination and dances a wild dance — death accompanies her life’s pilgrimage. Life becomes endless suffering for the girl, cursed by the deity; her love is fatefully led from the start by tragic steps. As a symbol of the first fruits of sin the girl, in some sort of hypnotic trance, flies through space on a great snake which — in some prints of the series — holds an apple in its mouth. The concept of the landscape evokes a sense of unreality and timelessness. One of the last prints brings the whole story up to date. The girl lies prostrate on a window-sill; the anonymous roof tops of the modern city appear in the background.” — Otto M. Urban, In Morbid Colors: Art and the Idea of Decadence in the Bohemian Lands